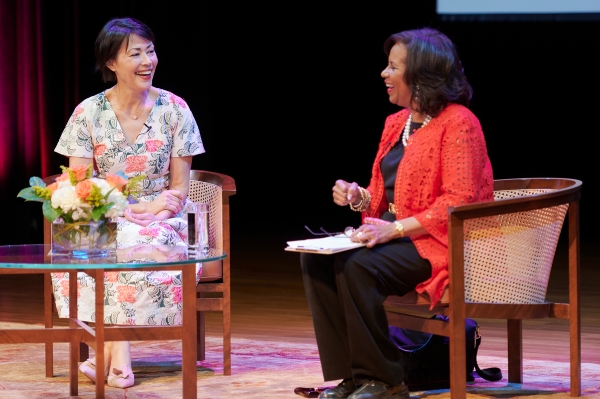 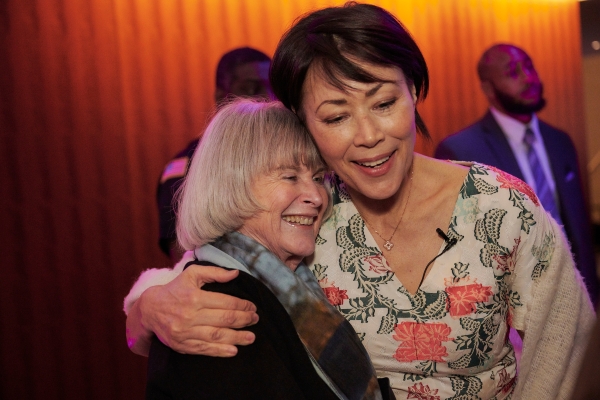 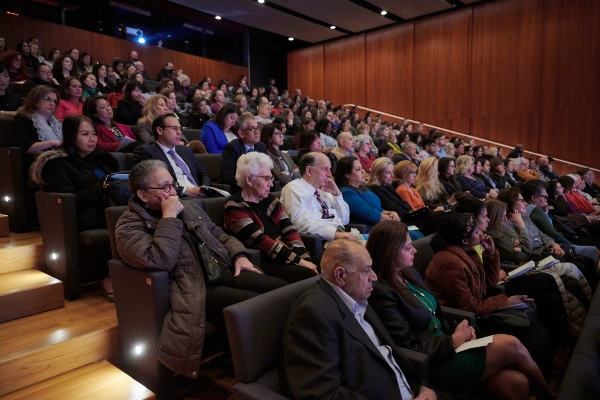 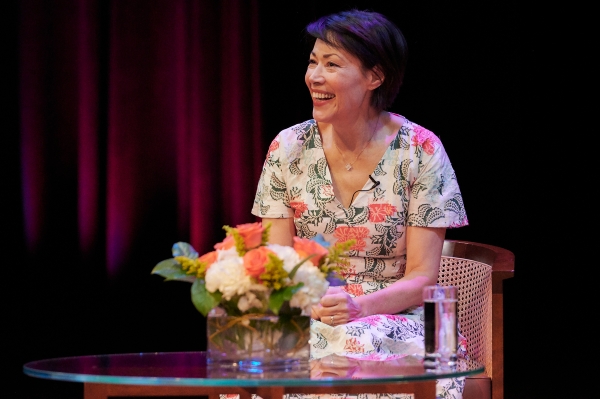 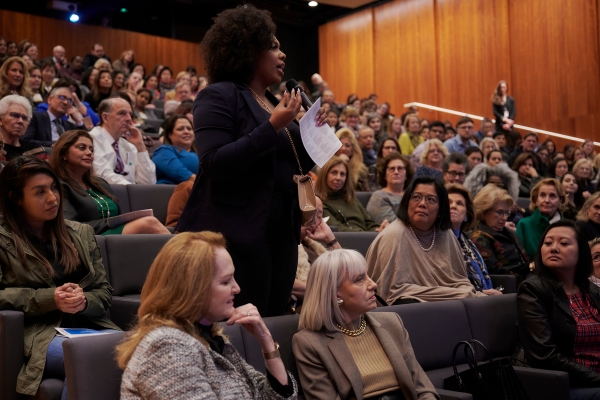 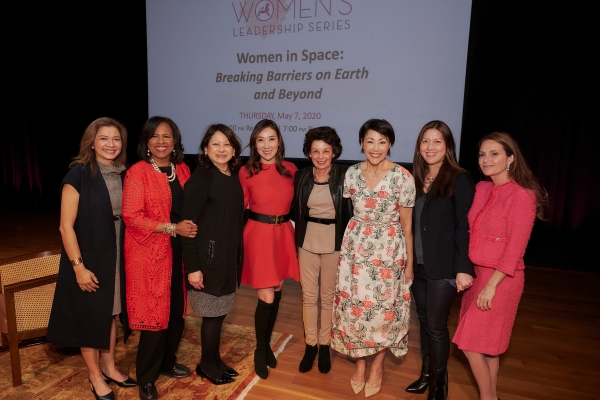 HOUSTON, March 4, 2020 — Asia Society Texas Center welcomed internationally recognized journalist Ann Curry for the second installment of the 2019-2020 Bank of America Women’s Leadership Series. With warmth and authenticity, Curry spoke about her family and career with moderator Melanie Lawson from ABC 13 before a sold-out audience.

Curry opened the program by sharing the story of how her parents met and then persevered as an interracial couple, setting the stage for a frank and open conversation throughout the evening. She discussed how she applied to only one university — because she couldn’t afford the applications fees for more — and was fortunate to be accepted by the University of Oregon, which had a journalism program.

Watergate and the Vietnam War, dominating headlines of the time, helped shape her perception of the profession of journalism, which Curry described as “not telling people what to think but giving them the opportunity to know so they could make up their own minds.” She explained that she sees journalism “as a service job, an effort to give people verifiable facts,” a mindset that has driven her to seek stories that are often overlooked.

In her role as international reporter for NBC, Curry traveled across the world, often facing dangerous environments. She emphasized again the importance of journalism as a service, to create a dynamic where different voices can be amplified and everyone’s concerns can be heard. This was particularly critical in the toughest assignments, such as covering genocide in Sudan. When working with her team to cover violence, she made sure everyone was heard. Treat everyone with fundamental human dignity, she said, and give an honest effort to give people the truth.

Curry also shared the challenges she had to overcome at the beginning of her career, including being the only woman in her first newsroom and being told that “women don’t have news judgment.” Knowing that more women would come after her, she decided to prove herself by being too good to be denied.

“What helped me get through it was, I knew there were women coming,” Curry said. “I could hear them coming. ‘Ann, you're not alone. Do the best job you can, because they're coming and they need to be here because stories need to be told from this perspective.’”

After Curry left her Oregon newsroom for Los Angeles, then NBC, more women did follow — female reporters, then anchors — and now she is proud to report that half of that newsroom is women. This became part of her theme for the evening, to encourage women to make space for those who come after.

Curry also touched on the challenges of women at work amid the #MeToo movement. She strongly criticized abuse of power in the workplace, which disproportionately affects women. At the same time, she called on men and women to be partners in solving the problem. “As we think about the rise of women, we cannot diminish men,” Curry said. “We need the best of men and the best of women.”

During the audience Q&A, Curry was delighted to answer questions from journalism students and spoke about fighting disinformation, serving the public, and distinguishing news from opinion. In her responses to questions by different audience members, Curry showed her passion for journalism in service of the truth, as well as her compassion for her fellow people.

“People care. Right now, we are overwhelmed with uncertainty and fear. We have to take a deep breath, pick your sources of information, and don't lose your heart,” Curry said.

“Don't lose your ability to care for others. All we can do is what we can do. And that is what we should do.”

Ann Curry is an award-winning journalist and photojournalist and former NBC News Network anchor and international correspondent. She has reported on conflicts in Syria, Afghanistan, Iraq, Somalia, Darfur, Congo, the Central African Republic, Serbia, Lebanon, and Israel; on nuclear tensions from North Korea and Iran; and on numerous humanitarian disasters, including the tsunamis in Southeast Asia and Japan, and the massive 2010 earthquake in Haiti, where her appeal via Twitter is credited for helping to speed the arrival of humanitarian planes. She has contributed groundbreaking journalism on Climate Change, interviewing scientists and native peoples, documenting glacial melt in the Arctic, the Antarctic, and on Mount Kilimanjaro, as well as documenting the deepening drought in the American West. Ann is also known for her focused reporting from inside Iran, giving voice to its women, human rights activists and young people, including Green Revolution activists. She also first broke the news of Iran's interest in negotiating a nuclear agreement with the outside world. For her stories Ann has also traveled to the South Pole, South Africa and Botswana, Somalia and Kenya, as well to Syria, Chad, Liberia and Pakistan, among other places.

She has also reported and executive produced a twelve hour documentary series about transformative world events on PBS, is a featured writer for National Geographic Magazine, and is the anchor and executive producer of the live series “Chasing the Cure” on the Turner Networks, an initiative to connect misdiagnosed and undiagnosed patients with top doctors worldwide.

Ann has won 7 national news Emmys and numerous Edward R. Murrow awards, Gracie Allen Awards, and National Headliner Awards. The NAACP has honored her with an Excellence in Reporting award. Women in Communications has awarded her a Matrix. Ann has also been given numerous humanitarian awards, including from Refugees International, Americares and Save the Children. One award she especially prizes is a Medal of Valor from the Simon Wiesenthal Center for her dedication to reporting about genocide.