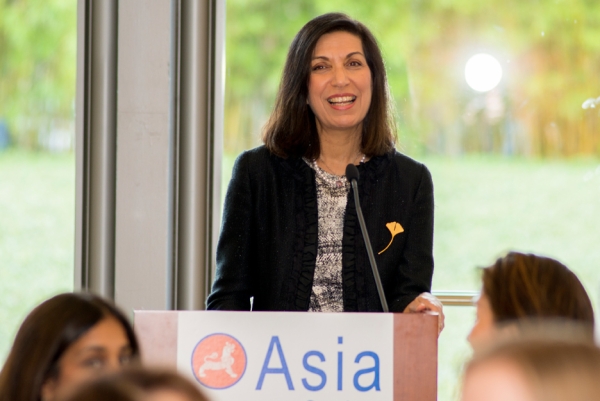 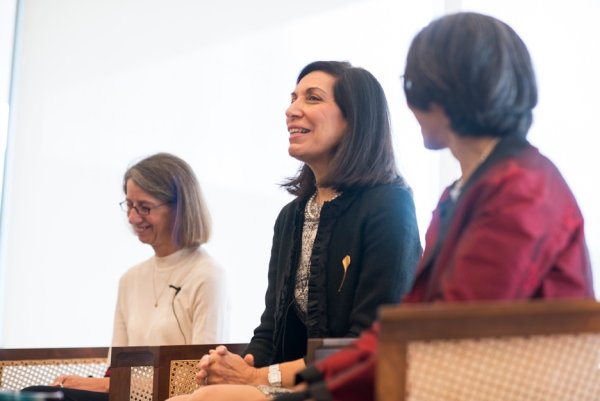 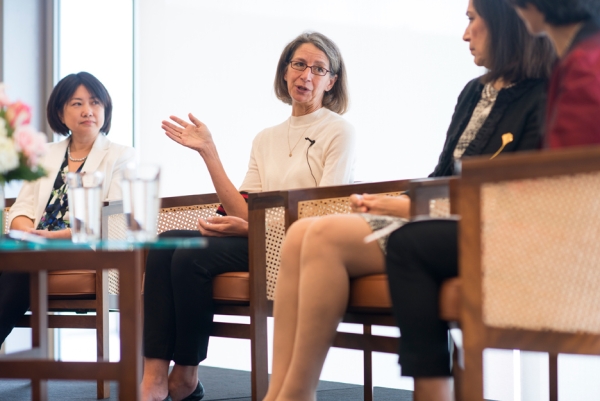 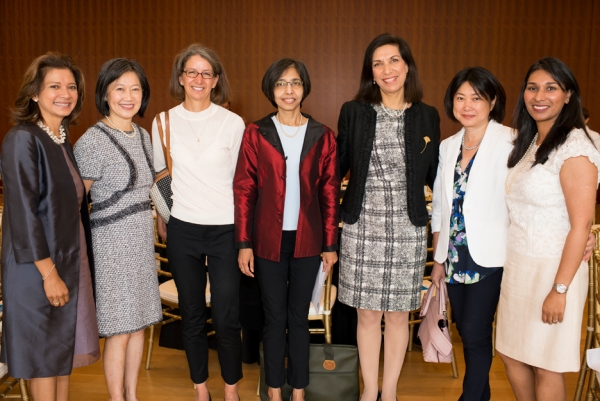 Keynote Dr. Huda Zoghbi was joined by panelists Dr. Deborah Lin, Dr. Rebecca Richards-Kortum, and moderator Dr. Binata Mukherjee. Major points of discussion were work-life balance and women’s role in STEM (science, technology, engineering, and mathematics). Dr. Zoghbi was complimentary in her remarks, arguing that two strong qualities of women are “they don’t take on the job unless they can do it" and they "always ask good questions along the way.” She shared that men have played a positive role in her life, being influential in her path to success. She acknowledged that she has experienced times when her confidence was shaken, but that she gained the courage to believe in herself and has now earned a number of accolades. Among her honors are the 2017 Breakthrough Prize in Neurodegeneration, the Shaw Prize in Life Science and Medicine for 2016, the National Academy of Science’s 2016 Jessie Stevenson Kovalenko Medal, the 2014 March of Dimes Prize in Developmental Biology, the 2013 Pearl Meister Greengard Prize from Rockefeller University, and the 2011 Neuroscience Prize of The Peter and Patricia Gruber Foundation.

Dr. Richards-Kortum remarked that a small percentage of bioengineering faculty are female, yet “the power to change and grant access to the field is in our [women’s] hands.” She also spoke on her passion for teaching, sharing how her students contribute to her own research. Together, they create a critical mass of people striving to solve the same challenges. She gains energy when envisioning the positive impact her work can create. Dr. Lin, whose work on asthma and respiratory ailments became the foundation for studying effects of 9/11 on children’s health near New York City’s ground zero, shared that real-world experience is important for the application of what students learn in school.

The next Bank of America Women’s Leadership Series event will take place in early 2018 and feature women in technology. Please check AsiaSociety.org/Texas for updates and announcements.