About the Building | Asia Society Skip to main content

Asia Society Texas Center is an architectural marriage of east and west. Designed by Japan-born, Harvard-educated Yoshio Taniguchi, it combines contemporary international design with an understated elegance and serenity one associates with Asia. Its 40,000 square feet is spread over two stories and basement, resulting in a low-slung profile that fits comfortably into its residential surroundings. Yet the building immediately draws the eye—first by the grace of its lines, then by the materials and workmanship that went into its making. When it opened its doors to the public on April 14, 2012, the Center took its place as an iconic addition to Houston’s architecturally rich cityscape.

The project began in the mid-1990s, when it became obvious to the Asia Society Texas Board of Directors that if the 16-year-old organization was to thrive, it needed a home of its own. The Texas Center acquired its own 501(c)(3) to ensure that funds raised for the Capital Campaign would remain in Texas and proceeded with plans to construct a building that would include exhibition space, conference rooms, classrooms, and a theater. The search began for property in Houston’s high-profile Museum District and for an internationally recognized architect who could realize the Board’s ambitious vision.

In 2003 the Texas Center purchased a 2.3-acre building site in the neighborhood that includes the Museum of Fine Arts, Houston, Contemporary Arts Museum Houston and other major cultural institutions. The following year the block-size property across the street was purchased for parking. In 2004, with the selection of Taniguchi, the project moved into high gear. Construction on the $48.4 million building began in January 2010 and by fall 2011 was complete.

The building's functional spaces reflect the scope of Asia Society Texas Center's mission of promoting understanding among the people, leaders, and institutions of the United States and Asia and increasing knowledge across the fields of arts and culture, policy and business, and education.  The Texas Center hosts a wide variety of public programs, from addresses by Asian thought leaders and policy experts to music concerts and dance performances to activities for children and families.

The two-story Fayez Sarofim Grand Hall, which visitors enter through the building's main entrance, provides a stirring introduction to the Center. It also serves as the lobby area for the Brown Foundation Theater. The Information Desk is located at the west end of the Hall.

The Louisa Stude Sarofim Gallery hosts both traditional and contemporary Asian and Asian American art. The space houses two to three touring and temporary exhibitions a year. Adjacent to the Sarofim Gallery is the Allen Sculpture Garden. Viewable from the Gallery foyer and from the Gallery itself, it features an installation by Korean artist Lee Ufan, Relatum - signal, a 2011 work commissioned especially for the space. Black bamboo trees - a rare sight in Houston - form the backdrop of the Allen Sculpture Garden.

The Edward Rudge Allen III Education Center is home to breakfast, luncheon, and dinner events featuring speakers on topics ranging from Chinese politics to business opportunities in India. The room can seat 200 banquet-style. The Education Center's south wall consists of floor-to-ceiling glass, which floods the space with light (special screens drop from the ceiling to darken the room for Powerpoint and video presentations).

Glass doors open onto the Chao Foundation Green Garden. Covered with Asian Jasmine, it is an inviting place to stroll on a pleasant evening. Movable walls divide the room into as many as three large classrooms.

The Water Garden Terrace is the serene heart of the building. It looks out over the second-floor Elkins Foundation Water Garden. In the distance, framed by Texas Heritage oaks, the skyline of downtown Houston comes into view. The Water Garden is a marvel in itself. Some 12,000 gallons of constantly recirculating water fill the stainless steel tank. Three waterspouts spring to life on an adjustable schedule, as do spools of artificial fog along the outer edge of the pool. Comfortable chairs make this an inviting place to sit and relax.

The North Gallery provides an intimate space for small exhibitions of contemporary and traditional Asian art.

For his first freestanding building in the United States — previously he was best known in this country for his expansion and renovation of the Museum of Modern Art in New York — Taniguchi combined graceful design with stunningly beautiful stone, wood and glass to give Asia Society Texas Center its distinctive character.

The landscape plan by the Office of James Burnett, a nationally recognized landscape and design firm, plays an important role in creating the aesthetic effect architect Yoshio Taniguchi sought for this stunning building. Native Texas plants and trees combine with Asian flora to form an understated and harmonious environment for visitors, one that binds the natural world with the stone, wood, and glass of the structure. In the Sterling-Turner Festival Lawn and around the perimeter of the building you will find: 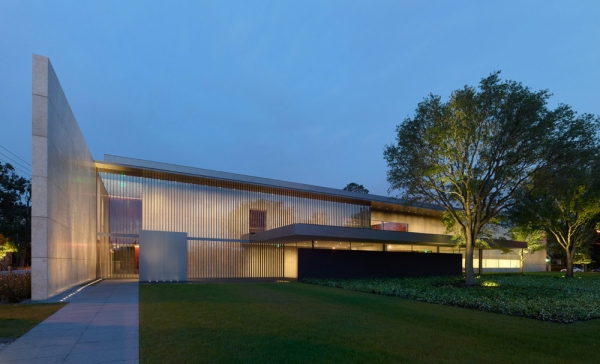 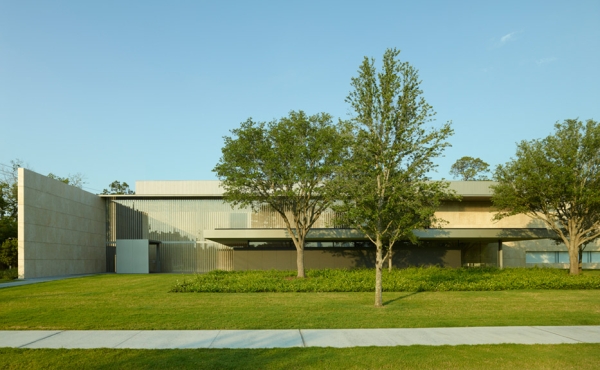 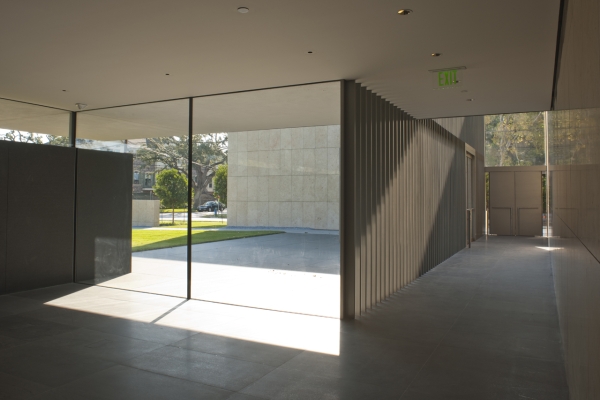 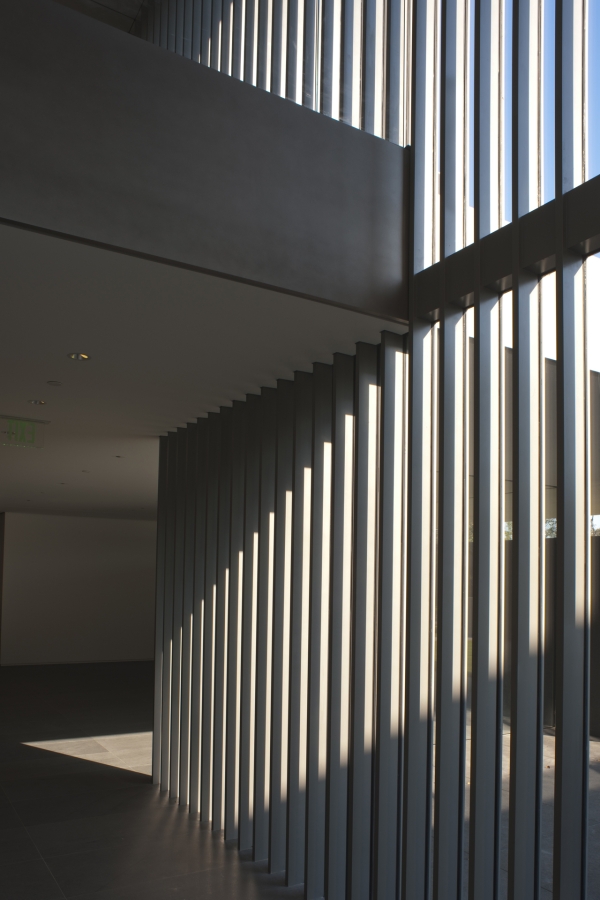 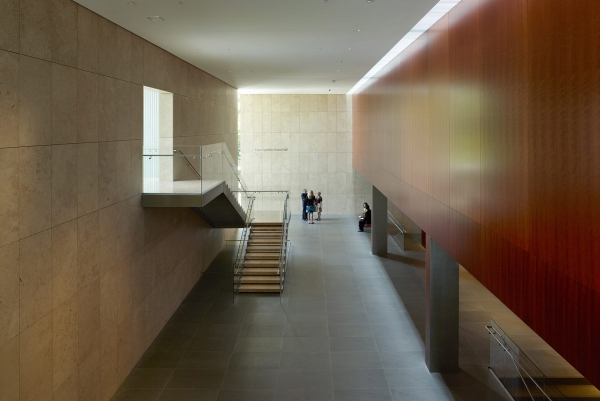 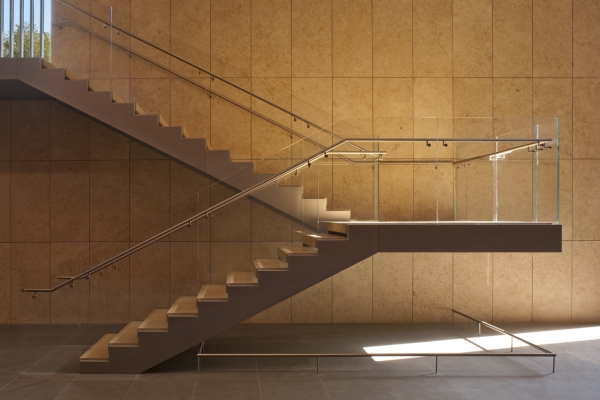 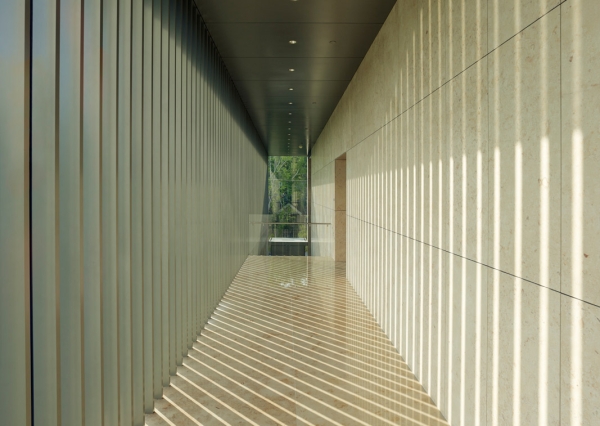 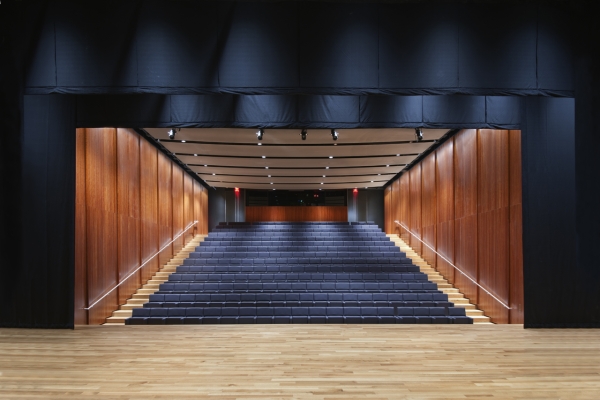 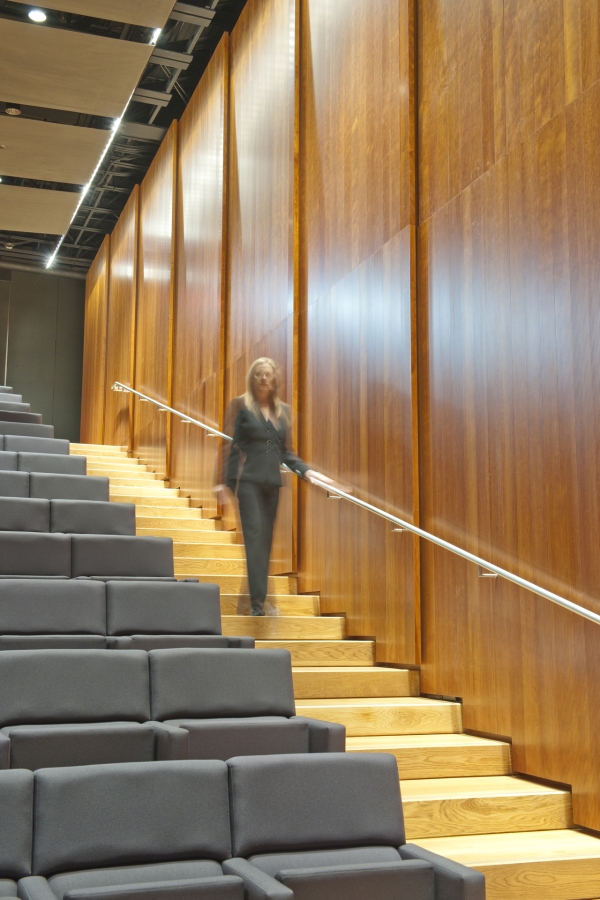 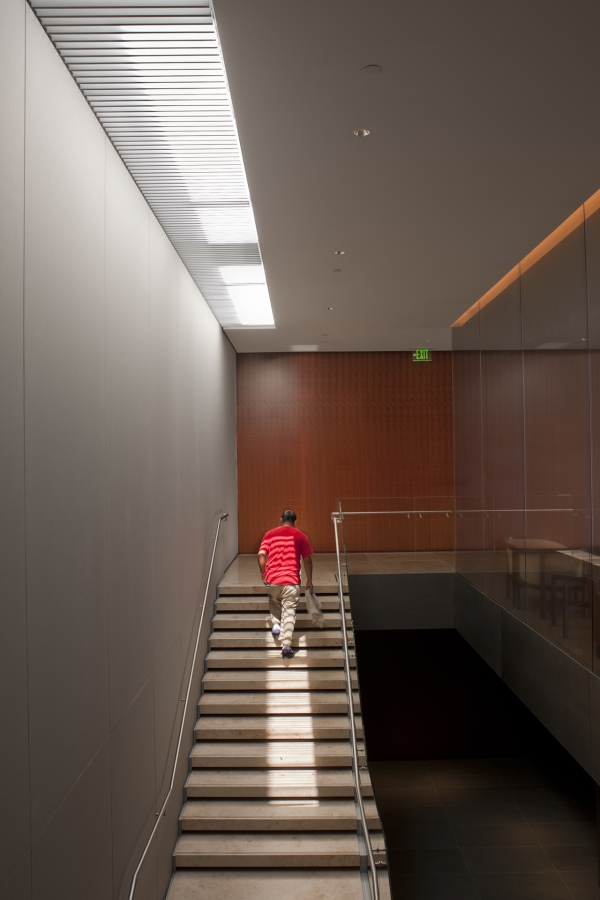 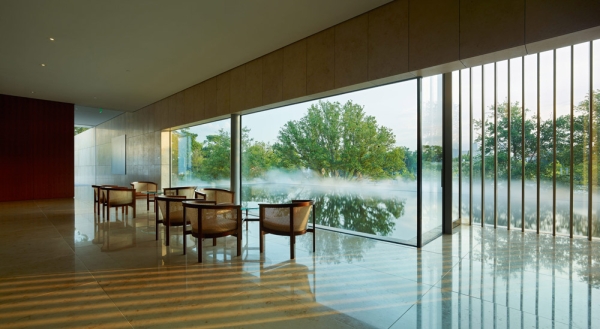 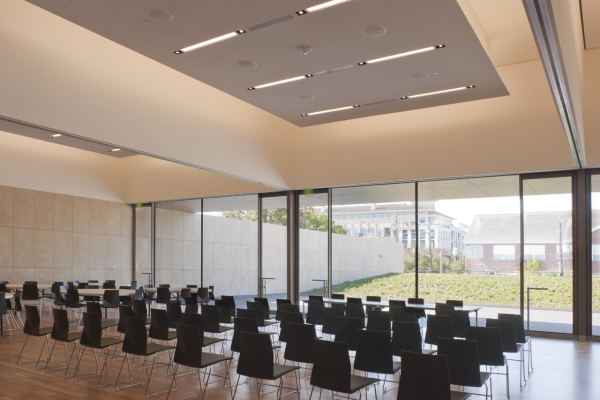 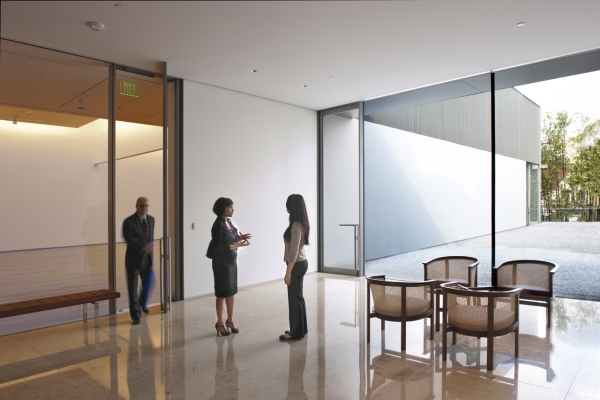 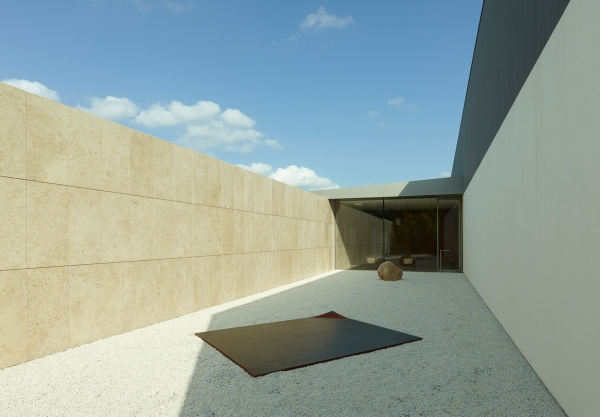