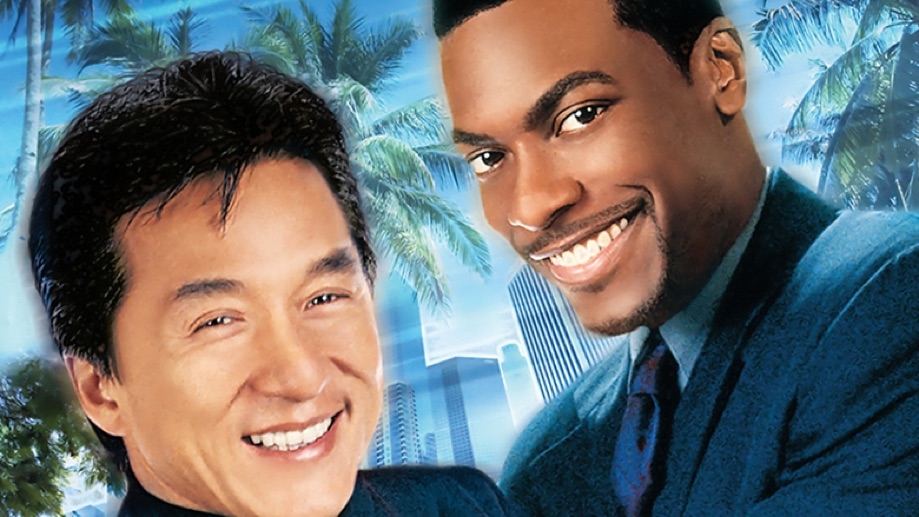 A food truck will be on site, and non-alcoholic beverages will be available for purchase. Bring your own blankets, lawn chairs, and snacks to enjoy during the outdoor screening on the Festival Lawn! In case of inclement weather, the film screening will move indoors to the Edward Rudge Allen III Education Center.

Detective Inspector Lee (Jackie Chan) has captured all members of a dangerous Hong Kong crime syndicate except the leader, Juntao, and his right-hand man, Sang. Lee reports his progress to Chinese Consul Han and British Commander Thomas Griffin, who are feting the transfer of Hong Kong from British to Chinese rule. Consul Han takes a new post in Los Angeles, where his daughter, Soo Yung, is kidnapped by the villainous Sang shortly after their arrival. Lee travels to California to search for Soo Yung, but the FBI wishes to solely handle the investigation. Los Angeles police officer James Carter (Chris Tucker) is tricked by the FBI into babysitting Lee until the Consul’s daughter is located, however the two cops decide to join forces, encountering comedic and suspenseful roadblocks in their pursuit of the young girl.