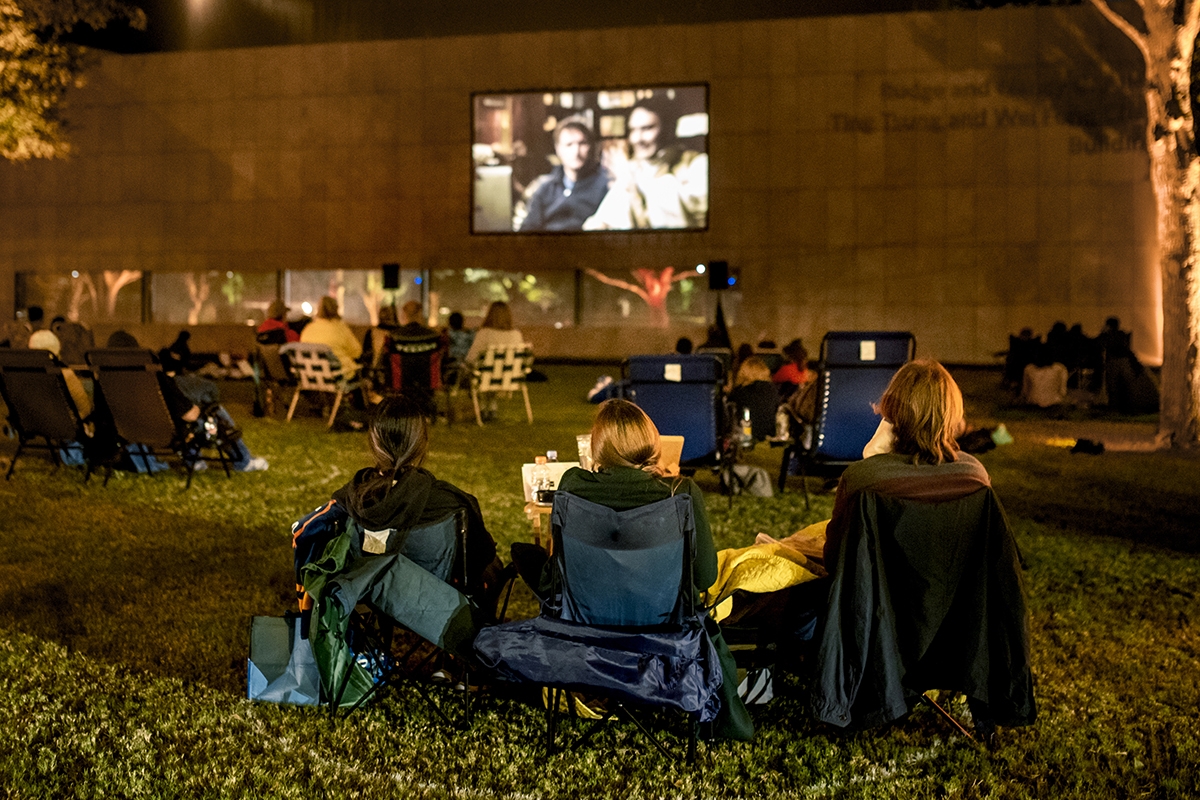 View the films socially distanced from your own lawn pod — we've outlined a series of eight-foot circles across our festival lawn, each of which can accommodate up to four people, giving you and your friends or family space to cozy up in. Bring your own lawn chairs, blankets, and snacks to enjoy during the film!

Full of glitz, romance, and family dynamics, this satirical critique of extraordinary wealth and the culture that comes with it follows the story of New York professor Rachel Chu as she joins her boyfriend in Singapore to meet his family for the first time, and all of the drama that follows. Learn more »

Growing up in Hounslow, West London, Jess is a young woman trying to reconcile the culture of her conservative Sikh family with her goal of becoming an international soccer superstar. A sports comedy that is lighthearted even while addressing issues of race, gender, and family dynamics, Bend It Like Beckham was a critical and commercial success topping box-office charts across the world. Learn more »

Bruce Lee's final film showcases the philosophy and physicality of the international superstar as he plays a martial arts expert infiltrating a kung fu competition to investigate a notorious crime lord. This 1973 American and Hong Kong co-production is considered one of, if not the, most influential kung fu films of all time. Learn more »

Since its release in December 2020, Minari has been making waves among critics and audiences alike. Having already won dozens of awards for acting, directing, and screenwriting, the film is also nominated for six Academy Awards, including Best Picture. A tender and sweeping story about what roots us, Minari follows a Korean American family that moves to an Arkansas farm in search of their own American dream. Learn more »

Looking beyond the fame actor and activist George Takei found in his portrayal of Star Trek's Sulu, this documentary highlights Takei's work in standing up for the Japanese American and LGBTQ communities and his journey to becoming an unexpected social media sensation — all with the support of his husband, Brad. Learn more »