This sexy and romantic play follows an American businessman from Ohio looking to score a lucrative contract for his family's sign-making firm in a bustling Chinese province. There are only three things standing in his way: he can't speak the language; he can't learn the customs; and he's falling in love with the one woman he absolutely can't have. He soon finds that the complexities of such a venture far outstrip the expected differences in language, customs, and manners, and calls into questions even the most basic assumptions of human conduct.

Join us for an entertaining evening about the challenges of doing business in a culture whose language—and ways of communicating—are worlds apart from our own.

Chinglish is directed by Troy Scheid and performed in both English and Mandarin (with English subtitles) May 9 – 26, 2013: Thursdays through Saturdays at 7:30 pm, Sundays at 2:00 pm. Stop by early to enjoy a Chinglish-inspired menu and glass of wine at The Jade Stone Café.

One hour before every performance and during intermission, The Jade Stone Café at Asia Society will offer wine and a Chinglish-inspired menu:

Fresh, energetic, and unlike anything else on Broadway. Chinglish is a thoughtful, funny, and poignant piece in which, miraculously, nothing gets lost in translation.
Associated Press

A triumph in any language. Chinglish is sexy, fun, and hilarious.
New York Magazine 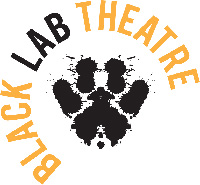