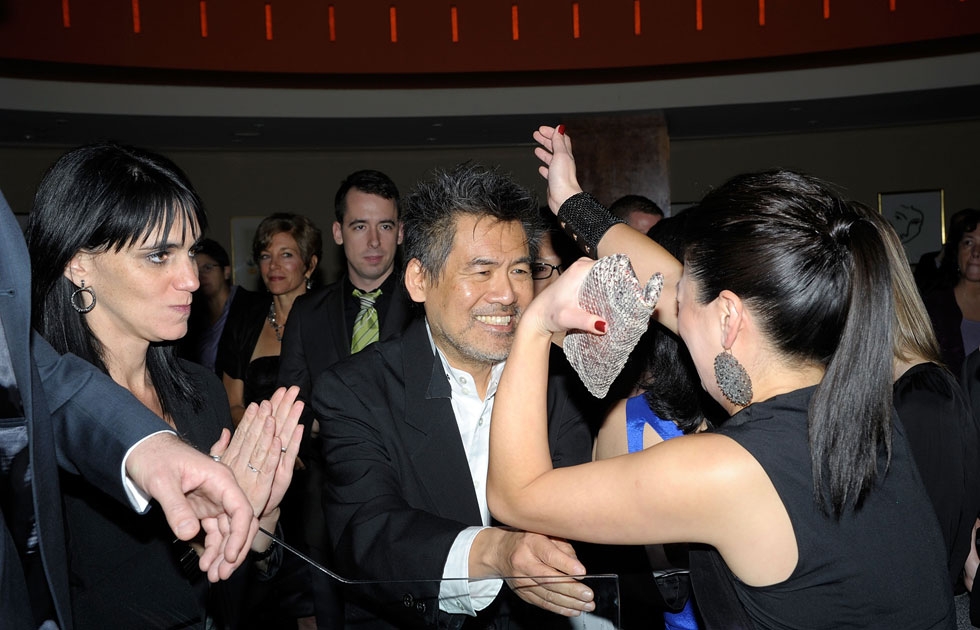 Tony Award-winning playwright David Henry Hwang — whose works include M. Butterfly, Golden Child, Yellow Face, FOB, The Dance and the Railroad, Family Devotions, and Bondage — will be honored with the Cultural Achievement Award at the Asia Society Awards Dinner tomorrow night at the Waldorf=Astoria in New York City. Asia Blog caught up with the Asian-American Pulitzer Prize nominee for a few quick questions about his latest Broadway play, Chinglish, which TIME magazine called "a serious and nuanced study of the Chinese/American cultural divide."

You have written that you grew up a "typical monolingual American." What personal experiences inspired you to write Chinglish?

Because I'm not bilingual, I've spent much of my life navigating across the language barrier. Even as a kid, I had relatives whose English ability was limited, so we were always struggling to communicate. More recently, I've been traveling to China for work-related meetings, where I've had to use a translator. Also, my father spent the last decade of his life building a China consultancy firm to help U.S. businesses land contracts over there. All these personal experiences contributed to the writing of Chinglish.

How have Western and Asian theatergoers reacted to Chinglish? Do different aspects of the play seem to resonate more with audience members of one ethnicity than another?

One of the most gratifying experiences of my career has been sitting in the Longacre Theatre, watching and listening to Western, Asian-American, and Chinese nationals laughing together. This leads me to believe that the show is at least an equal opportunity offender — poking fun at the West as much as the East. That said, audience members more familiar with Chinese language or culture probably pick up some of the more nuanced references and jokes.

How far apart do you think China and the U.S. are from truly understanding one another?

I feel the gulf in understanding between China and the U.S. is pretty wide right now. The Chinese are working harder to learn about the West than vice versa. I certainly believe true understanding is possible, but it will require real effort, openness, and a willingness to accept that certain mindsets each side considers innate, are actually much more culturally determined. In other words, different people see the world differently.