HOUSTON, APRIL 19 2021 — Asia Society Texas Center hosted Wendy Cutler, Vice President of the Asia Society Policy Institute, and Takako Hikotani, Gerald L. Curtis Associate Professor of Modern Japanese Politics and Foreign Policy at Columbia University, in conversation with Mokoto Rich, Tokyo bureau chief for The New York Times, to discuss the current state and direction of U.S.–Japan relations. Looking to the future of both countries under new leadership, the speakers touched on economic and defense areas of cooperation between the U.S. and Japan, among other things.

Previewing Suga’s visit to the U.S.

The timely conversation took place on the eve of the historic meeting set to take place in Washington, D.C., between U.S. President Joe Biden and Japan’s Prime Minister Yoshihide Suga. Cutler noted that the summit is significant because it marks the first in-person visit of a foreign leader to the nation’s capital to meet with President Biden.

Hikotani explained that Suga being the first foreign leader to visit President Biden is a big diplomatic win for Japan. She also indicated that the subject of China is expected to be a significant part of the summit, as both Japan and the U.S. have come to see China as a challenge to the peace and prosperity of the Indo-Pacific region. As such, she said, discussions on defense cooperation are expected to play a central role during the summit. Cutler added that the meeting will provide an opportunity for both the U.S. and Japan to discuss the agenda of the Quad, an informal grouping in the Indo-Pacific that also includes India and Australia.

The role of trade between Japan and the U.S.

Cutler noted that this will be the first U.S.–Japan summit meeting in recent memory where trade issues would not be a major agenda item. Following the withdrawal of the U.S. from the Trans-Pacific Partnership (TPP) by the previous administration, Cutler indicated that it is unlikely that the U.S. will rejoin anytime soon. However, she stressed that it is critical that the U.S. have a long-term plan for economic and trade engagement in Asia. Without one, she said, “it is really difficult to show everyone that [the U.S.] is back.”

Cutler, however, did add that economic issues will be discussed, including advanced technology and supply-chain cooperation, particularly with regard to tackling the global shortages of semiconductors.

Areas for cooperation include climate and infrastructure

An area for cooperation between the U.S. and Japan would be on climate action. Hikotani cited a recent op-ed in The Wall Street Journal by Prime Minister Suga where he stated that combating climate change is a way to create strong, sustainable economic growth and that Japan is positioned to be a leader. From the U.S. side, Cutler pointed out that the U.S. government is now “all hands on deck” regarding the climate change issue. The speakers noted that both nations can work together to develop greener technologies for the world. Hikotani said that the U.S. and Japan want to present themselves as alternatives to China in the technological space. The dilemma for Japan, Hikotani cautioned, is that certain parts of the Japanese population are still apprehensive about nuclear energy after the Fukushima disaster.

Investment in infrastructure and technology also led to a discussion around gender equity in the workplace in the context of Japan’s aging population. With low fertility rates, Hikotani explained, Japan’s aging workforce will need to be replenished for the country to remain economically competitive, whether through robots, immigration, encouraging women to stay in the workforce, or government incentives for families to have more children. Following the resignation by the chief of the Tokyo Olympics organizing committee after making sexist remarks, Hikotani said that Japan is once again examining its treatment of women in the workforce. She noted that there appears to be a generational shift in the younger population and said that one silver lining of the pandemic could be in helping Japanese society better understand and value the work and demands of homemaking. Cutler cautioned, however, that women in Japan and globally have suffered disproportionately during COVID because many are employed in the services sector, have had to deal with child care and elder care challenges, and — in Japan — many are “temporary” workers without sufficient benefits to weather them through the challenges of the pandemic.

The importance of the U.S.–Japan alliance

Aside from defense, economics, and climate, Cutler also mentioned that cooperation to distribute COVID-19 vaccines to other parts of Asia and the world may also be on the agenda. Additionally, Japan’s plans to host the Tokyo Olympics might play into Suga’s agenda. She and Hikotani agreed that they would both be very interested in the tone and specific wording of the joint statement released after Biden and Suga’s meeting.

Ultimately, Cutler said that, looking ahead, “For the U.S., it is going to be very important for us to show that we have a solid, forward-looking alliance with Japan and that Japan is going to be an important partner as we shape our regional and global policies.” 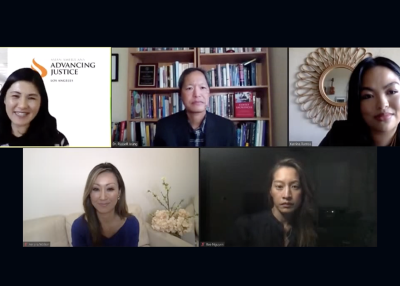 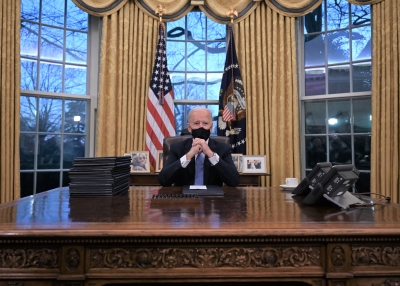 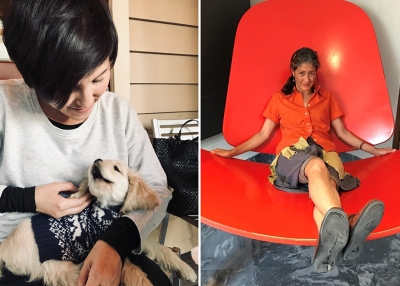 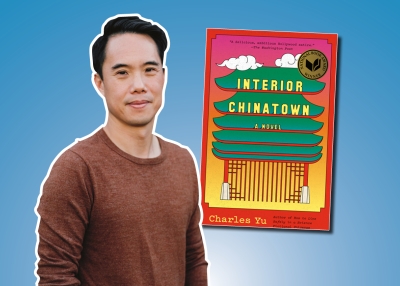