New Leaders, New Era: What Lies Ahead for the U.S.–Japan Relationship 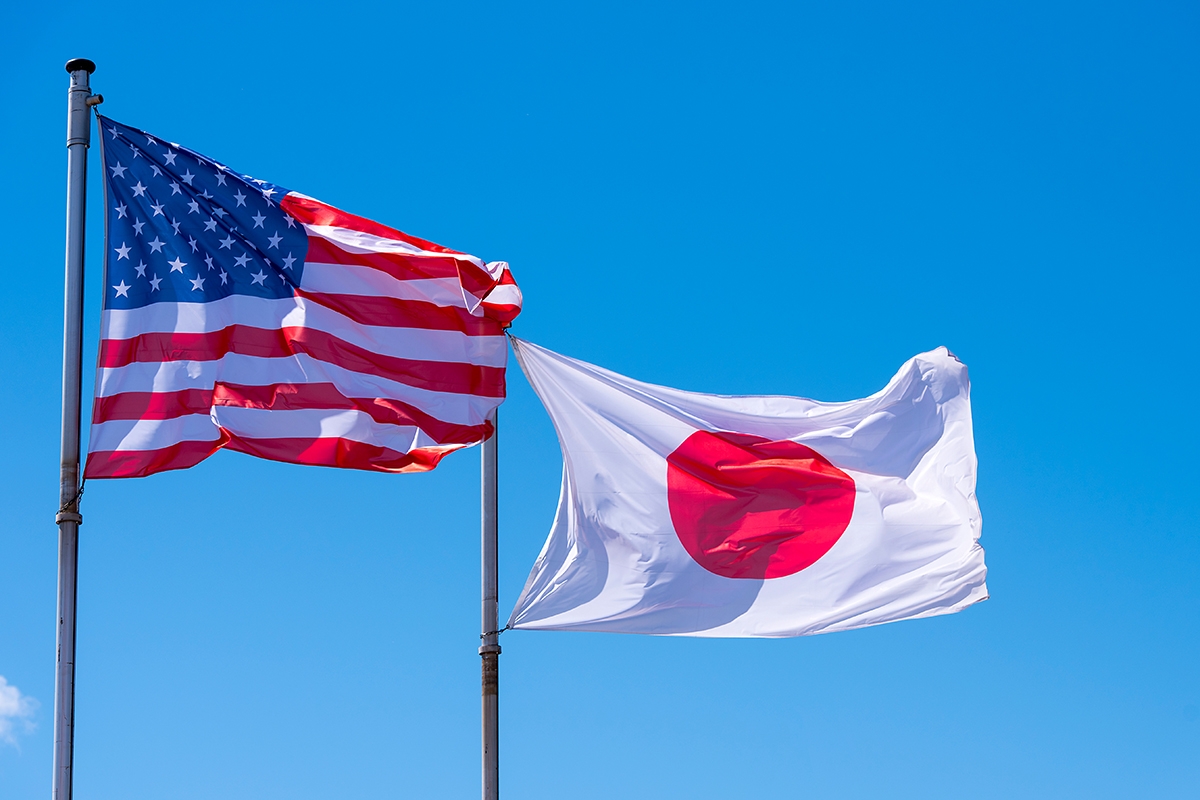 Tune in Thursday, April 15, at 6 p.m. CT for a live video webcast. We invite audience questions via YouTube Live and Facebook Live.

For the last seven decades following World War II, the United States and Japan have enjoyed close relations, with strong economic and defense cooperation. In September 2020, longtime Prime Minister of Japan Shinzo Abe stepped down and was replaced by his chief Cabinet Secretary Yoshihide Suga. Later that year, Joe Biden was elected U.S. President and was subsequently inaugurated in January 2021, leading to a shift in leadership in these two countries in a very close timeframe. This new era may impact how the relationship between the United States and Japan evolves in the future, as well as the relationships they have with other Asian countries.

New leadership in both countries raises questions about how the two countries will cooperate economically and on other issues like climate change. With a new presidency, is it possible for the United States to rejoin the Trans-Pacific Partnership (TPP) or form a new trade partnership with Asian countries? How will the two leaders address regional security concerns and significant regional powers like China?

Join Asia Society for a conversation on the future of U.S.–Japan relations, as Biden faces his first year in office and as Suga confronts challenges including the Summer Olympics.

Wendy Cutler is Vice President at the Asia Society Policy Institute (ASPI) and the managing director of the Washington, D.C. office. In these roles, she focuses on building ASPI’s presence in the nation's capital and on leading initiatives that address challenges related to trade, investment and innovation, as well as women’s empowerment in Asia. She joined ASPI following an illustrious career of nearly three decades as a diplomat and negotiator in the Office of the U.S. Trade Representative (USTR), where she also served as Acting Deputy U.S. Trade Representative. During her USTR career, she worked on a range of bilateral, regional and multilateral trade negotiations and initiatives, including the U.S.-Korea Free Trade Agreement, the Trans Pacific Partnership, U.S.-China negotiations and the WTO Financial Services negotiations. She has published a series of ASPI papers on the Asian trade landscape, and serves as a regular media commentator on trade and investment developments in Asia and the world.

Takako Hikotani is Gerald L. Curtis Associate Professor of Modern Japanese Politics and Foreign Policy. She previously taught at the National Defense Academy of Japan, where she was Associate Professor, and lectured at the Ground Self Defense Force and Air Self Defense Force Staff Colleges, and the National Institute for Defense Studies. Her research focus on civil-military relations and Japanese domestic politics, Japanese foreign policy, and comparative civil-military relations. Her publications (in English) include, “The Japanese Diet and defense policy-making.” International Affairs, 94:1, July, 2018; “Trump’s Gift to Japan: Time for Tokyo to Invest in the Liberal Order,” Foreign Affairs, September/October 2017; and “Japan’s New Executive Leadership: How Electoral Rules Make Japanese Security Policy" (with Margarita Estevez-Abe and Toshio Nagahisa), in Frances Rosenbluth and Masaru Kohno eds, Japan in the World (Yale University Press, 2009). She was a Visiting Professional Specialist at Princeton University as Social Science Research Council/Abe Fellow (2010-2011) and Fellow of the U.S.-Japan Leadership Program, U.S.-Japan Foundation (2000- ).

Motoko Rich is Tokyo bureau chief for The New York Times, where she covers Japanese politics, society, gender and the arts, as well as news and features on the Korean peninsula.

She has been a reporter with The Times since 2003, and has covered a broad range of beats, including real estate, the economy, book publishing and education.

She started her journalism career at The Financial Times in London and worked at The Wall Street Journal for six years in Atlanta and New York. Ms. Rich, who grew up in New Jersey, Tokyo and Northern California, is a graduate of Yale University and Cambridge University.

In addition to news tips, she welcomes suggestions on where to eat in Tokyo, book referrals (especially novels) and TV binge-watching recommendations.