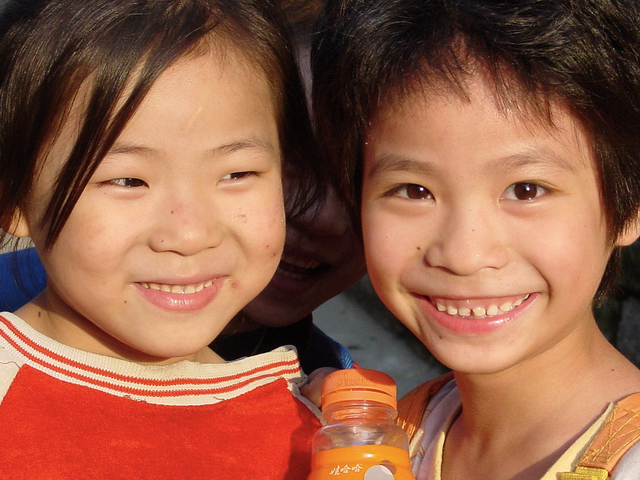 Wang lays out a four-part strategy that includes plans to expand pre-school and compulsory education; greater equity in access to a good education; enhanced quality of education; and better data and assessment measures.

These reforms are not easy given the nation's challenges. China is where the largest human migration in world history is taking place: some 300 million people are moving from rural areas to urban centers in search of better economic opportunities. In his book, China, Inc., Ted Fishman estimates that the equivalent of 30 Houstons are constructed every year in China to accomodate urban growth—this means a lot of infrastructure: buildings, highways, energy grids, and new schools. One of the Ministry of Education's greatest tasks is ensuring that urban and rural schools receive the resources they need to provide an excellent education for all students. Wang specified one plan to rotate teaching assignments on a five-year basis so minority students in the most remote areas have the same educational opportunities as their counterpart in the most prosperous cities.

Another core feature of the reform strategy is updating curriculum to meet real-world needs. For instance, math will de-emphasize response speed and the need to memorize complex and seldom-used formulas. In their place, the curriculum will encourage multiple ways of solving problems, and a deeper understanding of concepts relating to space development, for example. In science, inauthentic demonstrations, calculations, and drills will be replaced with student experiments in real-world applications, including an emphasis on new energy, health, and conservation.

The ten-year strategy is in draft form. The Ministry invited public comment, and literally received millions of responses. The government will release the final reform strategy in summer 2010, and its plans will be rolled out to China's 370,000 elementary and secondary schools, affecting the nation's 200 million K-12 students.

Wang Dinghua is the deputy director general for the Basic Education Department in the People's Republic of China's Ministry of Education. Wang gave his remarks at the Learning with the World conference, organized by Asia Society and the Council of Chief State School Officers.