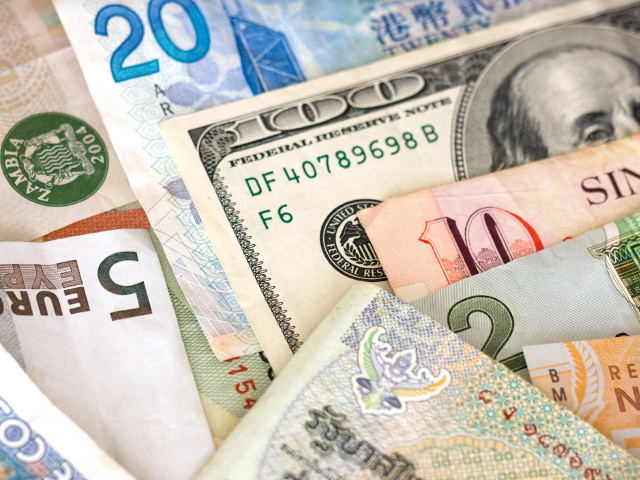 Teachers used to be among the best educated and highest paid professionals in their communities. Over time, corporations and entrepreneurs have created wealth in new areas. Some argue that in order to offer an excellent education to a rising generation, teachers must be compensated with competitive wages.

What is the proper compensation for a good teacher? Let’s consider this question by examining what teachers are paid around the world.

In a 2005 study comparing education indicators in the United States and other G-8 countries, the National Center for Education Statistics found that the average entry-level salary of American primary school teachers was higher ($28,681 in 2001 in Purchasing Power Parity Dollars, ($ PPP)) than every other country besides Germany ($38,412). But Purchasing Power Parity is a tool used to enable economists to compare what salaries will actually buy in different countries. So it is no surprise that teachers’ salaries will buy more than teachers’ salaries will buy elsewhere, because American salaries generally are very high, relative to other countries.

The real issue in teaching is not how large a basket of groceries a teacher in one country can buy with her paycheck relative to teachers in some other country, but rather how a teachers’ salary in one country compares with other professionals’ salaries in the same country. That, not purchasing power parity, is the basis on which young people actually base their career choices. Here we find a very different picture.

One way to make valid comparisons among countries on this point is to look at how the pay in a particular profession compares to the gross domestic product of a country on a per capita basis. In this case, we would compare the value of an average teacher’s pay to the average value of what every worker in that country produces. Then we can compare what members of other professions make compared to the same index and so compare professions, without having to take the value of different currencies into account. When we compare teachers’ compensation against GDP per capita, the average starting salary of American teachers with the minimum teaching qualifications was the lowest among all of the G-8 countries.

One must also consider the levels of salary increases during a career. The study also revealed that, after accumulating fifteen years of experience, teachers in each country earned a salary that exceeded their respective country’s GDP per capita. In the United States, the ratio of average teacher salary to GDP per capita after fifteen years of experience (1.19) surpassed those of France (1.14) and Italy (1.07), but compared quite unfavorably with Scotland (1.42), England (1.46), Japan (1.63) and Germany (1.75). Beginning teachers in Japan receive the lowest average salary of the group (both in Purchasing Power Parity Dollars, ($ PPP) and as a ratio of Gross Domestic Product (GDP) per capita), but after fifteen years of teaching experience they rank second behind only Germany in each category. In Thailand, an experienced teacher who has attained the maximum salary earns almost five times as much as a teacher at the beginning of the career. Other countries with large increases in salaries during service include Brazil, France, Indonesia, Jordan, the Republic of Korea and Portugal. However, the number of years required to reach the top of the salary scale from the starting salary varies considerably, from eight years in Australia, Denmark and New Zealand to 35 years or more in Hungary, Italy, Jordan, the Republic of Korea, Spain and Thailand.

Countries have responded to specific needs for recruitment or retention by targeting salary increases at groups of teachers with very different amounts of experience. For example, Australia, Denmark, England, Finland, Norway and Scotland focused their increases on starting salaries to encourage teachers to enter the field. Austria, Japan and Portugal focused on mid-career teachers to retain them, and Greece, Hungary and New Zealand rewarded experienced teachers with the largest increases.

Any comparison of teacher compensation levels across countries must also take into account the disparities that exist in terms of the number of hours that teachers are working in a year. The National Center for Education Statistics study reveals that primary and secondary teachers in the United States, on average, work substantially more hours per year than their counterparts in the other countries. As we will see in a moment, though, official hours required do not necessarily reflect the hours that teachers are actually expected to be in school. This is partly a reflection of cultural norms and traditions.

Average teacher compensation and time spent in the classroom vary widely across countries. Relative to GDP per capita, teachers in some countries receive on average more than twice as much as teachers in other countries. The same disparity holds true for average annual teaching hours throughout OECD countries. While some countries regulate hours in the classroom such as Japan and Germany, many countries focus instead on the total number of hours teachers spend in school, which is not the same thing. For example, teachers in Japan spend about 535 hours per year in the classroom, whereas teachers in the United States and Mexico average more than 1,000 hours of teacher time each year. That does not mean that Japanese teachers spend less time at school than American teachers; in fact, most Japanese teachers are at school from before 8:00 am and leave after 5:00 pm. However, it is their official teaching hours that are required in their contracts.

A chart from UNESCO provides a comparison of working hours per week in 2001. It demonstrates the variety of systems that have been established, from those which specify total time and the place where it is to be completed to those that simply designate the hours a teacher must be at school conducting classes. Total time varies from 27.5 hours for teachers in Scotland to 44 hours per week in Korea and Norway. However, only Australia, England, Greece, Ireland, Scotland and Spain require that all work is done at the school site. For countries that require that teachers are at school only for the hours taught, the work week varies from 14 hours per week in Turkey to 22 hours in Ireland. Other countries in this category are Belgium (French), Finland, France, and Portugal. In New Zealand and the United States, hours are set at the local school level.

However, Siniscalco pointed out that one cannot look only at salary levels or numbers of hours worked as these provide an incomplete picture. There are four factors that make up the salary and working conditions: the number of teacher hours worked per year, the size of classes, the number of classes taught each day, and the number of hours of instruction each student is expected to receive in a year. It is the way in which countries combine these four factors that determines the costs per student of education, but, more importantly, that creates the working conditions that attract or deter teacher recruitment and retention.

For example, though the Japanese teacher is expected to put in much less time actually teaching, that teacher is expected to be in school at least as long as the American teacher. The real difference is in class size. Class sizes in Japan are much larger than in the United States, though teacher-student ratios are very similar. The Japanese teacher has chosen to trade larger class sizes for more prep time, more time planning and diagnosing student problems with other teachers, and more time to give students individual attention outside of regular class time. This shows quite concretely why it is important to look at all these variables together.

New Zealand and Korea spend similar amounts per student per year, approximately US$1700, using PPP, which is slightly above average for the countries in Siniscalco’s study. However, their choices are again very different. New Zealand teachers work more than 900 hours per year, but have below average class sizes, while Korea chose to have its teachers work less than 600 hours per year, and made up for that cost by raising class size ranges to from 37-50 students, much above the study country average of 24.

Siniscalco also considered countries with different costs per student: Switzerland at US$4,315, as compared to Austria at US$2,857, and Denmark at US$2,814. Switzerland balances its high salaries with a high teaching load of 860 hours per year, while Austria and Denmark have lower salaries but also lower teacher loads, 658 and 644 hours per year. All three have relatively small class sizes. On the other hand, the Philippines keeps costs per student down while providing the highest number of student hours of instruction in her study. It does this by combining higher teacher work hours with larger than average class sizes and lower than average salaries. This of course exacerbates the issue of working conditions.

The Organisation for Economic and Co-Operative Development (OECD) noted in its study, Teachers Matter, that reducing class size, while it may improve education for targeted groups of students, such as young children or disadvantaged students, is expensive and has not been proven to increase student achievement when class sizes were reduced across the board for all students. As the United States found in California, class-size reduction efforts may in fact reduce student learning when qualified teachers are not available to poor or urban districts. OECD suggested that it might be better to keep class sizes constant, raise teacher salaries, and increase the support staff available to assist teachers. It has found evidence that more OECD countries are raising salaries than reducing class sizes. However, some countries have teacher surpluses and average teacher salaries, and the study suggests that they would do well to reduce class sizes and bring more teachers into the schools.

In addition to class size and the amount of time that teachers are expected to teach, there are other differences in working conditions that need to be taken into account when considering teachers’ compensation. One of the most important is the difference in the duties teachers are expected to perform. The Eurydice database identifies the various duties required of teachers in Europe within the school day, week and year. It shows that teachers in different countries are responsible for supervision between lessons; supervision after school; standing in for an absent colleagues; support for future teachers and new entrants; teamwork on the school plan, cross-curricular work or curriculum; teamwork on the internal evaluation of the school; or special cases. The most common duties across countries are supervision between lessons and teamwork on the school plan, cross-curricular work or curriculum.

Many OECD countries also provide additional salary for teachers. A chart was prepared by OECD in 2004 to summarize the various criteria, including teaching conditions and responsibilities; teacher qualifications, training and performance; and demography. Many countries are providing various forms of incentive compensation to attract competent teachers, in and out of shortage subjects, to schools serving low-income children and remote communities. They are trying loan forgiveness, signing bonuses and the full panoply of other such instruments. OECD noted, however, that most of the differences from average compensation reflect differences in qualifications, in school level (primary, lower secondary or upper secondary) and years of experience. The report also observed that the incentives provided are often not well targeted and are much smaller in relation to total compensation than is the case in the private sector, where they seem to work better. The report also points out there is little research evidence that incentive strategies of this sort and at this level work.

Comparisons of compensation systems may suggest ways to rethink current systems. However, it is critical to look at the details of the systems different countries have put in place to see what they hoped to accomplish.

This article was written by Dr. Susan F. Sclafani. It was edited for the web. To see the full article, including references, click here.