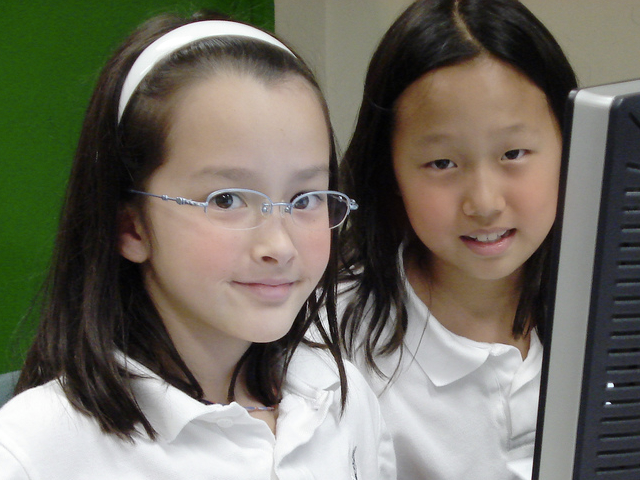 Singapore is one of the most globalized places on earth*. It is a port city that for centuries attracted merchants and travelers from India, China, Southeast Asia, and beyond. Its economy and population, as a result, have long had ties to the rest of the world. Singapore embraced this reality, and created a world-class education system to match.

Background
In 1965, Singapore became a sovereign nation. It is one of the smallest countries on earth, measuring fewer than 300 square miles. What it lacked in land and natural resources, it more than compensated by holding a very strategic location: it has a natural deep-water port, and it served as a gateway to prosperous trade. Lee Kuan Yew, Singapore's first leader and by all accounts a brilliant statesman, recognized in order for Singapore to succeed, it had to leverage its strengths as a hub of nations and use it for future development.

The new nation had its challenges. Poverty, disease, and ethnic strife posed serious roadblocks to its goals.

It was within this context that Singapore developed its education system. From the offset, it had three imperatives.

The first was to give students a sense of identity and instill citizenship values. Arguably, internationalism and diversity are part of the equation for most students.

The second was to remain a multilingual society. Schools offered instruction in English—the language of commerce and technology—as well as in one of the three official languages: Malay, Chinese, or Tamil. In fact, schools to this day encourage students to learn their heritage language, which in Singapore, despite its small size, number in the dozens. Singapore attributes its high-performing education system in large part to its bilingual education policy, particularly taking with English as the medium of instruction in all schools since 1987; and with all subject content matter being taught using English. This English-knowing bilingual education policy established a common communicative language within the education system, which fostered collaboration and understanding within the system and internationally as well.

Lastly, schools put an emphasis on science and technology. Singapore lacks the space and natural resources to be an industrial economy. It had to attract knowledge industries—such as banking, engineering, and technology—to do business there.

(Re)thinking Schools
At the tender age of 30, the young nation undertook its first educational reform strategy. In 1997, it released a new education plan titled Thinking Schools, Learning Nation. It called for strengthening its teaching force, giving greater autonomy to schools, and rewarding success.

"Good teachers and principals are really at the heart of this strategy," said Ho Peng, director general of education in Singapore.

By 2015, Singapore hopes to reach its goal of recruiting new teachers who rank in the top one-third of their class. Singapore, which has only one teacher-training institution, evaluates candidates based on a number of criteria, from academic qualifications to interrelational traits.

There are areas of advancement for educators, if they wish to pursue careers outside the classroom. Master teachers mentor new teachers. Singapore is in process of setting up in-service teacher training academies run by master teachers. Currently, the education system—serving half a million students—only has 30 master teachers.

Being named a principal is not easy. One must have had a successful track record as a master teacher, and go through a battery of tests, in addition to formal training. The training lasts six months, of which two weeks are spent abroad observing best practices in another context. The principal recruits return to Singapore and share findings.

In an effort to give more autonomy to schools, Singapore formed school clusters, each comprised of about 12 to 14 schools. A superintendent serves as a principal mentor.

The government facilitates professional learning communities so no lessons learned are isolated.

Singapore’s education system has garnered much international interest in the light of its consistently high student achievement in internationally benchmarked tests. Most recently, in December 2012, results of the Trends in International Mathematics and Science Study (TIMSS) and Progress in International Reading Literacy Study (PIRLS) held in 2011 and jointly conducted by the International Association for the Evaluation of Educational Achievement (IEA) and the TIMSS and PIRLS Centre helmed at the Lynch School of Education at Boston College showed that Singapore has emerged pretty much at the top of the league tables again. Singapore emerged top in Mathematics achievement at the fourth grade, second at the eighth grade while concurrently emerging top in Science at both the fourth and eighth grades. For performance in PIRLS, Singapore emerged top five for fourth graders.

Singapore is also one of the world's greatest financial and trade centers. One suspects that the link between its education system and its prosperity is no accident. What  is certain is it is an impressive accomplishment for a city state in such a short period of time.

Some might argue that Singapore's education system is more akin to a district than a state or national school system. But there are clear lessons, no matter the scale of reform.

Singapore's plan was driven by needs of the future, not realities of past. They designed a clear system of expectations that allowed for professional growth, and rewards successes through a number of means.

This article is based on remarks delivered by Ho Peng, director general of Education in Singapore. She spoke at the Learning with the World conference, organized by Asia Society and the Council of Chief State School Officers. We wish to thank Ee-Ling Low, Associate Professor and Associate Dean of Programme & Student Development, Office of Teacher Education, National Institute of Education, Singapore, for her contributions to this article.