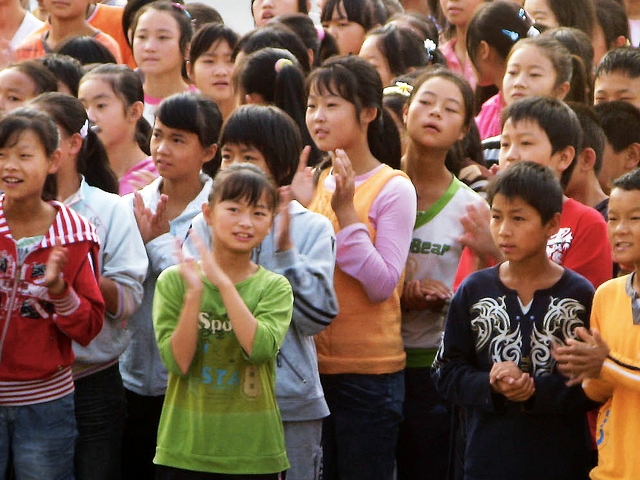 China has a long tradition of respect for education. In fact, there is much societal and family pressure to do well academically. This has fostered education reform throughout history at many levels. While the entire country has made strides in education, Shanghai is at the forefront as it has been given special authority to experiment with reform before the rest of the country. With its recent rankings at the top of the PISA 2009 exam, all eyes will be on how these reforms were made.

Shanghai, the largest city in China, was the first to achieve one hundred percent primary and junior high school enrollment. It was one of the first to achieve almost universal secondary school attendance. Also notable is that all students in Shanghai who want to attend some type of higher education are able to do so. Universal education involved including children of migrant workers from rural areas of the country – amounting to 21 percent of school children in the city. (With a population of nearly 20 million, that's nearly four million migrant school children.) In other parts of China, these children may be seen as a problem. Shanghai, however, is a city fueled by migrants, and it embraced this population and integrated these children into its classrooms.

China’s education system has struggled to move away from the exam-based system that drives curriculum and results in memorizing facts to pass the test. In 1985, Shanghai began a process of reform and created exams that test the application of real-life skills. Multiple choice questions no longer appear on the city’s exams.

Despite the reforms, exams still exist. An estimated 80 percent of students attend night and weekend “cram schools” to ensure that they pass. This comes in addition to nightly homework and extracurricular activities – making the life of a Chinese student overwhelming. The central Chinese government is aware of this countrywide problem and its new 2020 reform efforts call for a reduction in student workload. Shanghai is additionally working to improve students’ education experience so that they learn to learn and not just learn many facts. An updated curriculum is at the center of this process.

Beginning in 1985, in an attempt to move away from the high-pressure exam system and increase the quality of education, Shanghai began to allow students to take elective courses, which led to new textbooks and materials. Implemented in 2008, a renewed effort to encourage student learning rather than accumulation of knowledge, led to eight curricular “learning domains”:

Schools were then encouraged to create their own curriculum and outside groups such as museums became partners in education. Part of the new curriculum includes an emphasis on inquiry-based education. Students independently explore research topics of interest to themselves in order to promote social wellbeing, creative and critical thinking, and again, learning to learn.

Lessons for the United States

One interesting strategy employed by Shanghai to improve weak schools is the commissioned education program. Under this scheme, top performing schools are assigned a weak school to administer. The “good” school will send a team of teachers and a principal to lead the school and improve it. This has been happening within the city but also as a type of exchange program with poor rural schools. Such a system assists the poor schools and benefits Shanghai schools by allowing them to promote teachers and administrators.

In both Shanghai and Hong Kong, there is a clear awareness that education needs to transform to keep pace with the rate of change in society – and not just current change, but a conscious effort has been made to take into account the future of society, the economy, and education. This forward thinking mindset should influence the United States as No Child Left Behind (NCLB), the law governing primary and secondary education, as the ten year old is about to be reauthorized.

This article is based on “Chapter 4: Shanghai and Hong Kong: Two Distinct Examples of Education Reform in China” in the publication, OECD (2010), Strong Performers and Successful Reformers in Education: Lessons from PISA for the United States.