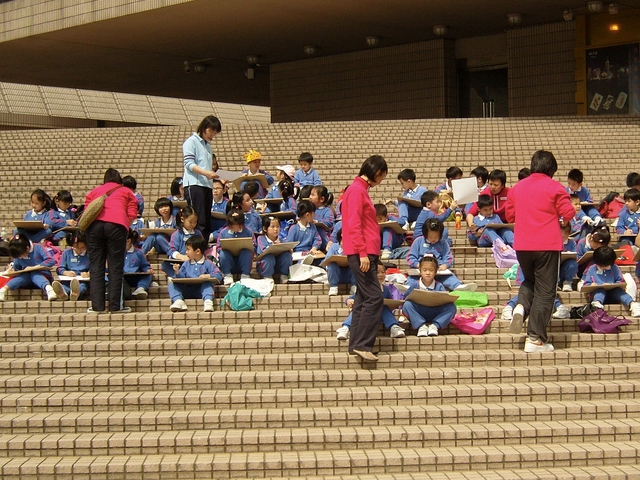 Hong Kong is second only to Shanghai in international comparative assessments. On the 2009 Programme for International Student Assessment (PISA) exam for instance, it ranks in the top five in reading, mathematics, and science. This was not the case ten years ago. This article examines the dramatic changes allowing such significant improvement in a short period of time. [1]

As a China-based society, has a long tradition of valuing education. Under China’s “one country, two systems,” policy, Hong Kong has autonomy over its school system, run by the Education Bureau, thus making it distinct and unique from that in China. This societal emphasis placed on doing well in school created a fertile ground for education reform. With a relatively recent expansion leading to universal education, the system was forced to reform the quality of education beginning in the late 1990’s. The economy had also shifted from one of manufacturing to one of service, with a corresponding need for higher levels of knowledge and the ability to work in a complex, multicultural environment. A completely new framework for education was needed.

The Education Commission began its reform process by allowing every stakeholder input and gaining buy-in from the community at large. Other countries’ education systems were studied. At the end of this period of study and input, three areas of reform were determined: the structure of the system, curriculum, and assessments. The first step was to end the assessment taken by all students at the close of primary school. This allowed for more flexible curriculum and removed the “kill and drill” atmosphere from the primary grades. The result was that within a decade, primary students had greatly improved on international tests—for instance, scoring second on the PIRLS (Progress in International Reading Literacy Study) in 2006 after ranking fourteenth in 2001.

Changes were not confined to primary school. Curriculum for secondary schools was overhauled to focus on the learning needs of students. Eight Key Learning Areas (KLAs) were defined:

An additional area, Liberal Studies, is required for university entrance. Liberal Studies, allows students to basically design their own program of study using current events and non-textbook based materials and be assessed accordingly. This promotes critical and higher-order thinking needed for success in the twenty-first century. The new curriculum was implemented in 2009 with a plan to change the assessment systems for the first set of graduates by 2012. The new assessments will tie into changing university admissions and underscore the curricular changes and new pedagogy.

Structurally, the school secondary system will change to require one fewer year of senior high and one additional year to complete a bachelor’s degree (previously senior high was four years and an undergraduate degree required three). These changes are to be completed by 2012 to correspond with the new assessment system.

These reform efforts were undertaken in a systematic way with plenty of lead time to allow for training at all levels. Four years before the curriculum changes went into effect, information sessions involving teams from every school were held to inform and share strategies on implementation. Members of the media were also continually informed of the process. All schools, teachers and students are supported by the Education Bureau, but schools have freedom to determine their own direction. This allows flexibility to determine how they spend monetary resources, focus their curriculum, set goals, and involve stakeholders. It has led to many different approaches to the new reforms. Under this system, schools are to be held accountable for student performance. This, however, is one of the challenges facing education in Hong Kong: underperforming schools receive the same funding and are not held accountable due to reluctance on the part of the government to intervene in education.

Lessons for the United States

The strong history of respect for education and the view that everyone is able to achieve at high levels, resulted in a restructuring that set high standards and expectations. All students are now expected to perform at the level that was previously set for the elite students. This is a characteristic of all high performing systems.

The systematic implementation of the reforms is also notable. Securing buy-in from the community, parents, education leaders, and politicians, while ensuring the media is informed and involved, aided the massive undertaking of reforming the entire education system.