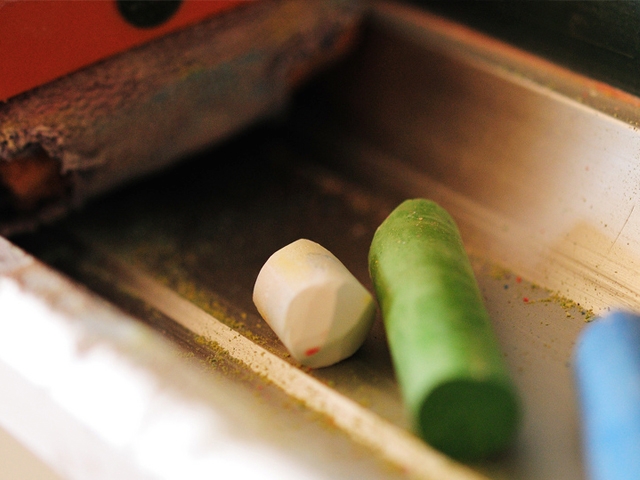 Two trends have dominated domestic debate regarding Japanese education since the 1990s. The trends can be symbolized as a perceived conflict between the catch phrase “yutori kyōiku,” roughly (and somewhat misleadingly) translated as a more relaxed education or education some freedom, and the “Action Plan for Improving Academic Ability,” a specific response to the perceived decline of the academic (meaning ability in math, science, and literacy) in comparison to their peers in other industrialized nations. Japan will implement a new comprehensive guide to elementary education in April 2011, representing an attempt to maintain some of the benefits of the educational reforms of the 1990s and early 2000s while increasing the academic rigor of Japanese compulsory education.

As in many democratic nations, the simplified debate between “yutori kyōiku” and “improving academic ability” masks a much more complex reality. To make sense of the debates over educational reform in the past two decades requires understanding of the basic structure of primary education in Japan and the relationship between policy and practice in Japanese schools.

The basic outline of Japanese public school education is outlined in a series of documents created by the Ministry of Education, Sports, Culture and Technology (MEXT). Most importantly is the Gakushū Shidō Yōryō, essentially a Handbook for Education that provides specific guidance to Japanese schools. The document determines such important topics as the subjects to be taught and the minimum number of hours to be spent on each subject at each grade level. In the late 1980s and 1990s, a number of leaders in different sectors of Japan expressed concern that Japanese schools produced graduates that had strong basic academic skills but lacked creativity, independence, and the desire to be lifelong learners. There was also widely held concern, especially amongst educators, that schooling was too intense, creating excessive stress on students. The Gakushū Shidō Yōryō that was implemented in 2002, responding to these trends, implemented the strongest version of “yutori kyōiku.” The ultimate desire was to instill in students “a zest for learning.”

MEXT implemented a number of reforms for compulsory education (through the completion of the third year of Junior High School, roughly 9th grade in the U.S. system). The three that have garnered the most attention are the reduction in the number of school hours, reduction of the number of hours devoted to academic subjects, and the creation of a course of “integrated studies.” The reduction in school hours was accomplished primarily through eliminating Saturday classes, a reform that had been gradually being implemented since the 1990s. The course in integrated studies was intended to allow schools the freedom to create a learning space outside the traditional bounds of the curriculum that would not be closely associated with entrance tests or tightly defined learning outcomes. With this freedom, the courses were to allow for greater choice, individualizing the courses to meet the individual goals of students in the upper grades, and allow for easier teaching about topics that worked across the curriculum, such as studying the natural environment, education for a global world, or studying “information technology.”

Shortly after the implementation of the new curriculum, Japanese students declined in their achievement on international comparative tests, especially the TIMMS and PISA studies. In response, a number of gradual changes were implemented designed to help improve the academic performance of Japanese students while maintaining some of the benefits of the earlier reforms. Key changes included a gradual increase in the required topics to be taught in the standard academic subjects, a gradual increase in the number of hours devoted to these subjects, and the implementation of national standardized testing at the end of the 6th and 9th grades (National Survey on Educational Performance) in mathematics and Japanese for the first time starting in 2007. The tests were implemented with a desire to assess the skills of the students as a whole and target areas where there were needs for improvement in the system. The tests were met with significant concern that they would be used as a means of creating greater comparison and competition between schools as well as increase pressure on students. The tests, which included extensive student and teacher surveys, provide a rich source of data regarding not just the strengths and weaknesses of Japanese students, but also rich data regarding other factors that can effect learning as diverse as the amount of time spent reading independently each day, student breakfast habits, and student use of cell phones to send e-mails each day. (Both test questions and summaries of results for each year can be accessed online (in Japanese) at: http://www.nier.go.jp/kaihatsu/zenkokugakuryoku.html).

Based on the previous decade of experience with “yutori kyōiku” and significant data has been collected, especially since the implementation of standardized testing in 2007, the Gakushū Shidō Yōryō to be implemented in April 2011 represents a significant modification of the 2002 reforms. The decrease in school hours will be maintained, as will the integrated studies courses, but less emphasis than in the past decade. The topics to be covered in math and Japanese, which have been gradually increasing since 2004, will increase significantly as will the number of hours devoted to these subjects. As can be seen in the charts below, the number of overall teaching periods has increased, as well as the number of hours devoted to math and Japanese. (Each teaching period is 45 minutes. The number represents the required number of teaching periods per academic year, which runs from April – March.)

The changes outlined in this summary represent substantive changes in the structure of a Japanese students’ school day – with obvious effects on learning. Teaching methods in Japan have also changed in recent years, but the changes have tended to be more gradual. While it goes beyond the scope of this summary to describe them in detail, three dominant trends have been to increasingly emphasize literacy across the curriculum, place greater emphasis on quantitative reasoning skills and the ability to understand the concepts behind the numbers in mathematics, and integrating more “experiential learning” across the curriculum. That being said, changes in teaching methods have tended to be gradual, and, as a general idea, emphasize gradually attempting and integrating new teaching techniques into more traditional teaching methods. Particularly in the math curriculum, a balance has been maintained between teaching concepts while maintaining strengths in teaching basic numeracy skills. The combination has resulted, for example, in Japanese students by the second grade solving far more complex mathematical problems in terms of both basic numerical skills and in terms of quantitative reasoning than the majority of their peers in the United States. Many of the changes and debates outlined in this summary and changes being implemented in 2012 are the direct outgrowth of the results of previous TIMMS and PISA reports, so the results of the current most recent PISA report are likely to impact future education reform in Japan.

Dr. Robert Fish is Director of Education at Japan Society of New York, where he edits an extensive online resource for teachers, About Japan: A Teachers Resource. Dr. Fish holds a doctorate in Japanese history, with a specialty in the history of Japanese education.