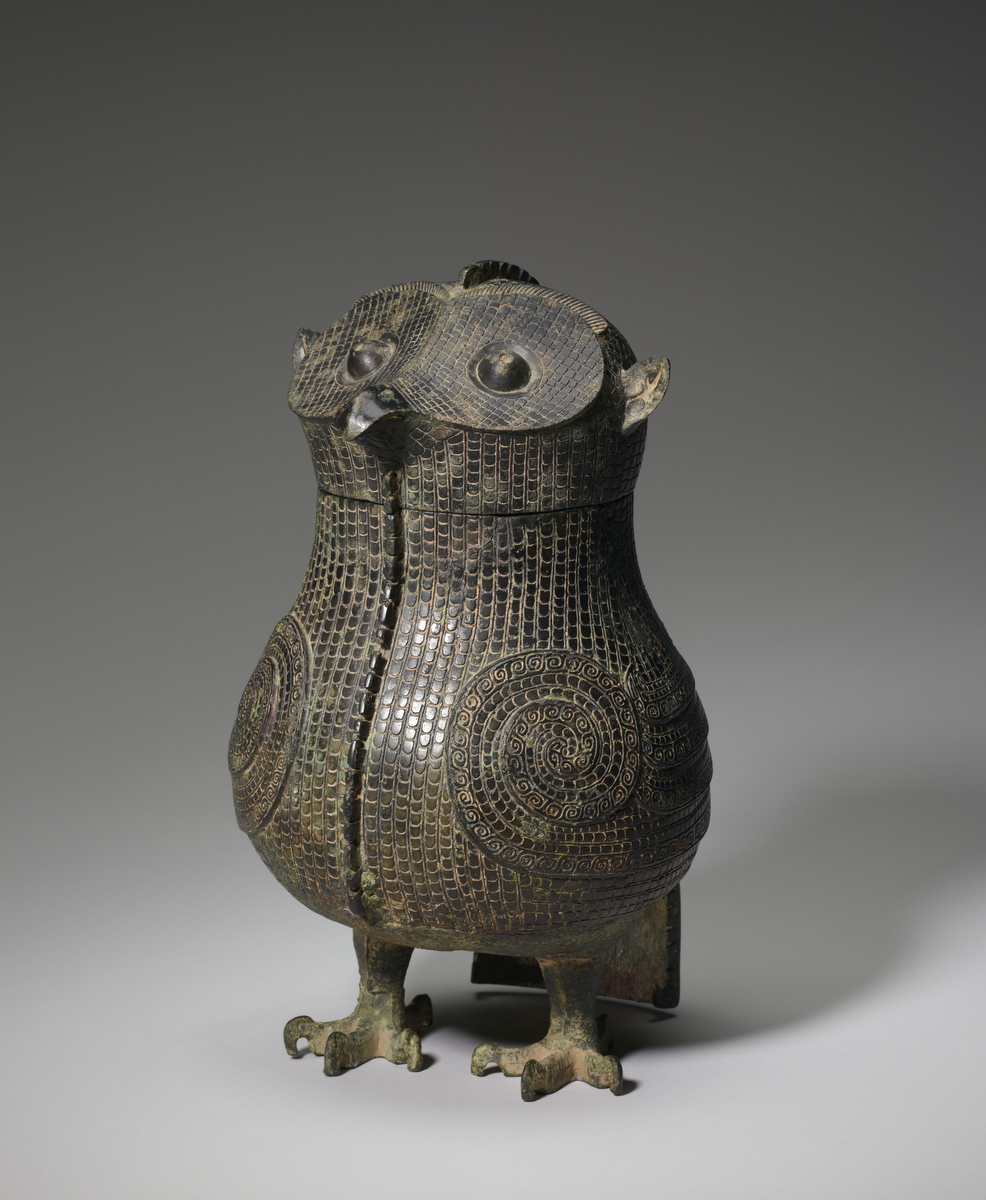 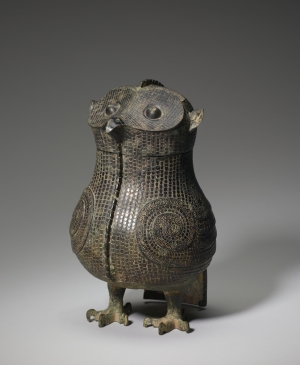 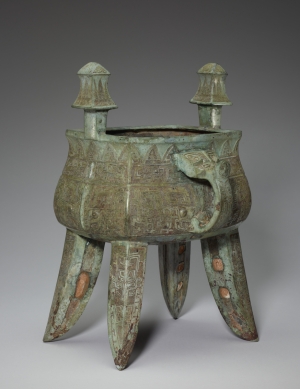 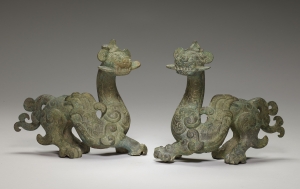 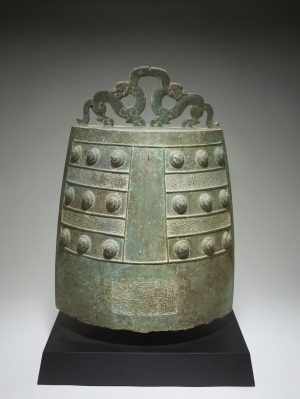 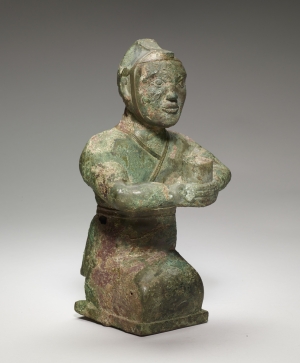 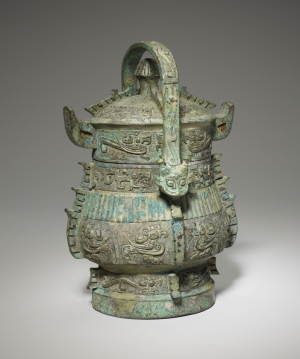 Exploring the ritual significance of ancient Chinese bronzes, this exhibition sheds new light on innovations of form and ornamentation, and the advanced techniques of casting of these stunning objects dating from the Shang to the Han Dynasties (1600 BCE to 220 CE). Bronze designs influenced other art forms in China, and later examples in jade, blue and white ceramics, and cloisonné will also be featured.

Admission to this exhibition is free.

Docent Tours
Friday, November 27 – Sunday, November 29, 2020 (Times vary)
Join us for your last chance to experience this exhibition with a personalized, guided tour by our experienced docents.

HOUSTON, February 27, 2020 — Asia Society Texas Center (ASTC) opens a new exhibition on February 29, featuring almost 100 pieces spanning over three millennia of ancient Chinese bronze artwork and later eras inspired by the Bronze Age. Eternal Offerings: Chinese Ritual Bronzes showcases the artistry of hundreds of artisans and craftsmen whose creations were used in ancestral traditions and burial rites. The exhibition explores humanity’s universal desire to honor one’s ancestors and highlights some of the earliest examples of the artwork and methods developed for that purpose. Though today’s technology has devised many ways to honor loved ones, this exhibition demonstrates that the concept of honoring those who came before is inherent to the human experience.

The bronzes originate from 1600 BE to 220 CE and represent the largest, most prestigious collection ever seen in Texas. The exhibition also features digital media illustrating the process of casting the bronzes, widely considered to be among the most advanced metalwork before modern times. The objects on display include pots and other serving vessels, bells, spears, daggers, and mirrors. Many are intricately shaped like animals, such as a dragon, owl, water buffalo, and a horse. The ornamentation is even more impressive given that the molds were always destroyed as a by-product of the casting process, guaranteeing that each object was completely unique.

As in many cultures both ancient and modern, rituals and ceremonies honoring departed family members were a pivotal part of Chinese society. Ancestors’ names were often cast into the pieces, and some pieces chronicled specific events in their lives. Inscription styles and the level of detail evolved over the centuries, allowing the exhibition viewers to witness first-hand the evolution of an ancient art form that eventually reached across the globe.

A collection from the Minneapolis Institute of Art, the exhibition contains not just serving objects and animal shapes, but weapons and musical instruments too. Bells were an important part of rituals connecting the living to the dead, and music was a crucial a part of honoring the dead in ancient ceremonies, just like today’s funerals and religious services.

In addition to highlighting bronze artistry, the exhibition will put bronze objects side by side with later artworks influenced by the Bronze Age, such as jade, blue and white ceramics, and cloisonné.

Given the rarity of a collection this size, this is the only opportunity that will be offered anywhere in Texas for history buffs, art fans, and the public at large to see these works.

Exhibitions at Asia Society Texas Center are presented by Nancy C. Allen and Leslie and Brad Bucher. Major support comes from Chinhui Juhn and Eddie Allen and Mary Lawrence Porter, as well as The Brown Foundation, Inc., The Hearst Foundation, Inc., Houston Endowment, and the City of Houston through Houston Arts Alliance. Generous funding is also provided by The Anchorage Foundation of Texas, The Clayton Fund, Texas Commission on the Arts, National Endowment for the Arts, Wortham Foundation, Inc., Olive Jenney, and Ann Wales. Additional support for this exhibition was provided by the China General Chamber of Commerce–Houston and Stavis & Cohen Financial LLC. United Airlines is our official airline partner. Funding is also provided through contributions from the Exhibitions Patron Circle, a dedicated group of individuals and organizations committed to bringing exceptional visual art to Asia Society Texas Center.