U.S.–China Relations Under Presidents Biden and Xi: What to Expect | Asia Society Skip to main content

U.S.–China Relations Under Presidents Biden and Xi: What to Expect 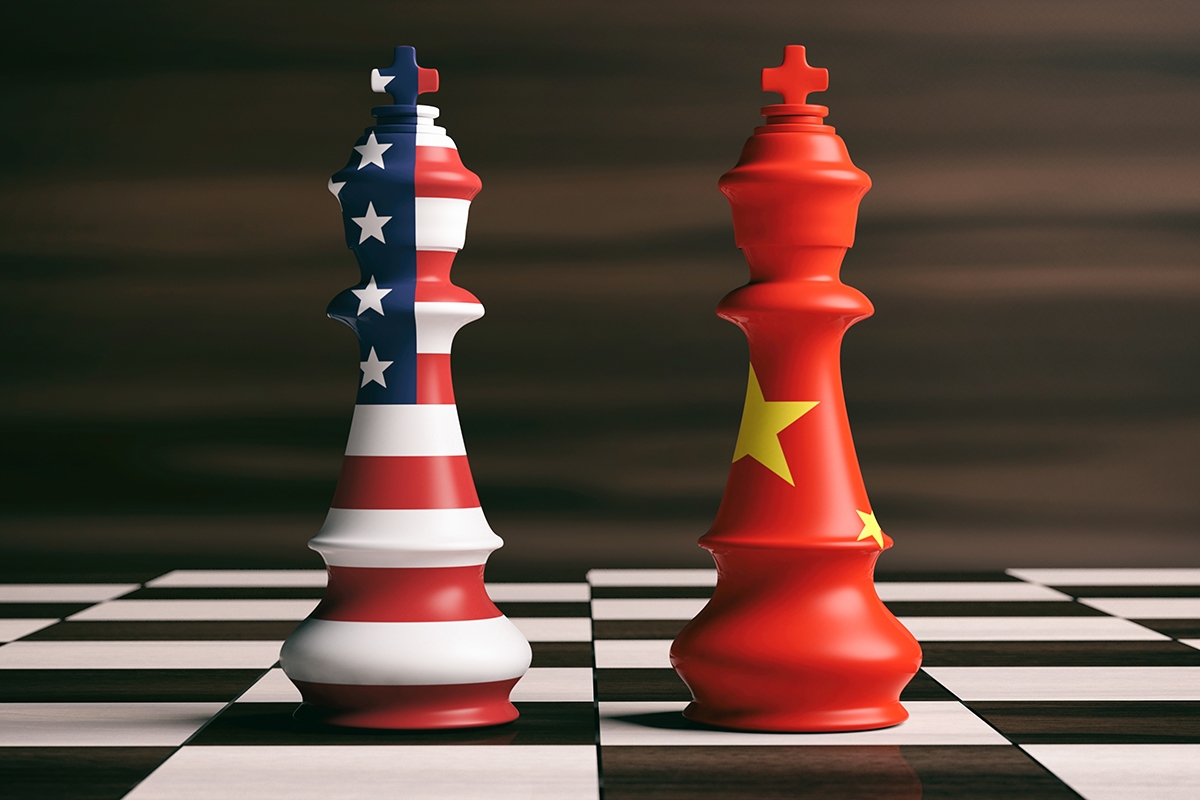 Tune in Thursday, January 21, at 7:30 p.m. CT for a live video webcast. We invite audience questions via YouTube Live and Facebook Live.

In 2020, relations between the U.S. and China reached the lowest point in four decades, as the two global superpowers clashed over many issues: the coronavirus pandemic, trade and economic disputes, human rights, democracy, territorial claims, cybersecurity, and espionage. Correspondingly, public sentiment toward China has grown increasingly negative in the U.S., with nearly two-thirds of the Americans polled by Pew Research Center citing unfavorable views of China. Both the Republican and Democratic parties have adopted more confrontational rhetoric against China, framing the country as a threat and adversary to the U.S. rather than a friendly competitor and vital partner on some of the most pressing global issues.

Under the newly inaugurated President Joe Biden, what is the path forward for the U.S.–China relationship on the international stage? Will Washington continue with the confrontational policies of the past few years? Will Beijing's approach change and will it respond differently to Washington's policies? And what do these changing policies mean for the citizens of each country? Join Asia Society for a discussion on what the next decade of U.S.–China relations may look like.

David J. Firestein is the inaugural president and CEO of the George H. W. Bush Foundation for U.S.-China Relations (Bush China Foundation) and a founding and current member of the Foundation’s Board of Directors. He is based in Austin, Texas.

Prior to joining the Bush China Foundation, Mr. Firestein was the founding executive director of The University of Texas at Austin’s (UT) China Public Policy Center (CPPC) and a clinical professor at UT’s Lyndon B. Johnson School of Public Affairs. Before moving to UT, Mr. Firestein served as senior vice president and Perot Fellow at the New York City-based EastWest Institute (EWI), where he led the Institute’s track 2 diplomacy work in the areas of U.S.–China relations, East Asian security and U.S.–Russia relations; Mr. Firestein, who held EWI’s lone endowed chair, remains one of the longest-serving senior executives in EWI history.

A decorated career U.S. diplomat from 1992–2010, Mr. Firestein specialized primarily in U.S.–China relations. Among the honors he garnered during his diplomatic career were the Secretary of State’s Award for Public Outreach (2006) and the Linguist of the Year Award (1997). Toward the end of his State Department career, he served as an elected member of the Board of Governors of the American Foreign Service Association (AFSA), the union and professional association of the United States Foreign Service; in this capacity, he represented and worked to advance the interests of several thousand State Department constituents. He also served as the elected president of the large community associations of the U.S. embassies in Beijing and Moscow.

Mr. Firestein is the author or co-author of three books on China, including two China-published Chinese-language best-sellers, as well as a large number of China-focused monographs, policy reports and articles (and publications on non-China-related topics). As a writer, Mr. Firestein broke new ground in a number of ways:  in the mid-1990s, he became the first foreign citizen to have a regular column in a People’s Republic of China newspaper and the first foreign diplomat (and perhaps the first foreign citizen) to publish an original book in the country, among other milestones.  He is a prolific public speaker and frequent commentator in the U.S. and Chinese media. The Voice of America’s Mandarin Service wrote in 2016 that Mr. Firestein is “one of the world’s best non-native speakers of Mandarin Chinese”; early in his career, he interpreted for dozens of top-level U.S. and Chinese leaders and officials. (Mr. Firestein also speaks Russian.)

In the years since he left the State Department, Mr. Firestein has produced path-breaking Capitol Hill testimony, thought leadership and scholarship on a wide range of topics, including U.S. arms sales to Taiwan, U.S.–China trade, the role of national exceptionalism as a driver of major international conflict, the value of government, U.S. public diplomacy in the wake of 9/11 and the use of contemporary country music as presidential campaign communication. Numerous incumbent and former U.S secretaries of state and national security advisors from both sides of the partisan aisle — along with multiple other incumbent and former U.S. Cabinet members, members of the U.S. Joint Chiefs of Staff, U.S. combatant commanders and other prominent U.S. figures — have lauded his contributions and achievements in the area of U.S.-China relations.

In recent years, Mr. Firestein periodically has been invited to brief significant swaths of the U.S. investment community, including via the 20-20 Investment Association and the Pacific Pension & Investment Institute, which together represent well over $30 trillion under management, on China and U.S.–China relations.

Mr. Firestein currently serves on the boards of directors or advisors of over a dozen foreign affairs-focused, business-focused, China-focused and Texas-focused U.S. non-profit organizations. Of particular note, he is one of the few Americans who is concurrently formally affiliated with two different U.S. presidential legacy entities (the Bush China Foundation; and the LBJ School of Public Affairs, where he serves on the Dean’s Advisory Council). He is also the only non-profit executive ever elected to the Board of Directors of the Texas Association of Business, Texas’ influential chamber of commerce. And he is a member of the founding, and current, Board of Directors of the U.S. Heartland–China Association, where he serves as the inaugural chairman of the policy committee.

Mr. Firestein was a member of the graduate faculty of The University of Texas at Austin for a total of four academic years, most recently from 2017 to 2019.  He was also the first foreign diplomat ever to teach courses and coach debate at MGIMO (now, MGIMO University), Russia’s premier foreign affairs training ground.

A native of Austin, Texas and current resident of the Austin area, Mr. Firestein holds a bachelor’s degree from Georgetown University and two master’s degrees from The University of Texas at Austin, as well as various advanced training certifications from the National Foreign Affairs Training Center of the U.S. Department of State.

Charles C. Foster, who served as Chairman of Asia Society Texas Center for 20+ years, is Chairman of Foster LLP, one of the largest global immigration law firms. He received his Bachelors from the University of Texas and his J.D. from the University of Texas School of Law. Charles is a Board member and the founding Chairman of the State Bar of Texas Immigration and Nationality Law Section, the past national President of the American Immigration Lawyers Association and the Chairman of the American Bar Association Coordinating Committee on Immigration Law. Charles served as the principal advisor to President George W. Bush on U.S. immigration policy during the 2000 and 2004 presidential campaigns and was an advisor on immigration policy issues to President Barack Obama in the 2008 campaign. He is also Chairman of U.S. China Partnerships, Americans for Immigration Reform, a 501(c)(3) affiliate of the Greater Houston Partnership (GHP) and the GHP’s Immigration Task Force. He is a member of GHP's Executive Committee and on the Board of the Houston Ballet. He was designated a “Texas Super Lawyer” from 2003 to 2020 by Texas Monthly, the “Top Notch Lawyer in Immigration” in the Texas Lawyer “Go To Lawyers Guide,” the #1 Ranked Immigration Lawyer in Texas by Chambers USA, and he was listed as one of the nation’s “20 most powerful employment attorneys” in immigration by Human Resource Executive in June 2011. He was the 2013 recipient of the Houston Bar Association’s prestigious Leon Jaworski Award and was featured in the critically acclaimed movie Mao’s Last Dancer.