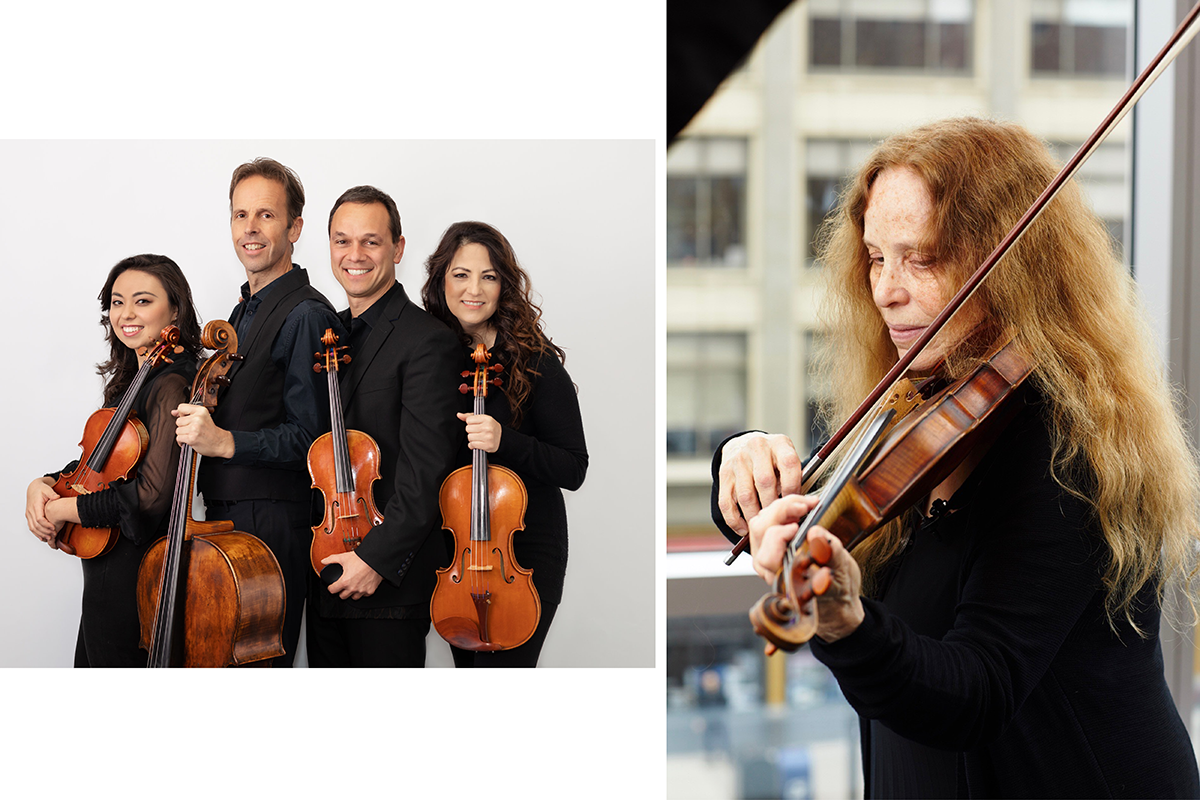 Join us in exploring the unexpected with the third annual Turkish Music Festival, highlighting the thousand-year connection between Turkish music and that of the surrounding cultures of Eastern Europe and the Middle East. Master of regional bowed instruments and Berklee College of Music professor Beth Bahia Cohen will take the stage alongside boundary-breaking ensemble Carpe Diem String Quartet and Hoppa Project musicians to showcase a selection of the regions' distinct musical traditions, interwoven through time and place.

Hoppa Project, directed Erberk Eryılmaz and Laura Krentzman, aims to promote music from Eastern Europe and the Middle East by performing the music of the region with a wide range of styles from folk to newly commissioned contemporary music. Hoppa is an exclamation that is commonly used in the region to say “Come on!, Let’s go!” This is the attitude we feel is needed to share what we love. Our goal is to expose people to a culture that they might not know well and also bring foreigners abroad back home with music. Hoppa Project brings western and eastern trained musicians together in order to discover cultural connections.

Performing Arts and Culture programs are presented by Wells Fargo. Major support for Performing Arts programs comes from Nancy C. Allen, Chinhui Juhn and Eddie Allen, Ellen Gritz and Milton Rosenau, the City of Houston through Houston Arts Alliance, The Hearst Foundation, The Brown Foundation, Mary Lawrence Porter, Houston Endowment, and the Anchorage Foundation of Texas. Generous funding also provided by AARP, The Clayton Fund, The Cullen Trust for the Performing Arts, Miller Theatre Advisory Board. Additional support provided by the Wortham Foundation, Texas Commission on the Arts, National Endowment for the Arts, and through contributions from the Friends of Asia Society, a dedicated group of individuals and organizations committed to bringing exceptional programming and exhibitions to Asia Society Texas Center. This program is presented in partnership with Hoppa Project, American Turkish Association of Houston, and The Shepherd School of Music at Rice University.