The Future of American Democracy: A Conversation With Andrew Yang | Asia Society Skip to main content

The Future of American Democracy: A Conversation With Andrew Yang 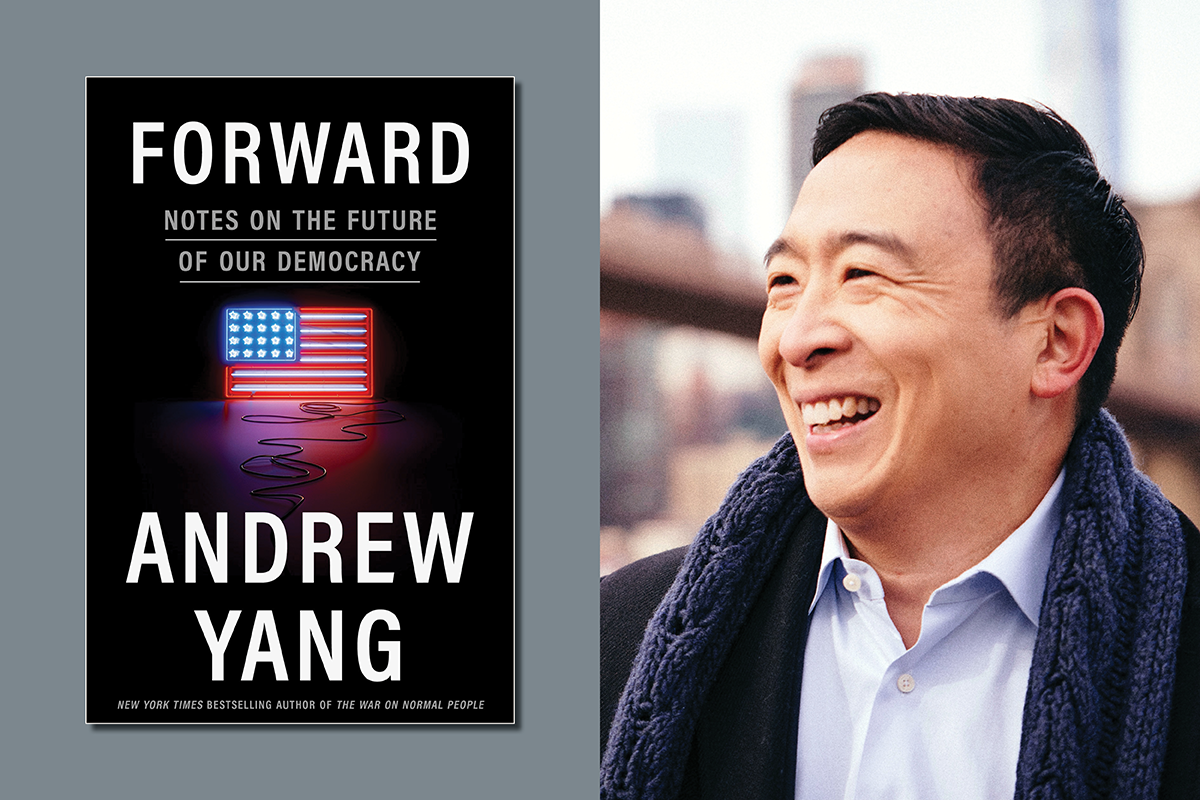 Books will be available for purchase at the event, and a book-signing will take place following the program.

In addition, face masks covering the nose and mouth must be worn inside the building and during the entire event.

Andrew Yang’s historic 2020 presidential campaign garnered unexpectedly strong, diverse support across an established political landscape, and elevated Asian Americans on the national political stage. Today, Yang continues to call for bold, innovative strategies in the face of what he sees as a cascading series of problems in America’s antiquated institutions that impact not only job security and wealth inequality, but our very democratic systems. The failure to keep up with technological change and other twenty-first century problems imperil American democracy, and Yang warns that “it is up to us” to find solutions.

Join Asia Society Texas in welcoming Andrew Yang as he shares his experiences on the national stage, discusses his ideas inspired by leading thinkers, and highlights the urgency in stepping back from the brink to plot a new way forward for our democracy.

Andrew Yang is an entrepreneur, author, philanthropist, non-profit leader, and former U.S. presidential and NYC mayoral candidate. After being a corporate lawyer for five short months, joining a few start-ups, and even launching his own company, Andrew eventually became CEO of an education company that became #1 in the country. He then started a national entrepreneurship non-profit, Venture for America, which worked to empower thousands of young entrepreneurs to bring economic dynamism to cities like Detroit, Cleveland, Baltimore, Birmingham, St. Louis, and others around the country. Leading the organization to become a national multi-million dollar charity, Andrew was named a Presidential Ambassador of Entrepreneurship by the White House under the Obama administration and a Champion of Change for his leadership.

After seeing the devastation that automation and the fourth industrial revolution were doing to the American workforce, Andrew decided to run for President in late 2017. Initially dubbed a "longer than long shot" candidate by The New York Times, Andrew's grassroots support, known as the “Yang Gang,” propelled him to seven Democratic primary debates, outpolling and outlasting six senators, four governors, three members of congress, two mayors, and one secretary.

With a vision to rewrite the rules of the United States economy through a “Freedom Dividend” of $1,000 a month for every American adult, Andrew’s movement around Universal Basic Income and Cash Relief engaged over 3 million combined social media followers, raised nearly $40 million dollars in an average of $35 increments, and become one of the most exciting stories in the 2020 race. According to CNN, Andrew Yang’s campaign "didn't just make history... [it] unquestionably put a sizable dent in the future as well."

As an activist, Andrew has turned his movement into a political reality, launching a non-profit, Humanity Forward, that has successfully lobbied Congress to bring billions of dollars in cash relief and stimulus checks to millions of Americans in need.

Andrew is the author of three books, including his newest work, Forward: Notes on the Future of our Democracy, outlining the problems in our broken system and a way forward to prevent the decline of American democracy. He currently lives in Manhattan with his wife Evelyn and two boys, is an avid basketball fan, and host of a bi-weekly podcast, Forward.