Dunhuang Inspired: An Evening with Tan Dun [SOLD OUT] 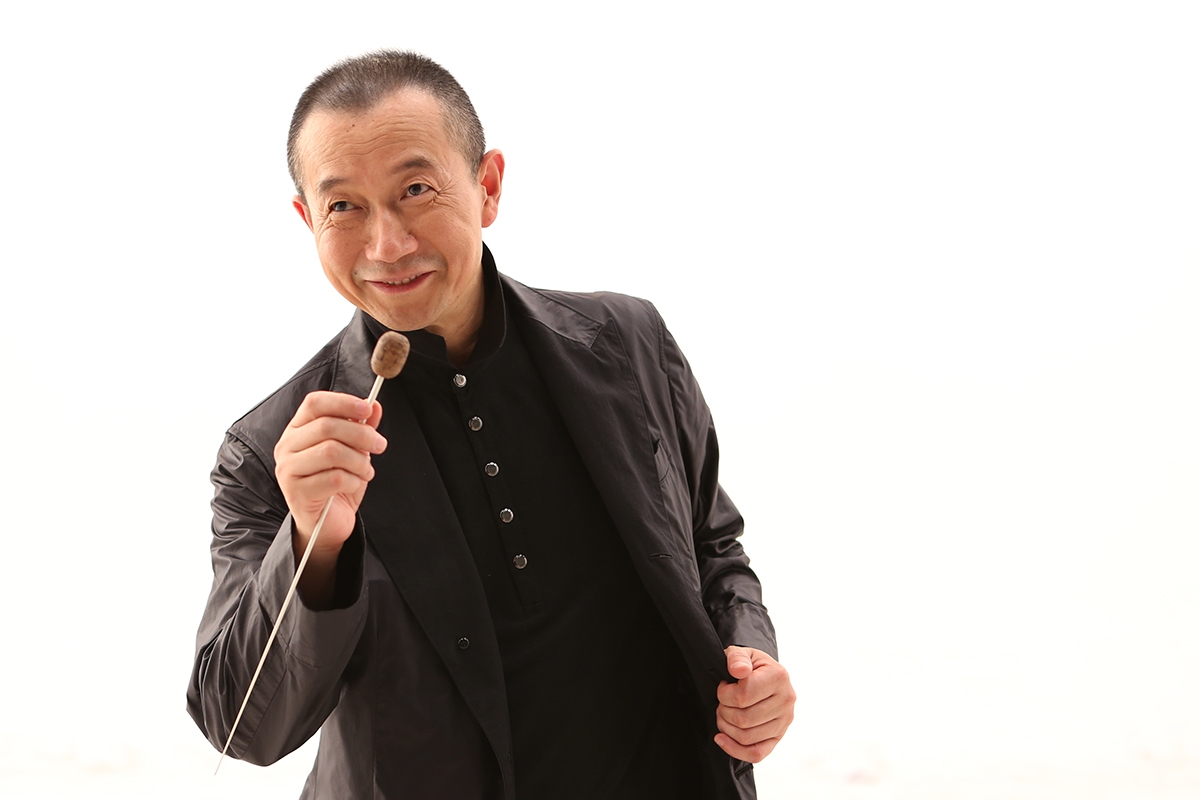 This event has sold out. Patrons interested in purchasing tickets at the door will be put on a wait list pending available seating.

Inspired by the powerful history of spiritual and cultural exchange of China's Mogao Caves, as well as the groundbreaking musical history discovered in the Dunhuang murals from the 4th-14th centuries, Tan Dun spent two years locating, visiting, researching, and documenting the lost musical manuscripts of the Library Cave and the over 40 instrument illustrations found on its walls. The instruments illustrated in such paintings tell the story of a neglected part of music history that is little known by the outside world. With his research and unique musical reconstruction, Tan Dun seeks to redefine the history of the orchestra and to offer audiences the opportunity to hear the sound of Dunhuang from more than 1,000 years ago. In helping recreate these sounds, Tan Dun has spent years researching and replicating instruments found on the cave walls and has currently created four instruments: Nayin Four-String Pipa, Five-String Pipa, Ji Qin, and the Fan Tan Pipa.

Tan Dun's fascination and countless hours of research to translate and unearth "the ancient sounds of Dunhuang" culminated in an ambitious new work, weaving chants, stories, and sounds of Dunhuang into an oratorio of six individual short stories. Entitled Buddha Passion, the work captures the ancient narratives of the Buddha's teachings and the timeless, universal concepts of love, forgiveness, and sacrifice, where Tan Dun summarizes the stories portrayed on the walls of the Mogao Caves in an extraordinary and unique musical work. Premiered in May at the Dresden Festival, and awaiting its U.S. premiere in Los Angeles with the LA Philharmonic in February, Tan Dun will share how his research helped create the monumental new work weaving stories that have lived in the hearts and minds of the Eastern World for thousands of years. 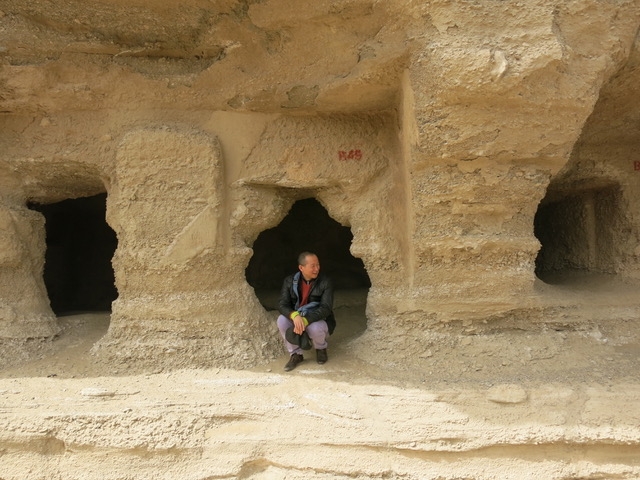 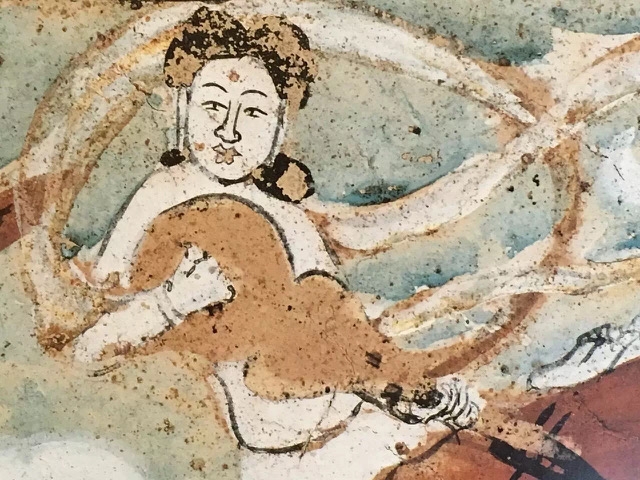 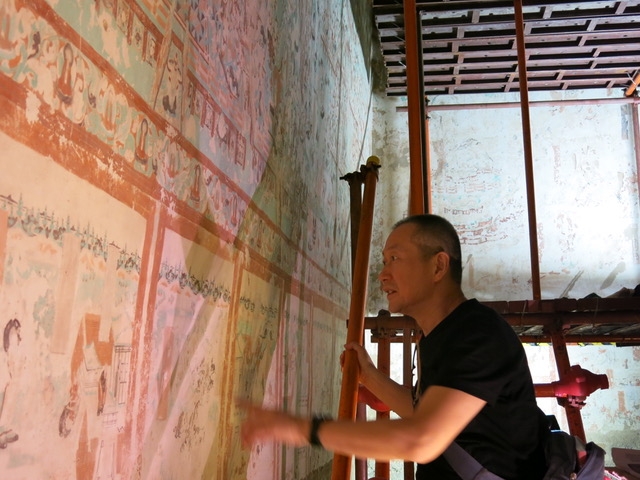 Tan Dun, Oscar-winning composer, to speak in Houston this week

Tan Dun, following in the footsteps of his musical icons composer and conductors Mahler and Bernstein, has made an indelible mark on the world's music scene with a creative repertoire that spans the boundaries of art. A winner of today's most prestigious honors including the Grammy Award, Oscar/Academy Award, Grawemeyer Award for classical composition, Musical America's Composer of The Year, Bach Prize and Shostakovich Award, Tan Dun's music has been played throughout the world by leading orchestras, opera houses, international festivals, and on the radio and television. As a conductor, Tan Dun has led the world's most esteemed orchestras, including The Philadelphia Orchestra, Los Angeles Philharmonic, The Metropolitan Opera, Royal Concertgebouw Orchestra, London Symphony Orchestra, Orchestra dell'Accademia Nazionale di Santa Cecilia, Orchestre National de France, and NHK Symphony Orchestra of Japan, and has recently been named Honorary Chair of the Carnegie Hall China Advisory Council. As a global cultural leader, Tan Dun is dedicated to the purpose of rediscovering, preserving, and disseminating the world’s vanishing cultures and protecting water and natural resources worldwide. Tan Dun served as “Cultural Ambassador to the World” for World EXPO Shanghai and most recently, UNESCO appointed Tan Dun as its global Goodwill Ambassador. Tan Dun has also recently been appointed as the Honorary Artistic Director of the China National Symphony Orchestra.

Tan Dun’s individual voice has been heard widely by international audiences. Most recently, Tan Dun opened the renowned 56th Venice Art Biennale with his Sound-River installation, and in June conducted La Scala Orchestra at the World Expo Italy. In recent seasons, a new percussion concerto, The Tears of Nature, for soloist Martin Grubinger was co-commissioned by the LA Philharmonic and had its world premiere with the NDR Symphony Orchestra. In addition, Nu Shu: The Secret Songs of Women, a symphony for 13 microfilms, harp and orchestra inspired by the secret Nushu calligraphy of Tan Dun’s home province captured a disappearing language on film shot by the composer himself. Tan Dun’s first Internet Symphony, which was commissioned by Google/YouTube, has reached over 15 million people online.

Performing Arts programs at Asia Society Texas Center are presented by Mickey Rosenau and Ellen Gritz. Major support comes from Nancy C. Allen and Mary Lawrence Porter, as well as The Brown Foundation, Inc., Houston Endowment, and the City of Houston through Houston Arts Alliance.Generous funding also provided by AARP, The Clayton Fund, Miller Theatre Advisory Board, New England Foundation for the Arts, Schlumberger, Wortham Foundation, Inc., Texas Commission on the Arts, and National Endowment for the Arts. Additional funding is provided through contributions from the Friends of Asia Society, a dedicated group of individuals and organizations committed to bringing exceptional programming and exhibitions to Asia Society Texas Center. This program is presented in partnership with Dunhuang Foundation.