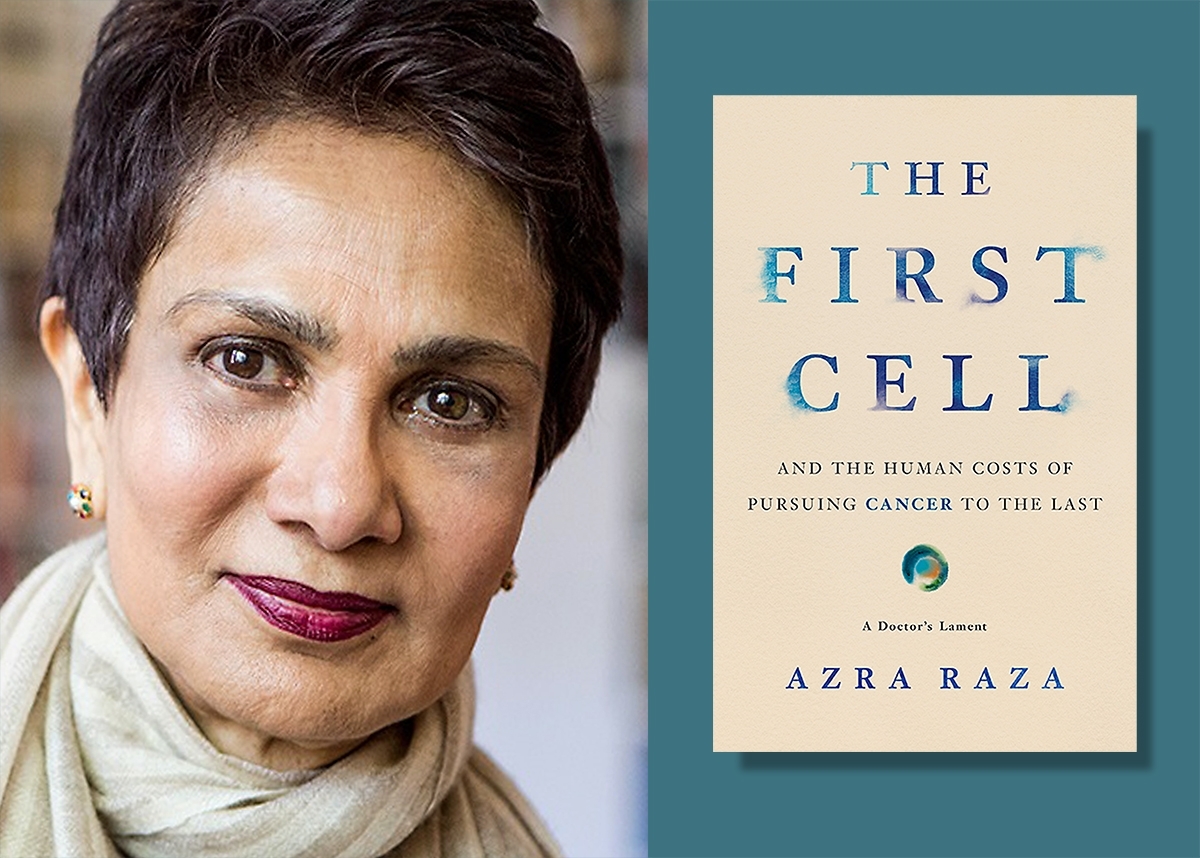 We have lost the war on cancer, according to professor of medicine and director of Columbia University's Myelodysplastic Syndrome (MDS) Center Azra Raza. Each year, $150 billion is spent treating cancer, yet — a few innovations notwithstanding — a patient with cancer is as likely to die of it as one was 50 years ago. Most new drugs add mere months to one's life, at agonizing physical and financial cost.

In her new book The First Cell, Dr. Raza offers a searing account of how both medicine and our society mis(treat) cancer, how we can do better, and why we must. Join Asia Society Texas Center as Dr. Raza explores cancer from every angle — medical, scientific, cultural, and personal — as she argues that we are overdue for a change in the paradigm for treating cancer.

Azra Raza is the Chan Soon-Shiong professor of medicine and the director of the MDS Center at Columbia University. Previously, she was the Chief of Hematology Oncology and the Gladys Smith Martin Professor of Oncology at the University of Massachusetts. She is considered an international authority on pre-leukemia (MDS) and acute leukemia and is one of those rare physician-scientists who divide their time equally between caring for patients and supervising a state-of-the-art basic research lab which is well-funded by multiple large grants. Dr. Raza has published her original clinical and basic research in high profile journals.

A sought-after speaker in scientific circles and the recipient of numerous awards including The Hope Award in Cancer Research 2012 (shared with the Nobel Laureate Dr. Elizabeth Blackburn), Dr. Raza is a member of the Founder Group designing Breakthrough Developments in Science and Technology with President Bill Clinton and met with Vice President Joe Biden to discuss the Cancer Moonshot initiative at his residence at the Naval Observatory in 2015.

She is a co-editor of www.3quarksdaily.com started by her brother Abbas Raza, with the idea of creating a curated retreat for everything intellectual on the web. She lives in New York City.

Over a 37-year career at the MD Anderson Cancer Center in Houston, Texas, Dr. Martin Raber served as a clinician, clinical investigator, and teacher. As a clinician, he founded and directed a clinic for patients with Carcinomas of Unknown Primary Origin. As an investigator, he participated in the early development of some of our most commonly used anticancer drugs. As an educator, he directed a residency program in Internal Medicine and a Fellowship program in Medical Oncology. At the same time, he served in a number of senior Administrative positions at the Cancer Center. Major battles with Lymphoma and the complications of both the disease and its treatment caused him to interrupt his career a number of times, and contributed to his eventual retirement.