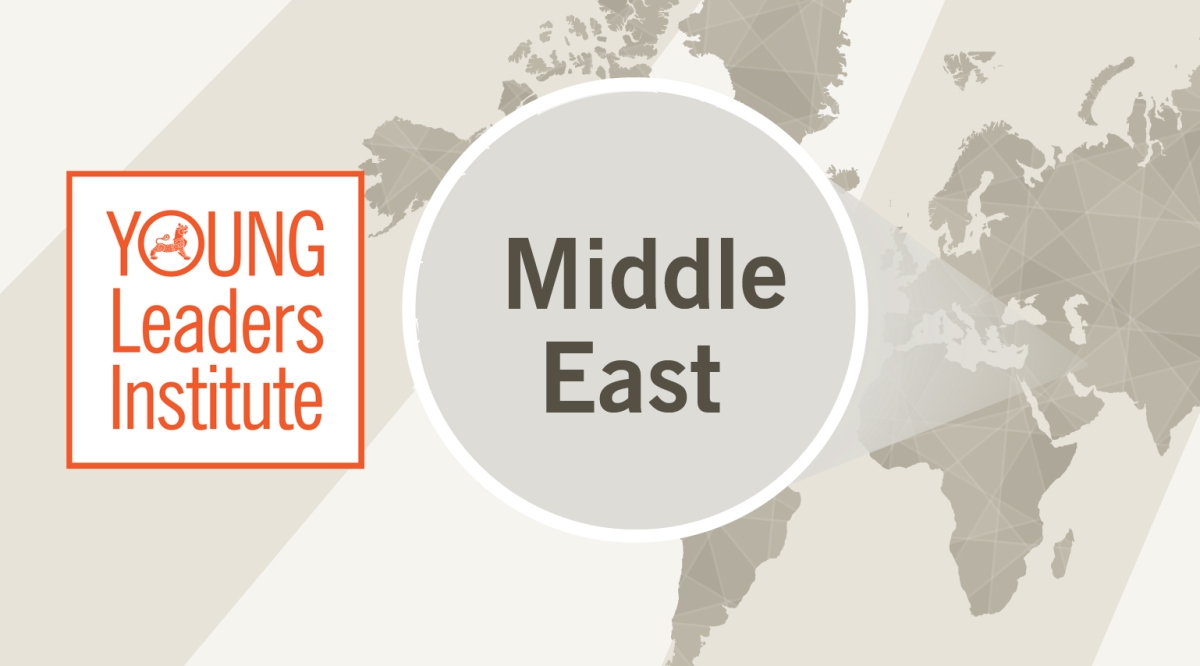 Students interested in attending the third session of this year's Young Leaders Institute must submit the online application by Friday, May 25.

For 2018, Asia Society is offering three different sessions. The third session will focus on the Middle East and address the following issues (subject to change). Asia Society staff will also arrange a field trip on one of the days of the week.

Claudia I. Baba received B.A. and M.A. degrees in Political Science from the University of Houston where her research focused primarily on comparative politics, political theory, and American politics. Active in education, politics, and art, she is a former high school social studies teacher, and director of education outreach at the World Affairs Council of Houston, where she coordinated programs like the World Cultures Summit and Global Issues In-Depth. She has worked on local, state, and national political campaigns and was field organizer for the Arab American Institute, a Washington based nonpartisan national leadership organization. She served on the executive committee of the award-winning Houston Palestine Film Festival and was local liaison for the Arab American National Museum in Dearborn, Michigan. Since 2012, she has served as an officer for the Arab American Educational Foundation (AAEF), which was formed in Houston in 1985 to promote understanding of Arab culture and history through the endowment of university chairs, sponsoring academic programs, lecture series, cultural performances, scholarships, and research. AAEF has established Endowed Chairs in Modern Arab History at both Rice University and the University of Houston. She currently teaches International Politics and Intercultural Issues at the University of St. Thomas.

Dr. Emran El-Badawi is program director and associate professor of Middle Eastern Studies at the University of Houston. He founded the Arab Studies program at UH and he has designed, implemented and assessed degree programs in the Humanities and Sciences. These include degrees in Arab-Middle East Studies, Religious Studies and interdisciplinary studies in Energy, Development and Sustainability, with a focus on US-Middle East relations. El-Badawi has consulted for various industries, including government, law and oil & gas. He is also active in program development and fund raising. El-Badawi is also the founding executive director and treasurer of the International Qur'anic Studies Association, which is the world's first learned society of its kind. Part of IQSA’s goal is to bridge the divide between scholars in the west and those in Muslim majority countries through international conferences.

El-Badawi has published in English as well as Arabic and has made dozens of national as well as international media contributins or appearances, including for The New York Times, Al-Jazeera, Forbes, Christian Science Monitor and Association Relative à la Télévision Européenne (ARTE). His awards include honorable acclaim by the British-Kuwait Friendship Society Book Prize for his book on The Qur'an and the Aramaic Gospel Traditions. His current research projects include a book on 'Arab Liberalism' between secular nationalism and political Islam, as well as a project documenting the evolution of Eastern Church/Canon Law to Shariah Law. El-Badawi has a bachelor’s degree in Computer Science from Rutgers University, and he received his Ph.D. with honors in Near Eastern Languages and Civilizations from the University of Chicago.

Krista Nix-Buckner is a Social Studies teacher and Debate coach at Katy High School.  She earned a B.A. in International Studies and Political Science from Texas A&M University in 2001.  Currently, she is working on a M.S. in Learning Technology at the University of North Texas.  As an undergraduate, she lived in Rabat, Morocco for a semester while researching a paper on local NGOs and their movement for a liberalization of Moroccan Family Law. In 2003, as a Vernacular Modernities Fellow under a grant from the Ford Foundation, Krista spent the summer living in Manado, Indonesia.  Her research there focused on the development of rotating credit associations as one response to tight credit environments for small businesses and private borrowers.  These experiences have fostered in her a love of teaching students about politics, economics, and culture in societies with a majority Muslim population.