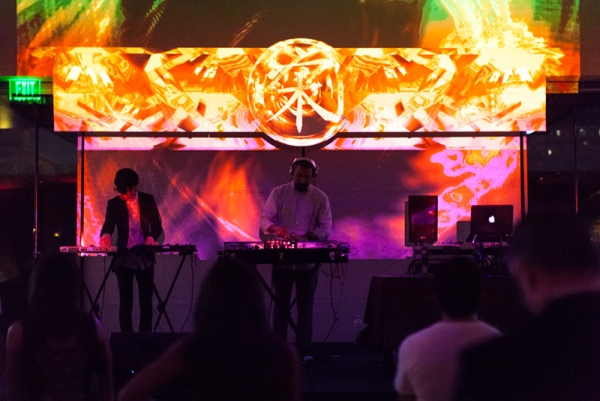 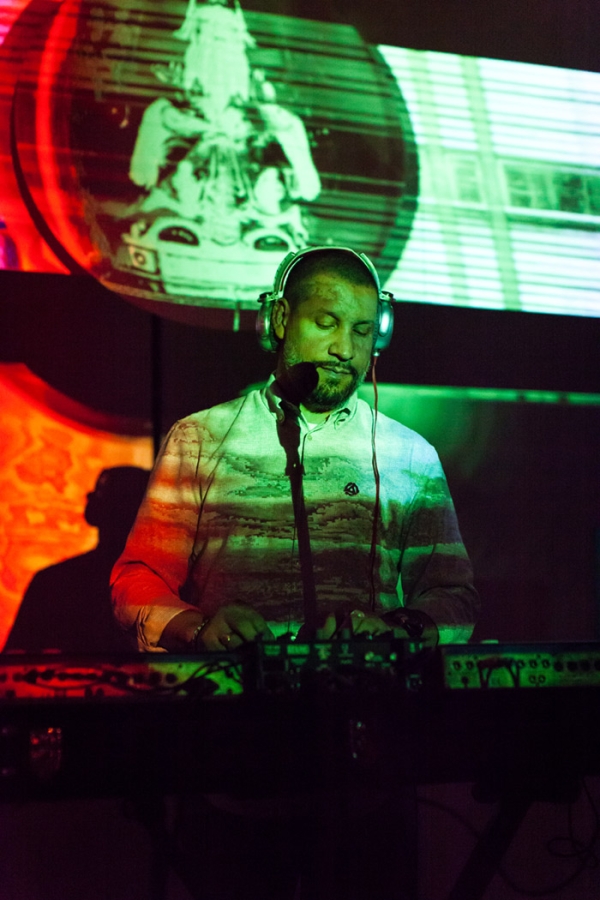 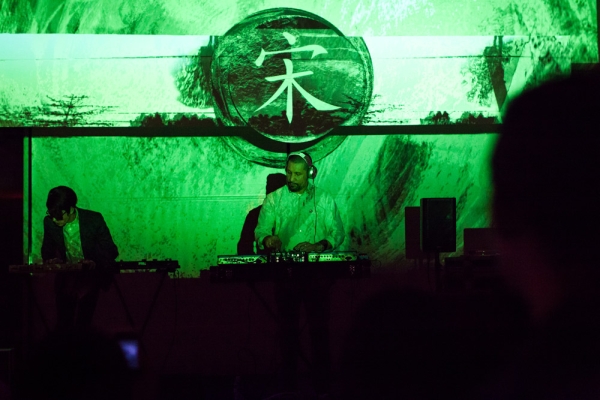 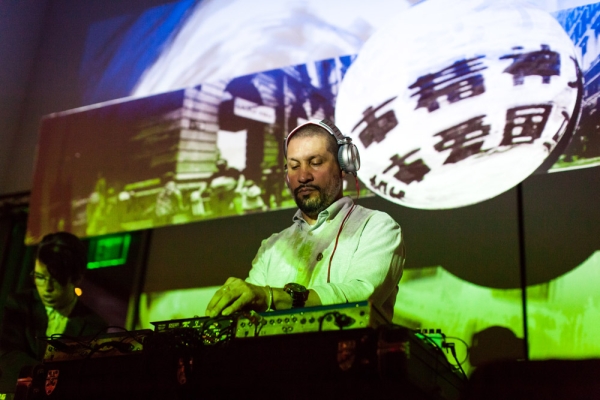 HOUSTON, October 3, 2015 — An engaged, diverse crowd visited Asia Society to experience the premiere of Sun’s Resolution. Conceived by Houston Press Music Hall of Famer DJ Sun (Andre Sam-Sin), the multi-media performance was a historical journey. It followed Sam-Sin’s over-8,000 mile voyage to Southern China, during which he traced the steps of his great-great-grandfather from Macau to the West.

Sam-Sin made the trip with Houston-based documentarian Jasmine Lee Richardson. The two explored various cities in the region, capturing their sights, sounds, and energy, all of which culminated in an eclectic 50-minute musical soundscape that was performed amidst an innovative live visual mix created by Richardson and projection artist Tim Steinke. Sam-Sin was joined on stage during the performance by US (Avery Davis) on keyboard and the duo presented Sun’s Resolution after an entrancing opening set by DJ Melodic. Local TV personality Ky Meyer hosted the evening.

The premiere date marked 50 years to-the-day from President Lyndon B. Johnson’s signing of the Immigration and Nationality Act (1965), a federal elimination of quotas and preferential treatment of immigrants from many countries, including China.

Sun’s Resolution was made possible by Asia Society’s presenting sponsor for performing arts and culture, Bank of America. Additional support was provided by Foster Global, LLP. Asia Society thanks Asia Society Hong Kong and Asia Society Shanghai for their leadership of this initiative.

Houstonia Magazine: Who Do you Think You Are?