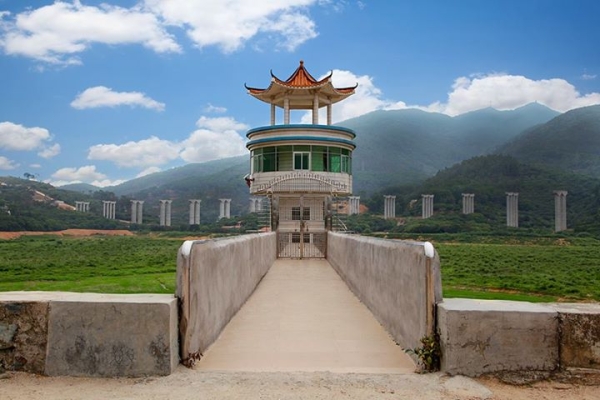 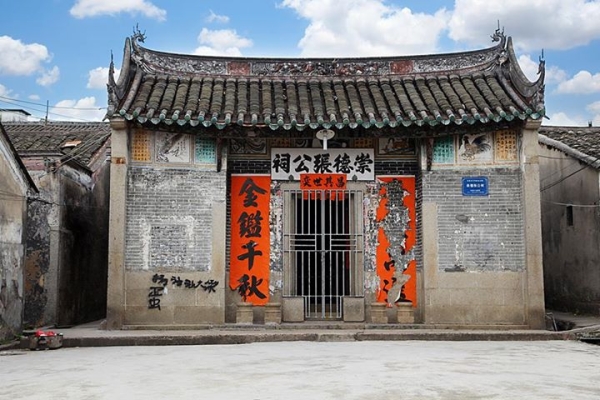 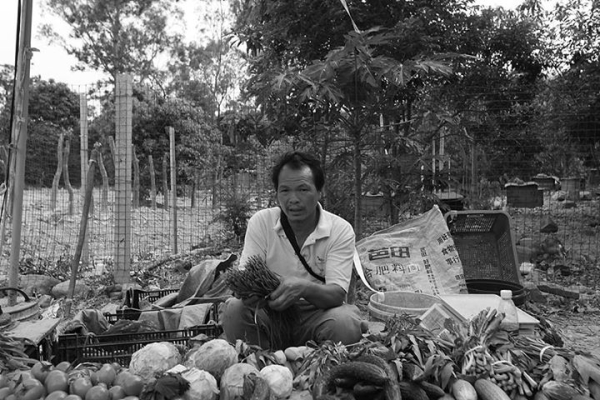 This past February, Andre Sam-Sin, better known by his moniker DJ Sun, traveled to China to trace and document his roots on a grant awarded by Asia Society Texas Center. Using video and images captured during the journey, DJ Sun's October 3 performance titled Sun's Resolution will blend new music and stunning imagery to tell the story of his ancestor's journey from China to the West.

The premiere of this multi-media performance at Asia Society Texas Center will feature seven chapters, titled and narrated below.

1. Nature; Forest
The Qingxi region, “Deer City,” in Guangdong Province, China has historical symbolism in Hakka culture. Its terrain—mountainous and desolate—is one that at first tested its inhabitants. After discovering deer drinking from crystal clear streams dripping out of the Yingping Mountain, the Qingxi people then resettled into the low plains and enjoyed a much more abundant existence. As the assumed ancestral origin of my ancestors, Qingxi Forest is where my journey began, following, as my ancestor may have, the flow and life of the streams.

2. Bee Keeper
At the foot of the mountain in Qingxi Forest, we met the Bee Keeper, a welcoming man who accepted my journey with due and needed warmth, as if he himself were my kin. In the Chinese sociocultural lens, the bee keeper is held in high regard. As with other land workers, their commitment to earning an income off the land embraced evidence of loyalty to place over all else. And while this Bee Keeper depends on the sales of his carefully harvested honey, we departed with gifts of two large jars. In keeping with the familial vibe, he extended additional generosity in a shared tea ceremony and access to his private beehive boxes.

3. Chaos; War
To understand my ancestor’s steps, it became clear that we would need to understand the ground upon which he walked. For example, in 1858, when he arrived in Suriname from Qingxi (via Macau), that ground was steeped in strife and chaos including the Opium War, famine, overpopulation, tribal wars, and local fighting between Hakkas and indigenous peoples of southeast China. On top of that, the government was extremely unstable as the Qing dynasty attempted to unsuccessfully gain trust from the Chinese population. All of this represented a culture in a tug-of-war transition between sudden growth and the overstretched; resistant tendrils of tightly-knit communities often unfairly forced to adapt.

4. Shop Keeper
Prompted by Sinologist Tjon Sie Fat (specialist in Chinese migration to Suriname), we began searching for historical areas that potentially dated to the time of my ancestor. The first stop was the Hakka Towers, which led us to unexpected array of ancestral burial commemorations. Continuing the scuffed shoes investigation, we found our way from those burial grounds to a Hakka shopkeeper whom we hoped would have insights about the area and its ancestors. Yet, unlike the Bee Keeper, her reception was cold and conditional upon the exchange of money for more information and further documentation. While jarring, this seemed consistent with what we had learned concerning the discrepancies between land-workers and business-workers.

5. Escape; Mystery
The more we trekked, the closer we felt to my ancestor, but only in the sense that the historical context drew us more deeply into questions around his personal situation. Why did he leave southeast China to embark on an arduous journey to a land unseen at only age 20? How did he do this? What was the impetus to follow through with such drastic measures like giving up his surname, his ancestry, his family, and land? Was this voluntary? Was he coerced? Was he duped? Was he abducted? Was there a debt he was evading? Was it for refuge from the chaos of war?

6. Macau
Because Macau’s historical district is still intact, we could literally walk the paths that my ancestor may have traversed on his way to embarkation to Suriname. Macau would be his final Chinese “home,” as he would never see the land again once arriving in Suriname. Thus, a nostalgic atmosphere joined us as we, guided by Professor Francisco V. Pineiro, visited significant architectural landmarks and places as they related to activities in 1858. The vast and textural landscape was astounding, most notably the Barracoons, where indentured servants were held; the old harbor; tea and the ceremony of tea; opium and gambling houses; and the old Buddhist temple. We could see also how the European influence from its Portuguese grasp created a confluence of cultures.

7. Journey; Sailing
No journey comes with security, and as we reflected on my ancestor’s mysterious and seemingly bold movements from China to Suriname, this remains the constant thread. Whether he knew of his destination to a plantation where he would be indentured until he earned his freedom, or whether he traveled blindly, we know that the pulse of curiosity and the plunge of anxiety must have been in every wave of the water on which he sailed.