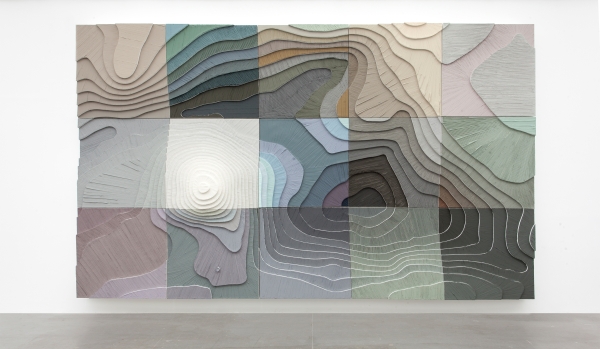 Li Songsong, Beihai, 2016, Acrylic on board, Courtesy of the Artist and Pace Gallery. 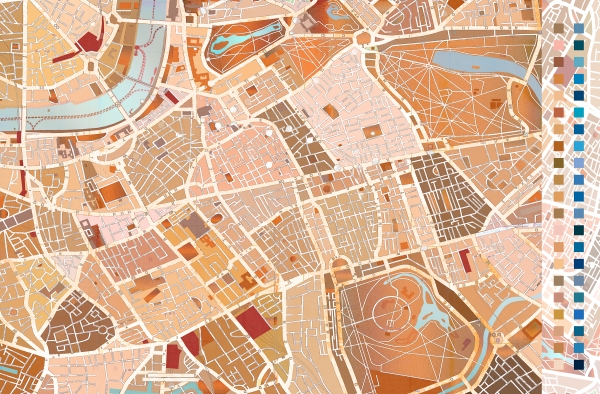 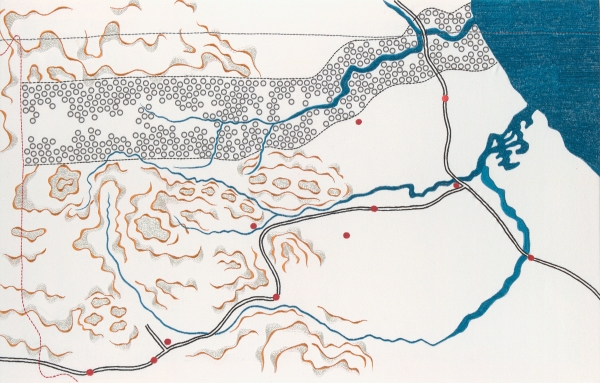 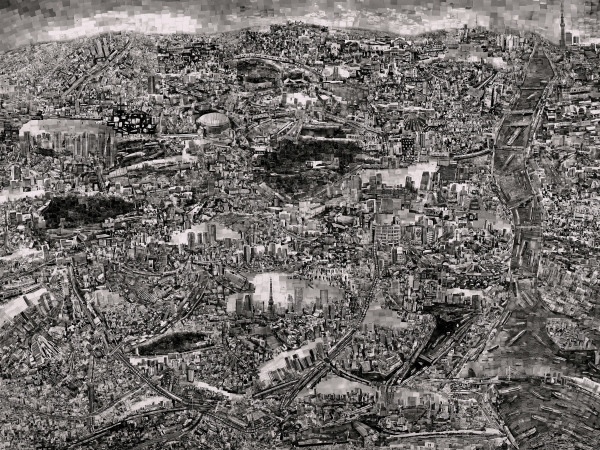 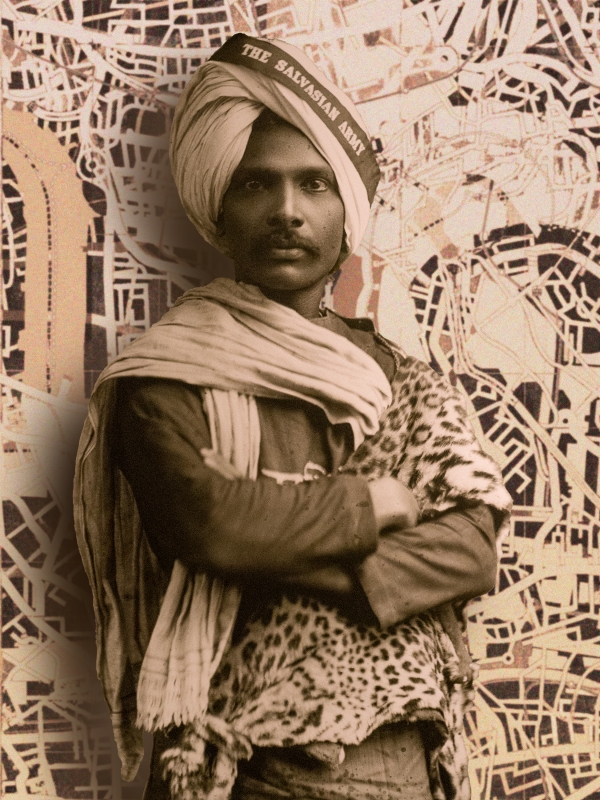 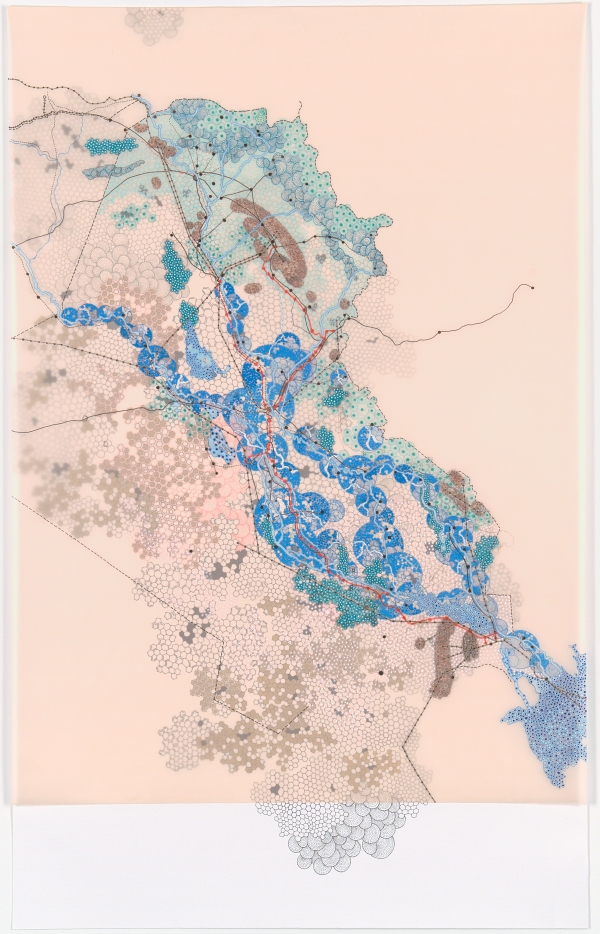 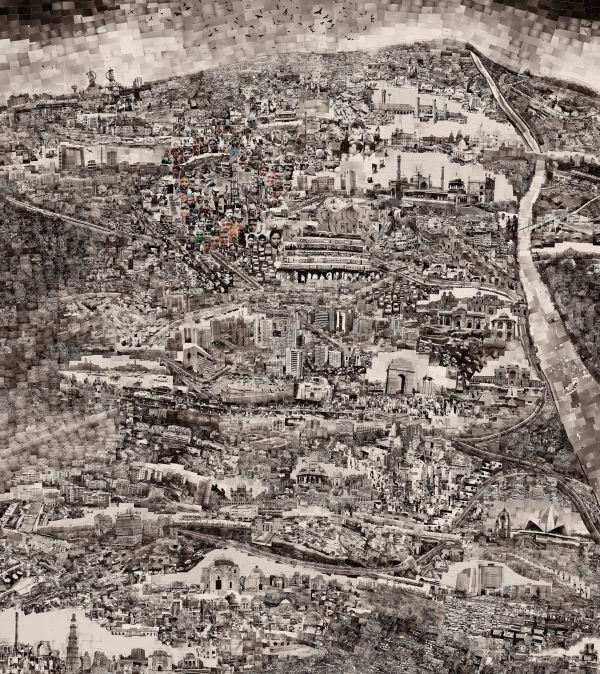 HOUSTON, September 11, 2018 — Asia Society Texas Center (ASTC) opens a new mixed-media exhibition entitled New Cartographies on September 15, featuring four artists from across the U.S. and Asia making their ASTC debuts. Their work examines how maps inform, and even shape, our view of the world in sometimes inaccurate ways. The exhibition, ranging from photography to installation, runs through March 17, 2019, in the Center’s upstairs Louisa Stude Sarofim Gallery.

New Cartographies delves into the unique ways that contemporary artists such as Tiffany Chung, Allan deSouza, Li Songsong, and Sohei Nishino are incorporating cartography into their practices as they examine globally relevant topics such as urbanization, economic migration, environmental change, refugee movements, and the repercussions of colonial legacies.

Maps have been at the center of cultural and political exchange between Asia and the West for centuries, supplying an orientation to unfamiliar environments, an ability to communicate about foreign lands to a domestic audience, and in some instances a taxonomy that gave mapmakers a sense of control and order. Maps continue to define and help navigate diverse geographies, both in analog and digital modes. These artists take cartography in utterly new directions while challenging past norms.

“In 2018, the majority of us encounter and use maps digitally. The artists featured in New Cartographies reconnect us to the physicality of maps, and their importance in shaping histories and narratives,” says Bridget Bray, ASTC’s Nancy C. Allen Curator and Director of Exhibitions. “This exhibition assembles a group of four artists from across Asia and the United States who raise interesting questions about something many of us rely on everyday as a factual, objective resource: the map. They re-frame maps as created documents that can share information but also can convey a certain perspective, depending on the map’s creator and their intentions.”

Individually, the artists’ works have been seen across the world and represent a diverse range of perspectives, as the artists hail from Vietnam, Kenya, Japan, and China, respectively. However, all four artists’ work sheds light on how mapmakers’ choices can alter societal impressions and therefore have long-term impact.

Tiffany Chung (b. 1969, Da Nang, Vietnam; lives and works in Houston) is noted for her cartographic drawings, sculptures, videos, photographs, and theater performances that examine conflict, migration, displacement, urban progress and transformation in relation to history and cultural memory. Chung’s work studies the geographical shifts in countries that were traumatized by war, human destruction, or natural disaster. Based on meticulous ethnographic research and archival documents, her work excavates layers of history, re-writes chronicles of places, and creates interventions into the spatial narratives produced through statecraft.