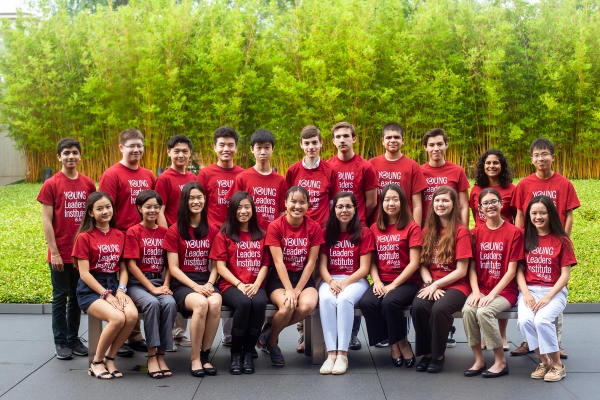 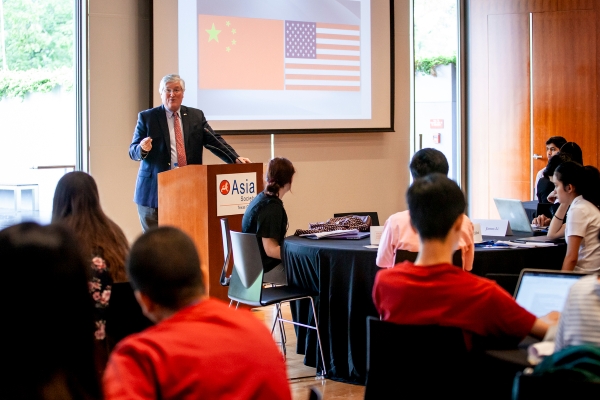 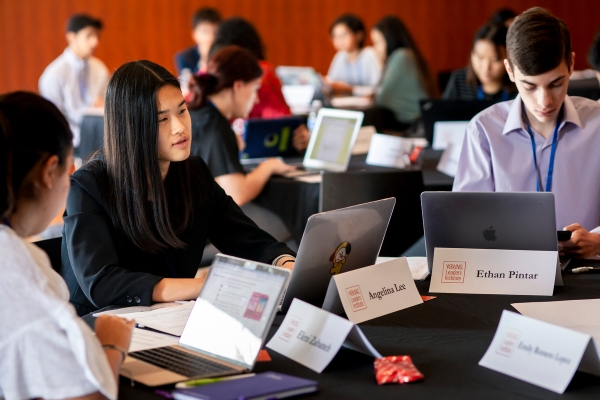 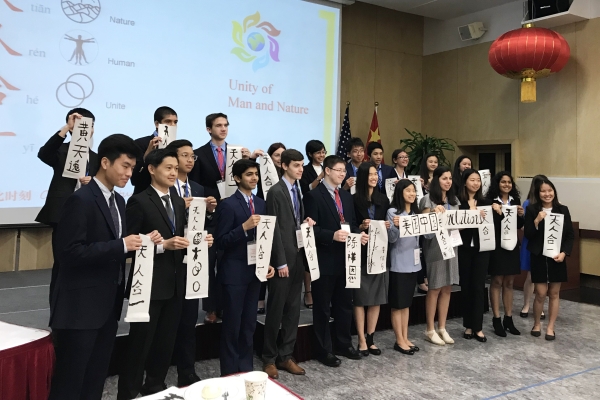 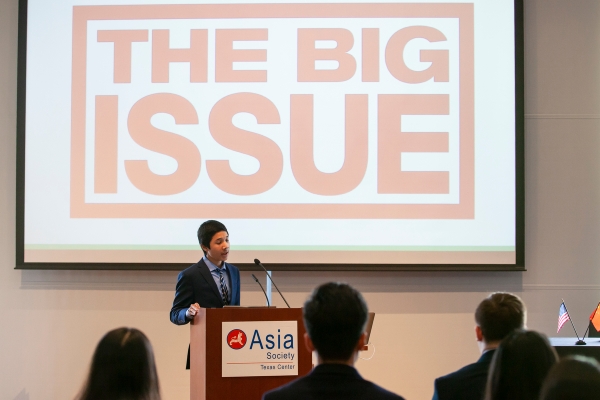 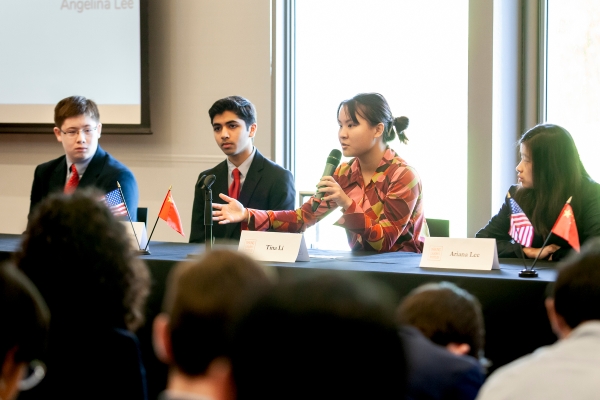 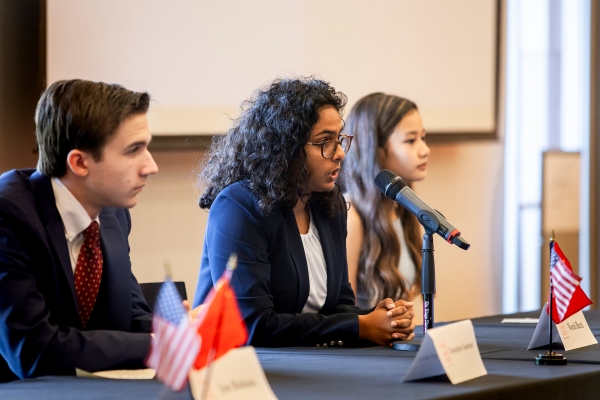 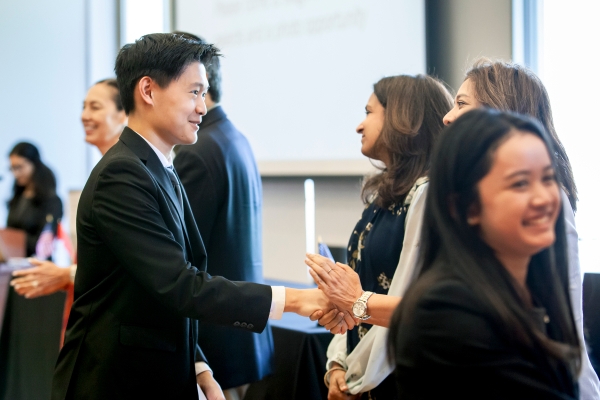 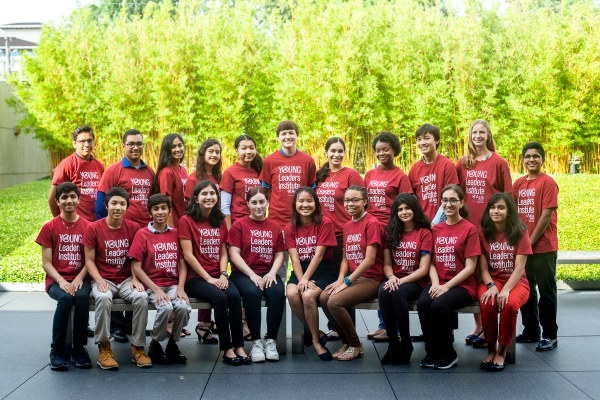 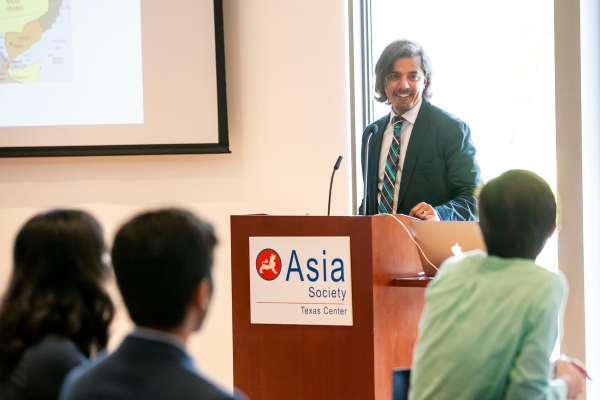 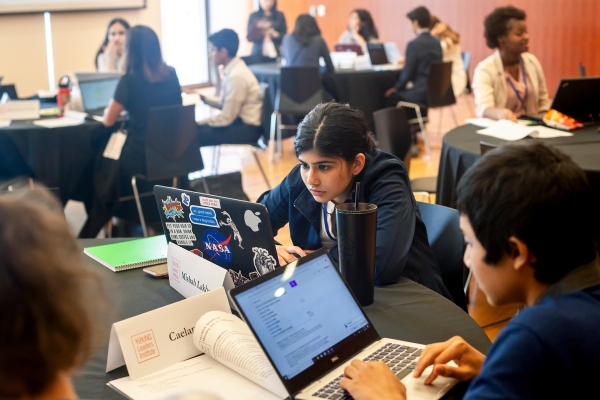 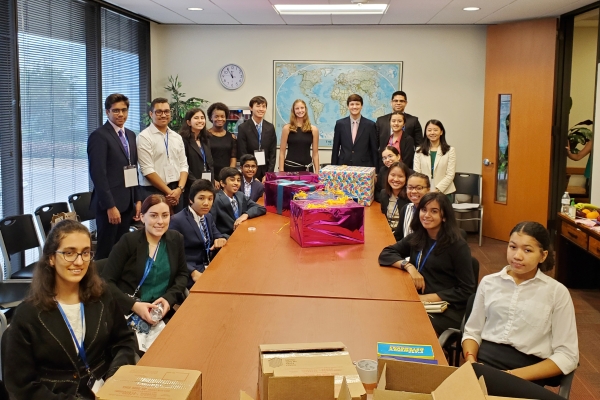 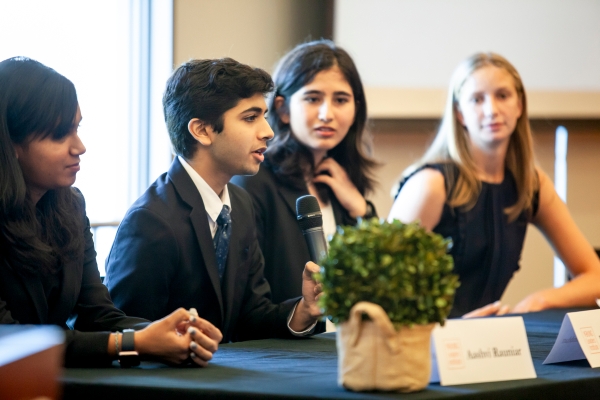 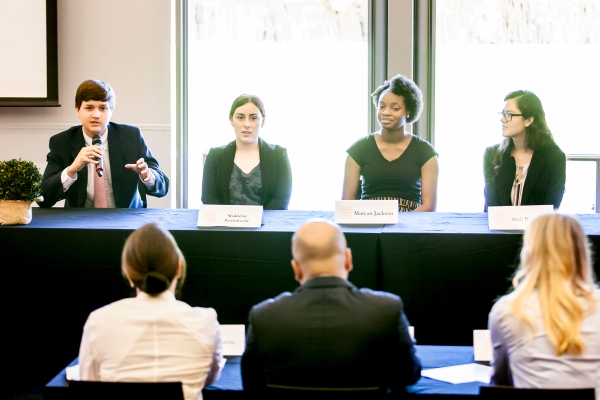 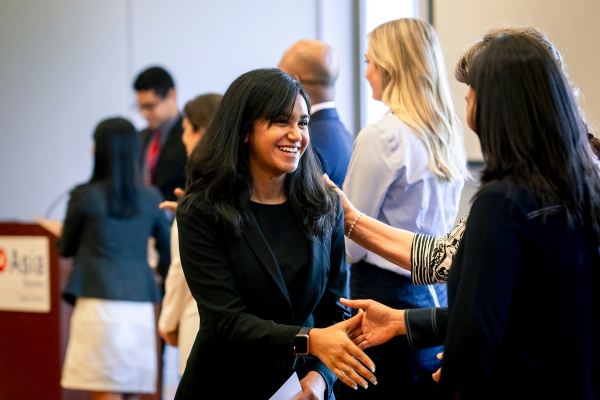 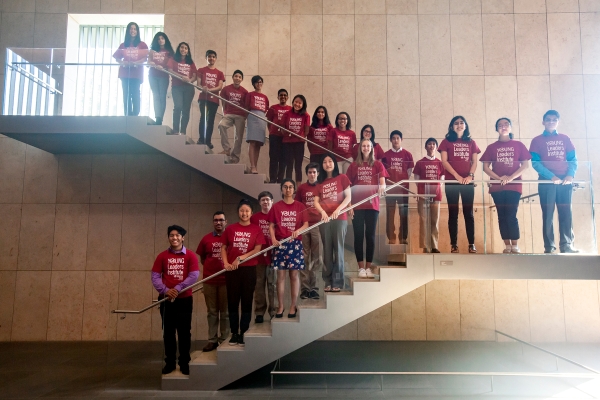 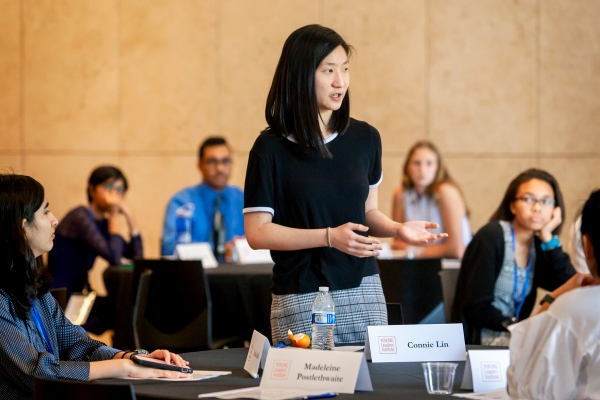 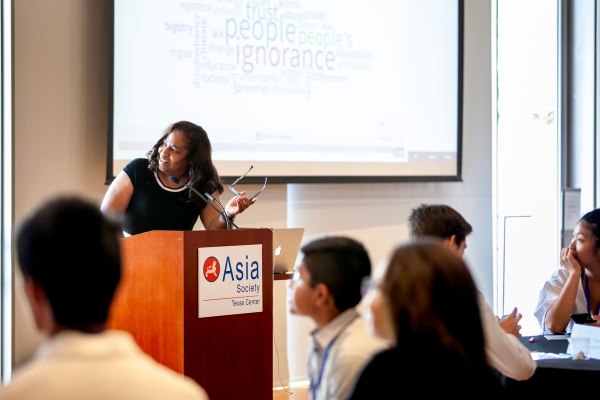 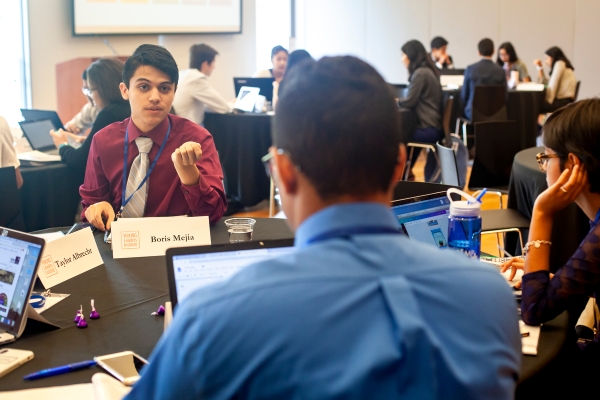 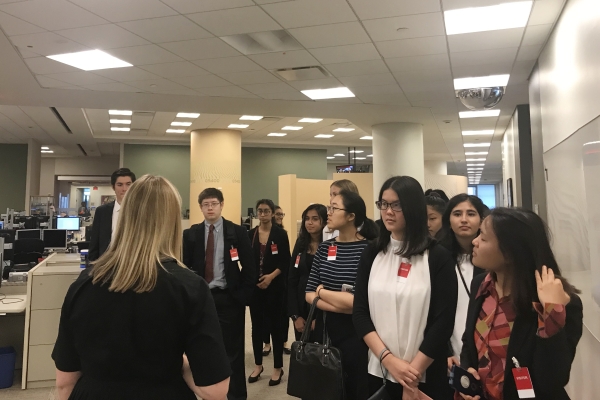 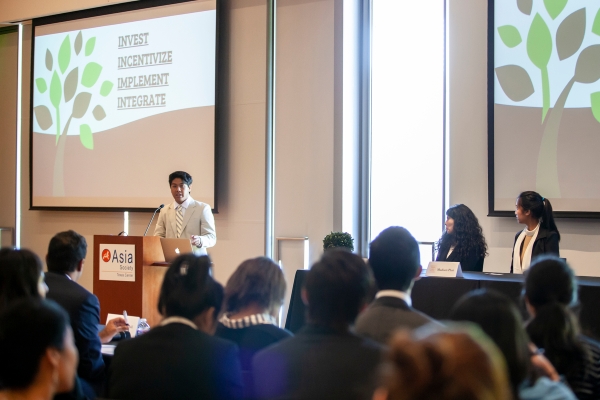 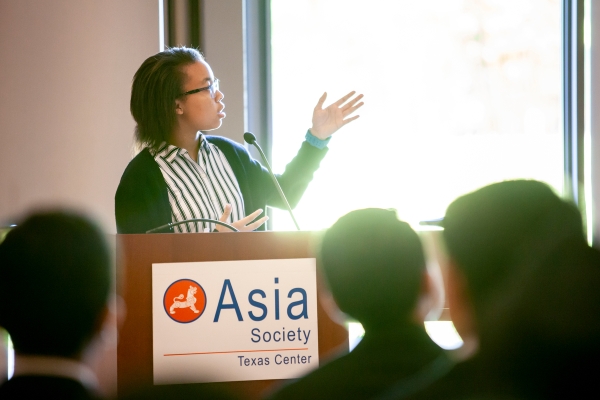 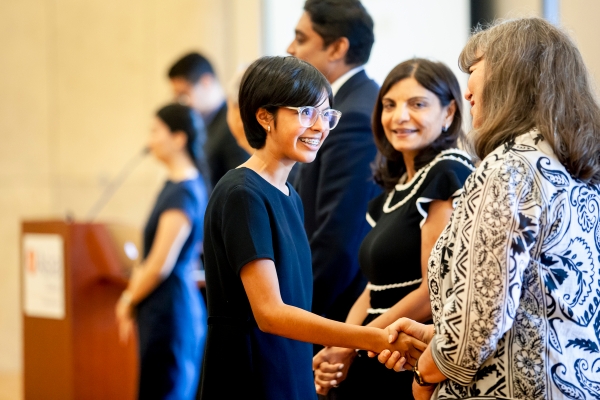 In a departure from previous years’ country- and region-specific sessions, the 2019 Young Leaders Institute broadened its scope to address the timely, relevant global topics of U.S.–China Relations, the Middle East, and Energy and Security. Also new this year was a partnership with the Doerr Institute for New Leaders at Rice University to help foster a deeper exploration of leadership skills.

Each week also featured off-site visits where students enjoyed unique opportunities to see firsthand the day-to-day work by those in the field. The Consulate General of the People’s Republic of China welcomed students and celebrated the 40th anniversary of U.S.-China relations with discussions on U.S.–China trade and a calligraphy lesson. At the Interfaith Ministries for Greater Houston, students met two former refugees and assembled nearly 100 welcome boxes for refugees resettling in the Houston area. During their visit to the Chevron downtown office, students learned about Chevron’s global footprint before enjoying a tour of the trading floor and the drilling and completion center and hearing from a panel of early-career employees on the diverse backgrounds that led to their eventual employment at Chevron.

Each week-long session concluded with student groups presenting policy solutions for a major issue within the week’s topic before a panel of judges and an audience of peers and family members:

In addition to the site visits, speakers, and group presentations, the Young Leaders Institute also designed leadership simulations where students teamed up to tackle regional crises.

A judge for the student presentations praised “the quality of information dissemination on very specific topics in such a short timeframe.” He also said he considered the Young Leaders Institute “a signature series [at Asia Society Texas Center] that should only gain traction in summers to come.”

Students reported enjoying the diversity of what the Young Leaders Institute offered. One student said the program “opens your eyes about the world[‘s issues and how to take steps to solve them],” while another student said, “This program sparked my interest in foreign studies careers.”