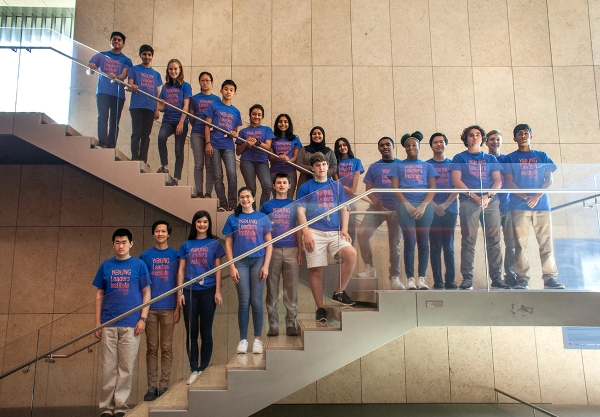 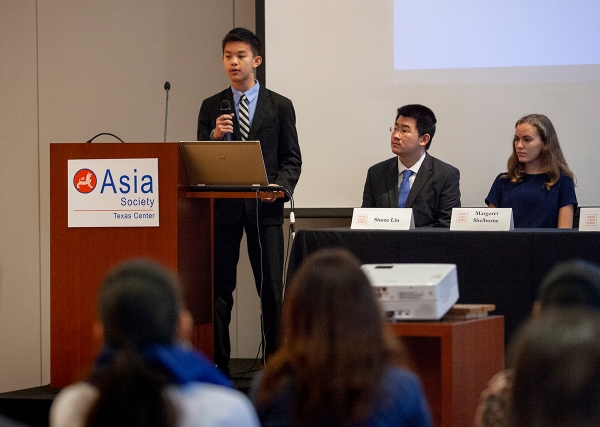 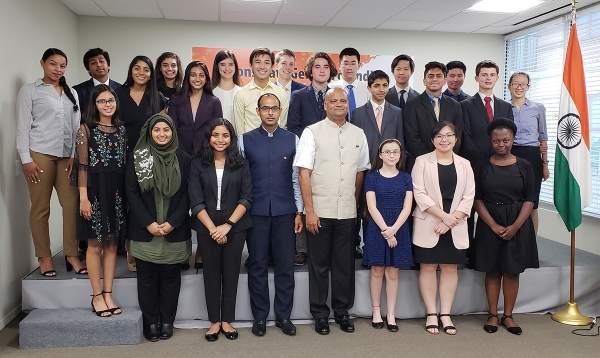 Young Leaders Institute: India students at the Consulate General of the Republic of India. 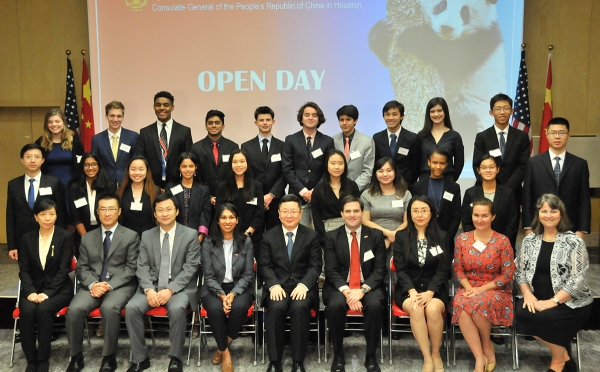 Young Leaders Institute: China students at the Consulate General of the People’s Republic of China. 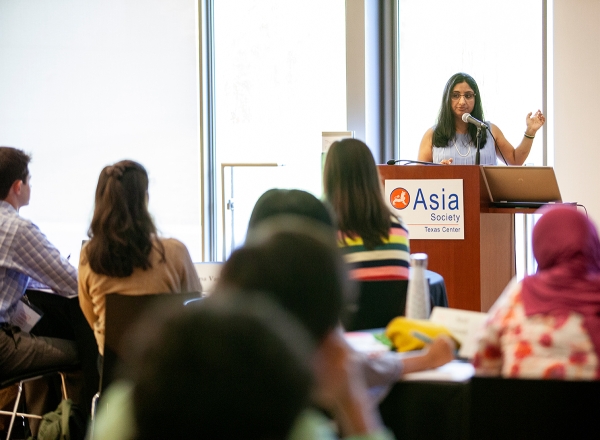 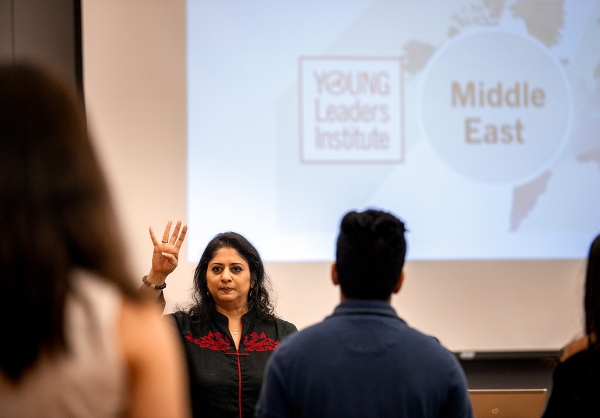 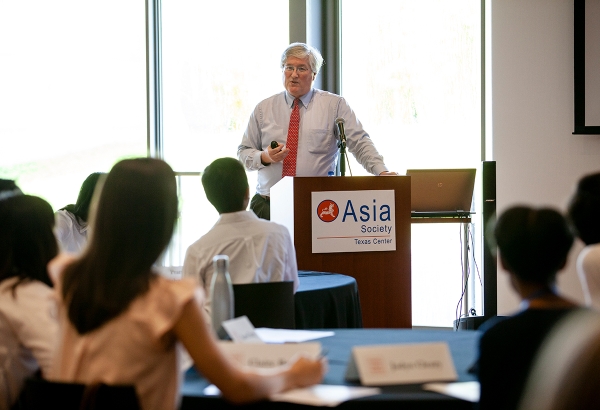 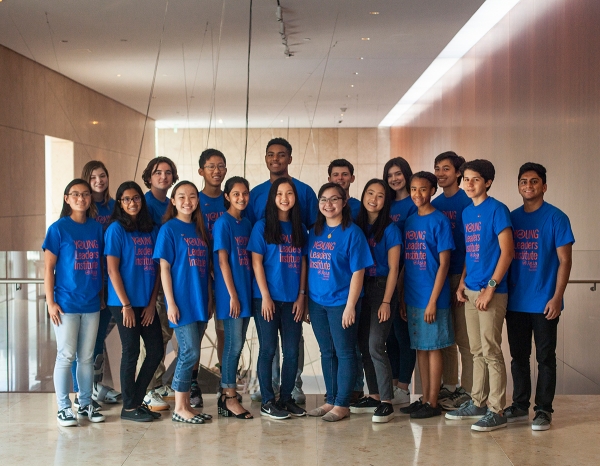 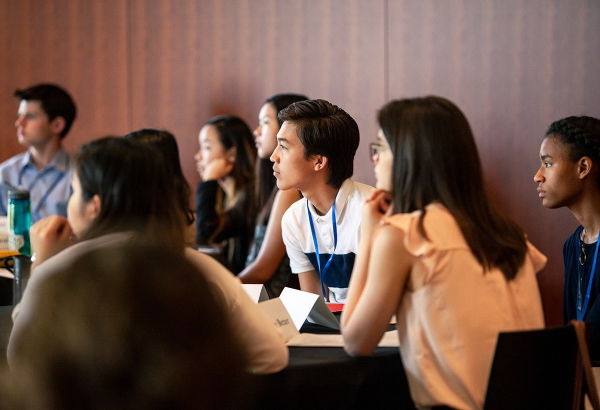 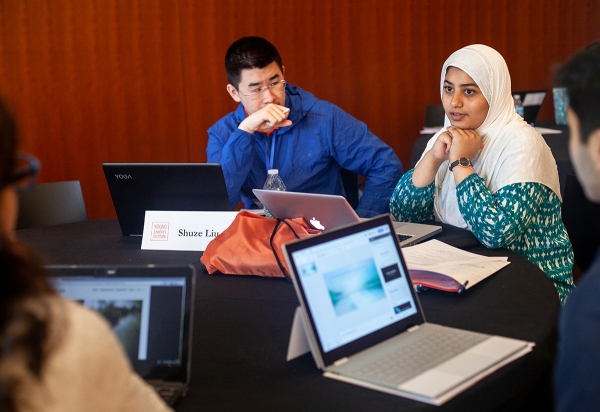 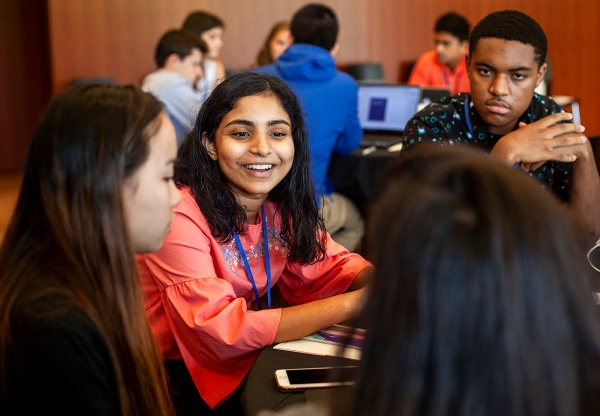 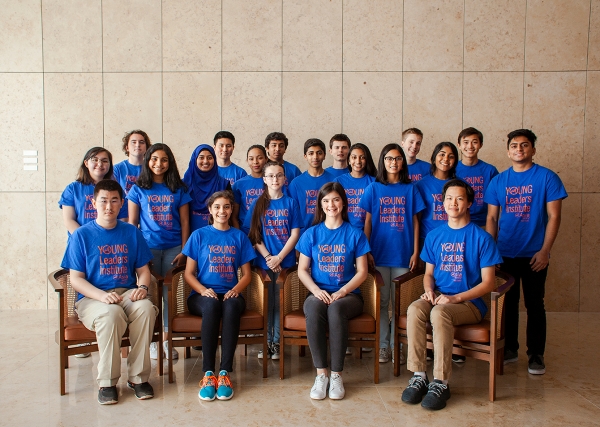 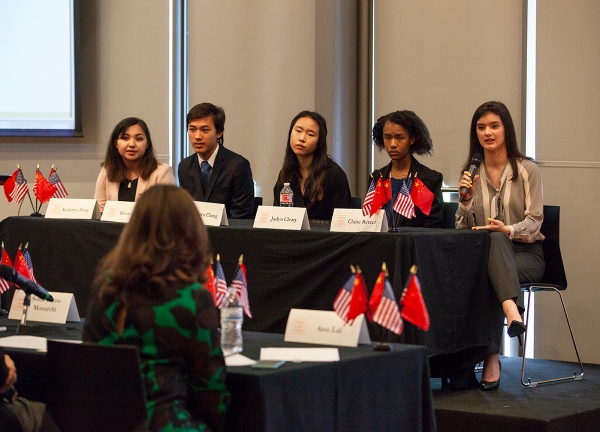 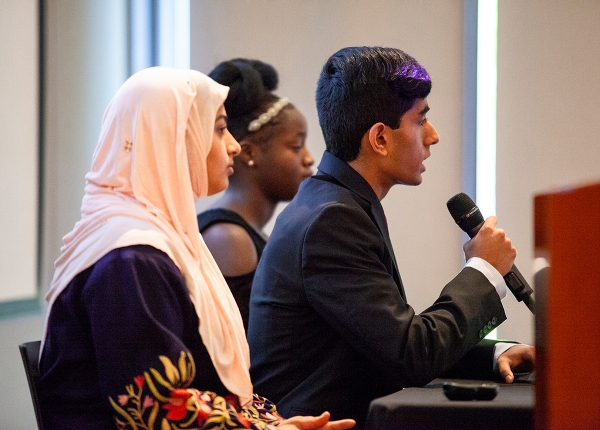 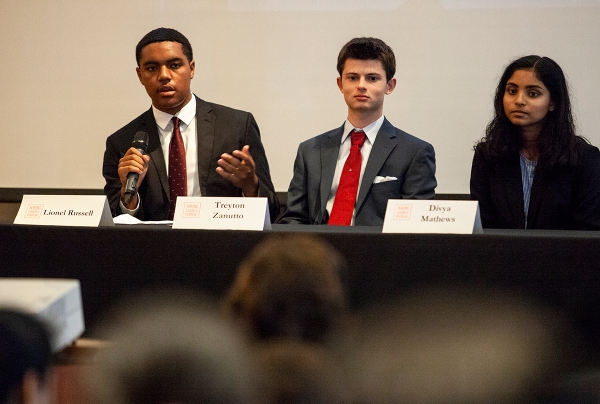 Each week also integrated diplomacy and culture through off-site visits at the Consulate General of the People’s Republic of China, the Consulate General of the Republic of India, and the Arab American Cultural and Community Center. Guiding instruction and learning were facilitators Mary Reed, who teaches social studies at Memorial High School, and Krista Nix-Buckner, who is a social studies educator and debate coach at Katy High School.

New for this year was a day on social entrepreneurship, in which students learned about the intersection of financial gains and a social return on investment. Case studies focused on rural water transportation in India by use of the Wello Wheels device and saving premature babies in the developing world via the Embrace infant warmer. Students were then tasked with creating a project concept of their own. Popular pitches included microfinance for struggling farmers and female-owned handicraft businesses, colorful jewelry with pollution sensors, a smart phone app to monitor neighborhood crime, and new techniques to solve malnutrition and increase access to clean water.

Concluding each week, the students designed policy presentations aimed at solving the most pressing issues in the respective country or region:

“It was a pleasure to have (my child) participate this year, and I feel that she has gained significant research and presentation skills," one parent said.

Students added that they would recommend the Young Leaders Institute to their friends. One student said, "This program helps (build) critical thinkers and encourages problem solving… It was an engaging and learning experience that approached global issues through a greater lens.”