"We Chat: A Dialogue in Contemporary Chinese Art" opens at Asia Society Texas Center on March 26 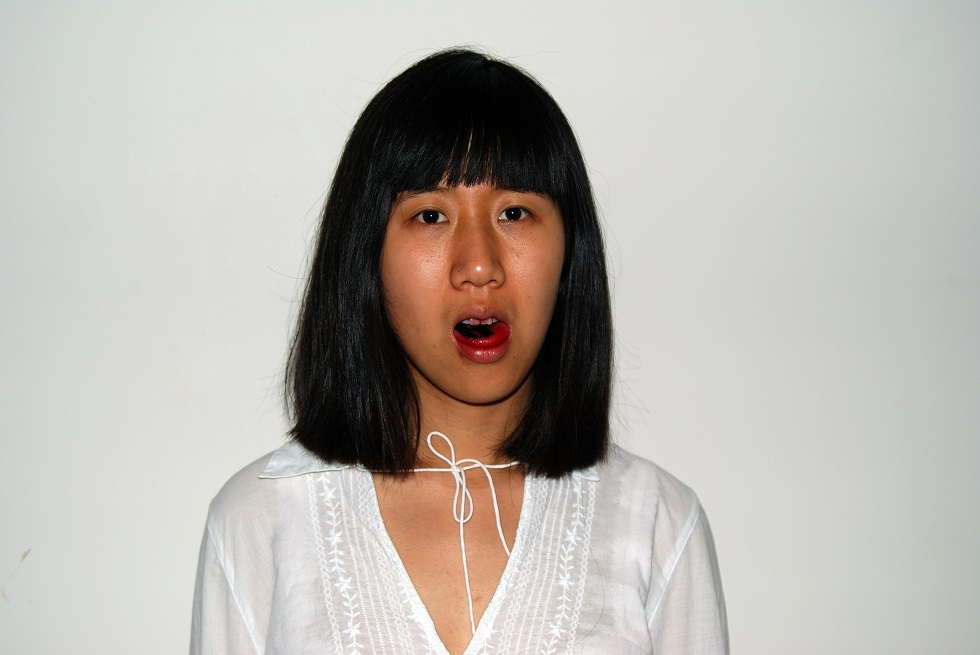 Houston, Texas, February 9, 2016 — Asia Society Texas Center is pleased to announce the opening of its latest exhibition, We Chat: A Dialogue in Contemporary Chinese Art. The exhibition, opening March 26, explores how young artists born after the end of China's Cultural Revolution are challenging the traditional notions of Chinese identity.

“We are thrilled to bring this next wave of contemporary artists from China to Houston, and introduce our visitors to what is happening today in major cities there. These artists challenge preconceptions of what Chinese contemporary art is understood to be, and will continue to do so for years to come,” says Bridget Bray, the organization’s Nancy C. Allen Curator and Director of Exhibitions.

WeChat is a mobile messaging app, developed in China, with more than 600 million users worldwide. Combining the functions of Facebook, Twitter, and Instagram, WeChat has become the primary means of communication for members of China's younger generation, now living and working throughout the world.

This emphasis on global communication transcending local culture is the key focus of the exhibition, which brings together 10 young Chinese artists: CHEN Wei, GUO Xi, JIN Shan, Pixy Yijun LIAO, LIU Chuang, LU Yang, MA Qiusha, SHI Zhiying, SUN Xun, and Bo WANG.* These artists have enjoyed a more liberalized environment growing up in China with more freedom and opportunities than the previous generation of Chinese artists. Also, these young people are impacted by the opening up of China and its rapidly expanding economy over the past three decades, which has allowed them more access to information about international art movements and expanded career advantages than their teachers and mentors had.

The exhibition investigates the sharp departure the artworks of this new generation make from those of the earlier generation that came to international attention in the 1990s. While previous generations often looked back on major developments in Chinese history, this younger generation looks toward a future that is rooted in internet culture and new media. Most importantly, while past generations of Chinese artists made work asserting a Chinese identity, or "Chinese-ness", often situated in opposition to western culture, this younger generation was raised in a period of rapid globalization and refuses to be pigeon-holed by culture, politics, or geographic boundaries.

We Chat: A Dialogue in Contemporary Chinese Art explores this paradigm shift by bringing together artists who are based both in China and abroad, underscoring that location is no longer the determining factor in the production of these artworks. There actually is a long tradition of Chinese artists working in the diaspora. Such leading artists of the 1990s as Ai Weiwei, Cai Guo Qiang, Huang Yong Ping, and Xu Bing all spent significant time in the west. However, rather than underscoring the western influence on their work, they resorted to appropriation of Chinese history to insert a local culture into the global art dialogue.

In contrast, the younger artists of the exhibition by and large eschew a Chinese aesthetic and reject the notion that local culture continues to frame Chinese contemporary art. Liberated from the past, they explore issues primarily concerned with the impact of globalization on their personal lives: the rapid urbanization of their home towns, eradicating the past; the extreme shift in values between their parents and themselves resulting in a pronounced generation gap; the loneliness of being raised as only children under the One Child Policy; and the pressures to succeed in a competitive, capitalistic society. At the same time, there is evidence of humor and irony in their works, often looking at the issues in all their potential absurdity.

Given the circumstances in China over the past three decades, these artists who have grown up with these changes are uniquely situated to imagine a new definition of identity, escaping local parameters yet injecting a new position into the dialogue of global contemporary art. “These young artists carry with them certain influences from the prior generation that has become well-known abroad. By featuring their newest works, our visitors can engage with the artists’ conception of contemporary China and seek to understand their unique position in the global art arena,” explains Bray.

The exhibition will be on view March 26 through July 3, 2016, in Asia Society’s Louisa Stude Sarofim Gallery. Asia Society is open Tuesday – Friday, 11 am – 6 pm, and Saturday – Sunday, 10 am – 6 pm. Admission to the exhibition is free for members and children ages 12 and under, $5 for nonmembers.

GUO Xi
b. 1988, Yan Cheng, Jiangsu Province; lives and works in Shanghai
2015 MFA New York University
2010 BFA China Academy of Art
In his installation titled There never should have been an artist named Jia Siwen, 2012–2014, Guo Xi invents a Chinese artist named Jia Siwen whose work was lost when shipped to the United States. In his absence, Guo Xi himself takes on the task of recreating these fictional artworks. With a variety of elements, including paintings and wall text, this installation investigates what it means to be a Chinese artist and how this identity itself can be a fabrication. Recognized as an emerging talent in China, Guo Xi was most recently honored with a solo installation at the West Bund Art Fair in Shanghai.

JIN Shan
b. 1977, Jiangsu Province; lives and works in Shanghai
2000 BFA East China Normal University, Shanghai
A consummate sculptor who has worked in a wide variety of mediums, Jin Shan often plays the bad boy with works that tweak viewers’ expectations. For example, earlier in his career he installed a life-size replica of himself, standing and peeing, like a fountain, into the canal for the 52nd Venice Biennale in 2007. With No Man City (2014) he takes a more reflective look on his relationship with his father, who is also an artist. Jin Shan created a utopian structure, stretching 25 feet long, representing China’s future. Onto this element, he projects shadows of images from classical paintings—a crane, a sunrise, and a peony—all taken from his father’s more traditional paintings.

Pixy Yijun LIAO
b. 1979, Shanghai; lives and works in Brooklyn, New York
BS Shanghai International Studies University
MFA University of Memphis
Pixy Yijun Liao has garnered awards and accolades for Experimental Relationship, an ongoing photography series begun in 2007. Collaborating with her Japanese boyfriend, Liao takes a skewered look at heterosexual relationships, often reversing the power dynamics between a man and a woman to humorous effect. Working in New York, her photographs contradict a recent trend in China in which traditional gender roles are being reinforced due to family pressure to marry and have a child by the age of 30 or else risk being considered a “leftover woman,” the term applied to educated single women living in Chinese urban centers.

LIU Chuang
b. 1978, Hubei Province; lives and works in Beijing
2001 BFA Hubei Institute of Fine Arts
Deeply influenced by conceptual art practices, Liu Chuang has created a series of installations that have been shown internationally, including in The Generational: Younger Than Jesus at the New Museum in 2009. In Love Story (1) (2014), Liu assembled an installation from romance novels found at a street corner lending library frequented by migrant workers in Chenzhen. He discovered that the readers often wrote inscriptions in the margins, commenting on their own loneliness and longing to return to their families back home. Liu Chuang color-coded these comments and had them translated into English, which was then inscribed on the walls of the gallery for audiences to appreciate.

LU Yang
b. 1984, Shanghai; lives and works in Beijing
2010 MFA China Academy of Fine Arts
2007 BFA China Academy of Fine Arts
Considered a rising star in China, Lu Yang is an expert animator and digital artist who designs both installations and video projects. In 2014, she invented UterusMan, inspired by a Japanese transgender artist in Tokyo. Other works such as Moving Gods and Delusional Mandala expand her engagement with religion and gender. Though Lu Yang, like most women artists in China, would not call herself a feminist, she is nonetheless creating works that challenge traditional roles ascribed to Chinese women.

MA Qiusha
b. 1982, Beijing; lives and works in Beijing
2008 MFA Alfred University
2005 BFA Alfred University, New York
Ma Qiusha makes videos that evoke a violent, visceral quality, bordering on performative. In her early work From No.4 Pingyuanli to No.4 Tianqiaobeili (2007), she faces the audience and recounts her training as an artist, from elementary school through college, in harrowing detail. Plucked from her kindergarten class as having talent, Ma was then sent to drawing classes every day after school, which she describes as the “end of her childhood.” At the end of the video, she gingerly removes a razor blade from her mouth, a symbol of the sharp pain of this remembrance. Her account echoes the experience of many young Chinese artists.

SUN Xun
b. 1980, Fuxin; lives and works in Beijing
2005 MFA China Academy of Fine Arts
Inspired by a trip to New York’s American Museum of Natural History, Sun went about creating his own encyclopedic view of the world, including multiple paintings of anthropomorphic animals from which he made an animation. Some of these works were featured at his 2015 exhibition at Sean Kelly Gallery titled The Time Vivarium. Acutely aware of China’s history and political situation, Sun Xun uses these animals as allegories of Chinese political leaders, turning heads into megaphones and movie cameras as a commentary on government surveillance.

Bo WANG
b. 1982, Chongqing; lives and works in Brooklyn, New York
2011 MFA School of Visual Arts, New York
2007 MS Physics, Tsinghua University, Beijing
2004 BS Physics and Mathematics, Tsinghua University, Beijing
In photographs and films, Bo Wang explores the economic and political dynamics of China from the perspective of a Chinese artist, now living in the U.S. Heteroscapes, a photographic series inspired by Michel Foucault’s writings on heterotopias, looks at the surrealistic nightmare of his hometown Chongqing, which has undergone radical transformation, obliterating aspects of the past to make way for an ambivalent future. Wang also has made a film specifically for this exhibition looking at Art Basel Hong Kong, a major art fair that has contributed to the globalization of the Chinese art world.