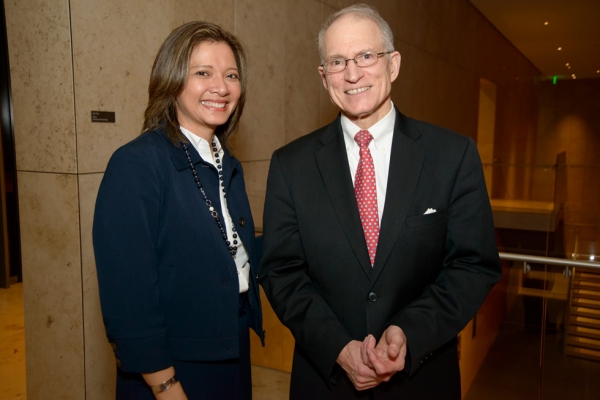 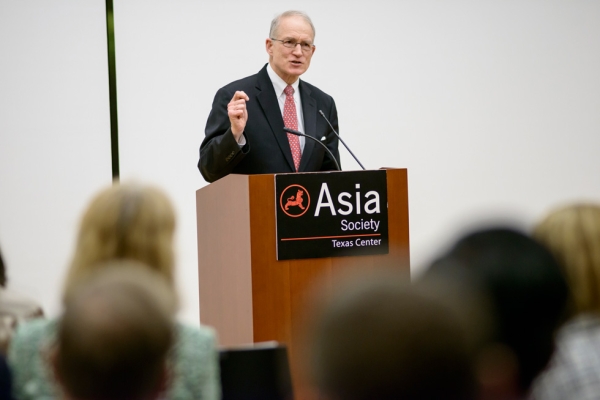 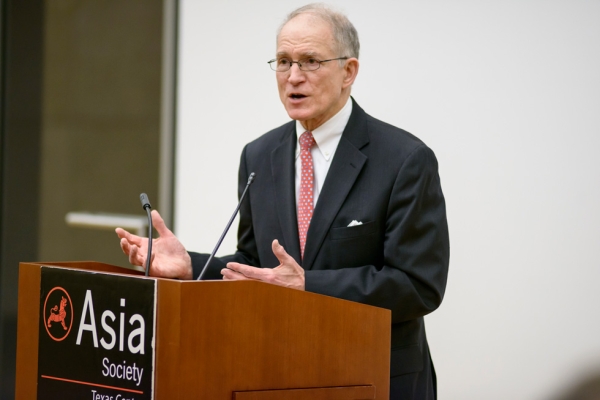 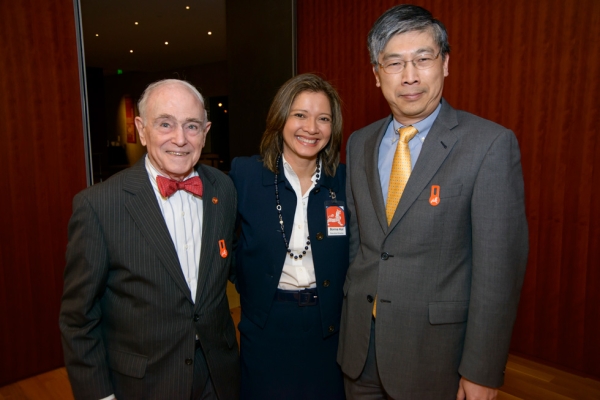 HOUSTON, January 15, 2014 — From traveling the Yangtze River in 1977 to meet with famed reformist leader Deng Xiaoping of China, to visiting Tibet shortly after that country was overtaken, Ambassador Chase Untermeyer has witnessed first-hand the seismic political shifts that affected Asia in the ‘70s and ‘80s.

Prior to the program, Asia Society Texas Center Chair Charles Foster welcomed newly appointed Executive Director Bonna Kol who joined the audience eager to hear Ambassador Untermeyer share his insights on Asia. Untermeyer’s journey began as a young naval officer aboard a destroyer during the Vietnam War, he recalled.

“My very first trip across an ocean was to join my ship in Japan,” Untermeyer said. “To my great surprise, I was assigned to be an aide to the commander of U.S. Naval Forces in the Philippines. I was a terrible aide . . . but it was an arduous preparation to one day become an ambassador.”

After returning stateside and working with George H.W. Bush on memoirs about Bush’s time as head of the CIA, Untermeyer was invited to join a delegation to China. That trip included such notables as former Secretary of State James Baker; filmmaker Lowell Thomas, who is credited with “discovering” Lawrence of Arabia; and famed political reporter David S. Broder.

“In those days, people couldn’t just buy a ticket and go to China,” Untermeyer said. “You had to be invited by either the Chinese government as part of a delegation, or by someone, such as a diplomat. To go to China, including Tibet, was truly spectacular.”

While there, the delegation visited with reformist leader Xiaoping, who ruled China from 1978 to 1992.

“Deng Xiaoping had been brought back and in1982 he was just beginning the great series of economic reforms that has made China once again the world powerhouse it has been throughout history,” Untermeyer said. “When the true length of Chinese history is written, I believe that Deng Xiaoping will stand out as a much greater figure than Mao, because he contributed to the growth, the building and the enrichment of China, rather than to its destruction.”

A few years later, as an executive assistant to then-Vice President Bush, Untermeyer had the opportunity to visit Manila shortly after the final election of Filipino dictator Ferdinand Marcos.

“In addition to George and Barbara Bush, that delegation included (writer and ambassador) Clare Booth Luce,” Untermeyer said. “Five years later the people of the Philippines overthrew Marcos, with the blessing of the Reagan administration.”

All told, Untermeyer made 99 diplomatic missions with former President Bush. By 1989, George H.W. Bush had been elected President and Untermeyer was appointed Director of Presidential Personnel. He career subsequently included serving as Director of the Voice of America, which is the overseas broadcasting arm of the U.S. government, from 1991 until 1993, and as ambassador to Qatar from 2004-2007.

When asked his thoughts on politics today, Untermeyer decried what he sees as a current lack of compromise.

“I do believe that at that time (the 1980s), the U.S. was governed correctly, because it was not a time of partisanship,” Untermeyer said. “There was this idea about talking to the other side and working with the other side. Today, people mistakenly think that compromise is somehow a betrayal of principal. If President Reagan was willing to compromise and give up something in order to get much of what he wanted, that was an achievement worth celebrating, and not, I believe, a betrayal of principal.”

Ambassador Untermeyer has published a memoir about his time as an aide to former President Bush. Titled When Things Went Right: The Dawn of the Raegan-Bush Administration, the book is published by Texas A&M University Press.