From Peasant Boy to Ballet Star 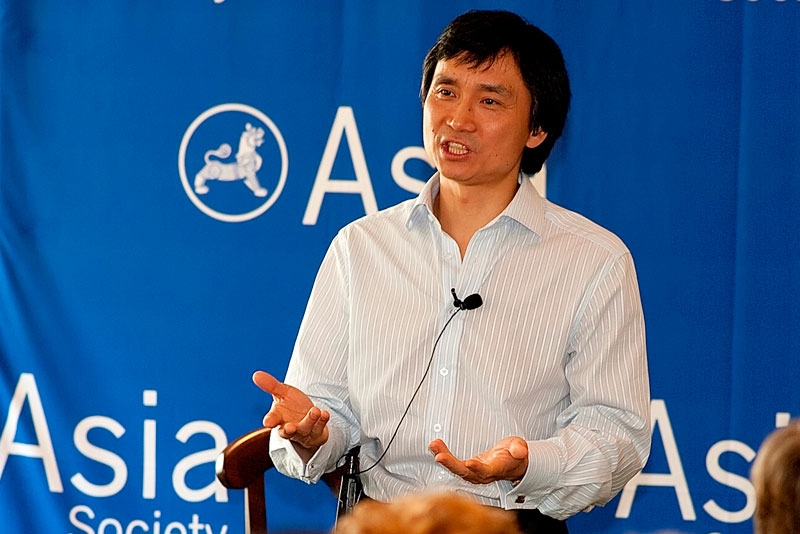 HOUSTON, August 1, 2010 — In 1981, locked in a small room deep inside the Chinese consulate in Houston, 20-year-old rising ballet star Li Cunxin faced a choice: He could obey his government's order to return to China. That would mean giving up his dream of a dance career in the United States. Or he could refuse. If he chose that, he feared, he might not leave the consulate alive.

"It was the darkest moment in my life," Li told a Houston audience. "It truly made me dig down deep to think: What do I want for my life?"

What he wanted, he decided, was freedom in the United States. He stuck to his guns, and to his amazement the Chinese government blinked. Twenty-one hours after being forcibly detained, he walked out of the consulate into a glare of TV lights, flanked by his new American wife and Houston immigration lawyer Charles C. Foster.

That dramatic moment forms the climax of Li's best-selling 2003 memoir Mao's Last Dancer, now a feature film by Australian director Bruce Beresford. The film has its theatrical release on August 20 in the United States.

Li, who went on to a brilliant 16-year career as a principal dancer with Houston Ballet and today lives in Australia, returned to his former hometown for two events. On Sunday he spoke and signed copies of the new movie tie-in edition of Mao's Last Dancer before a standing-room-only crowd at the Junior League. The night before he appeared at two sold-out pre-release screenings of the film at the Museum of Fine Arts, Houston. A great audience favorite during his years with the Houston Ballet, Li was warmly received at both.

In his talk Li marveled at the role happy chance had played in his journey from an impoverished boyhood on a peasant farm in Shandong Province to the pinnacle of world ballet. His journey began when a schoolteacher impulsively urged visiting officials from the Beijing Dance Academy not to overlook the spindly 10-year-old in her classroom.

One of only 44 students selected in a nationwide search for children who could be molded into ballet dancers, he began a grueling training regimen that lasted seven years and culminated in another bit of serendipity—his discovery in 1979 by Houston Ballet artistic director Ben Stevenson, who invited Li and another Beijing Academy student to study in Houston.

Li, who now makes his living as a stockbroker and is much in demand as a motivational speaker, stressed how important it is to seize opportunities like these and to never give up hope.

"It is the little opportunities that make a tremendous difference in the end," he said.

He leavened his inspirational advice with moments of humor. He recalled that he arrived in Houston knowing only two English expressions—"oh dear me" and "upon my soul"—both gleaned from an ancient English-Chinese phrasebook.

The film screenings received standing ovations from the crowd, which included former Houston Ballet principal dancers Lauren Anderson and Suzanne Longley and Li's first wife, Elizabeth Mackey, whom he met and secretly married before he defected.

After the screenings he took the stage with Stevenson, now artistic director emeritus, and Foster, who in addition to practicing immigration law is the longtime board chairman of Asia Society Texas Center. Foster was present the night Li was detained in the Chinese consulate and was instrumental in engineering his release. They were joined by actors Kyle MacLachlan, who plays Foster in the movie, and Bruce Greenwood, who plays Stevenson.

Li pronounced himself "absolutely thrilled" with the movie, which hews closely to his book.

"How Bruce Beresford squeezed 20 years of my life into a two-hour movie is absolutely a miracle."