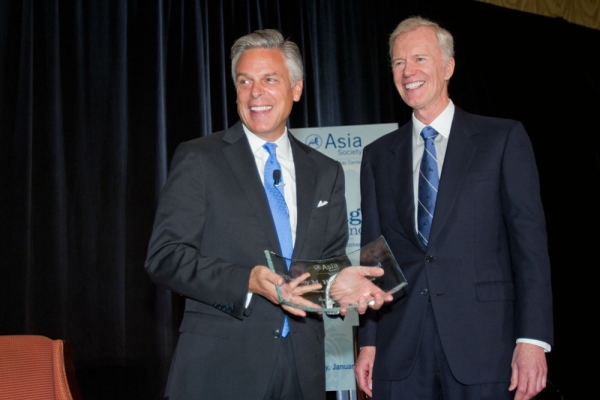 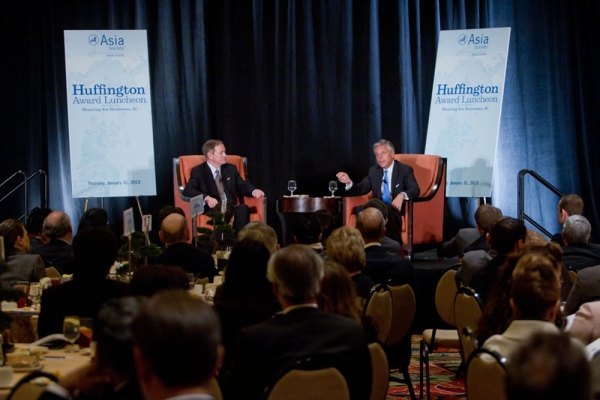 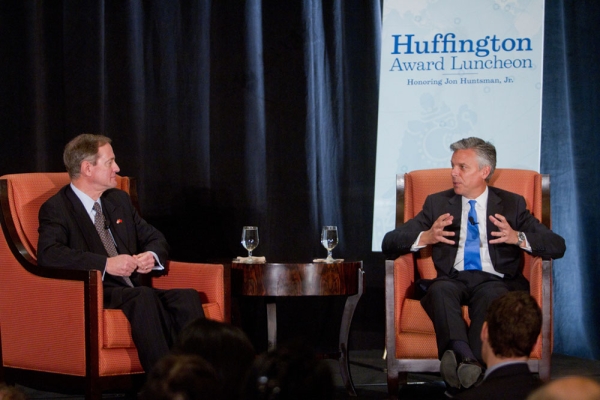 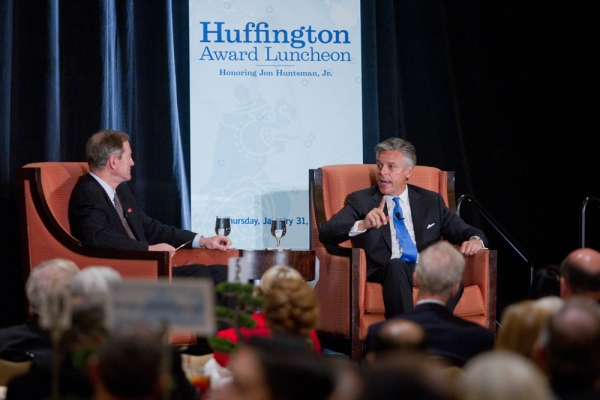 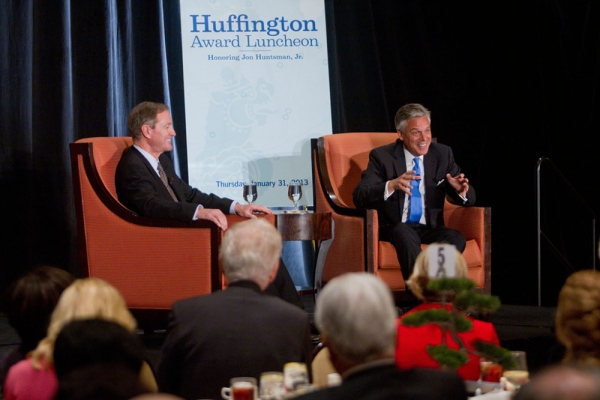 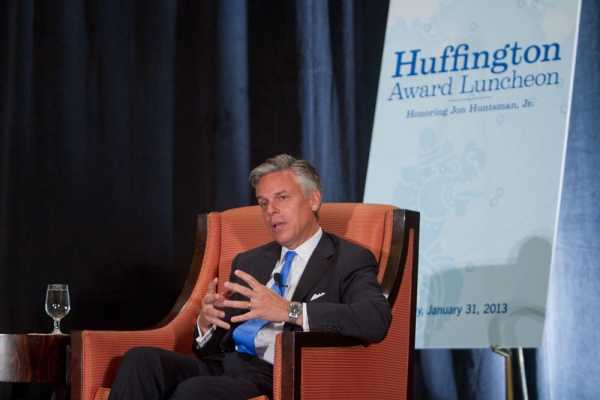 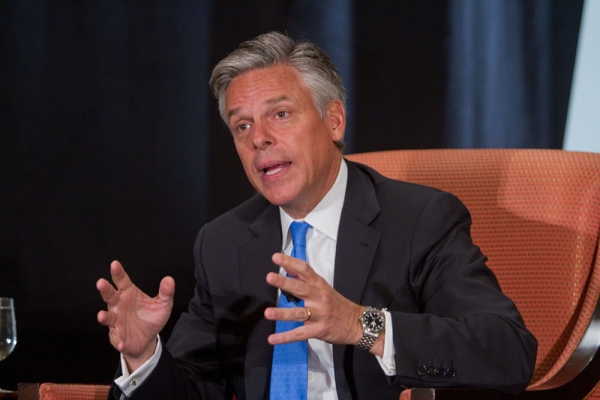 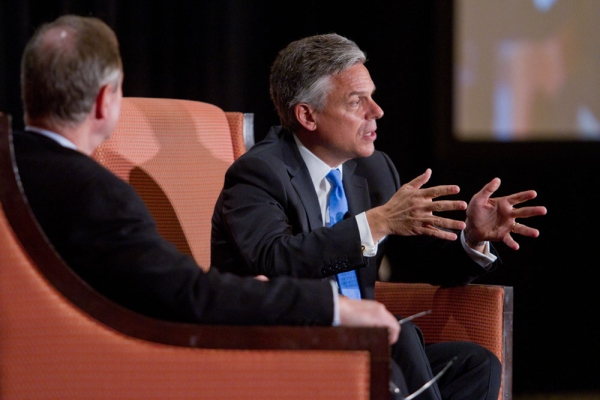 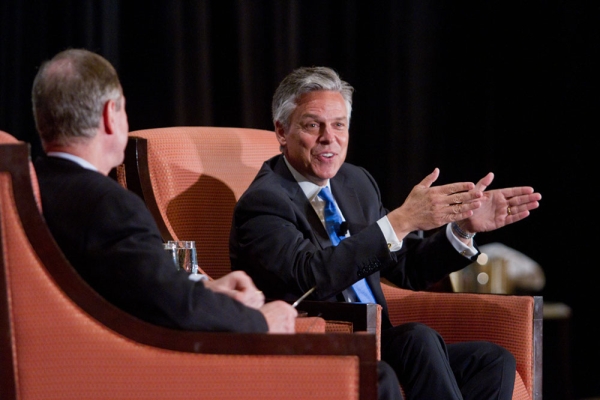 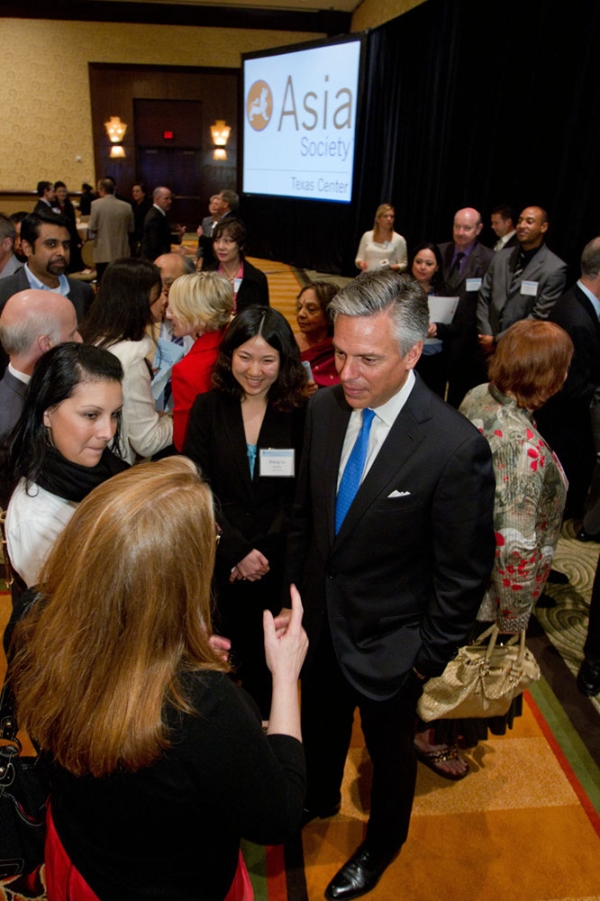 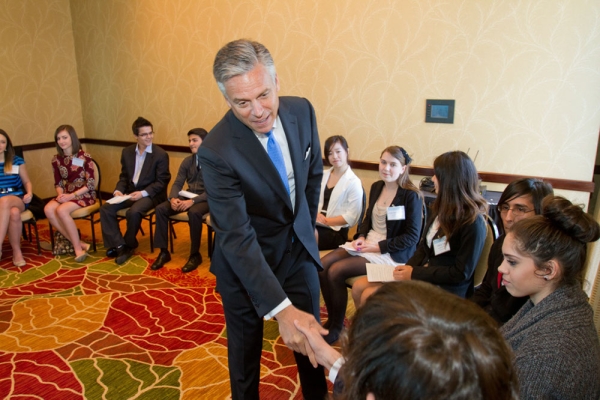 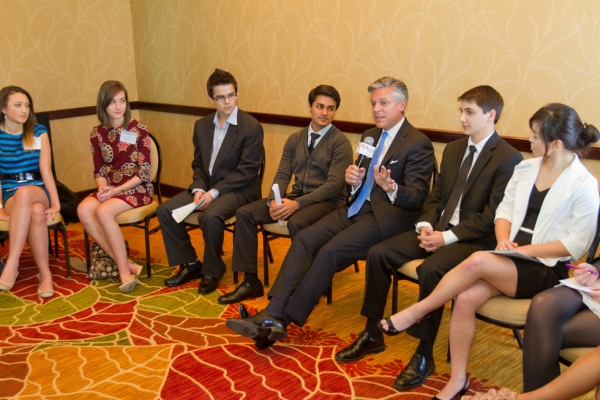 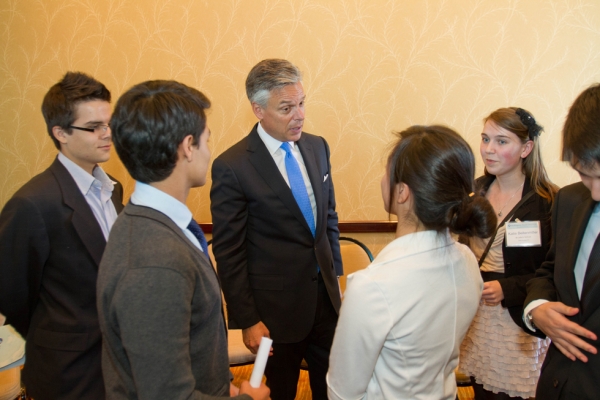 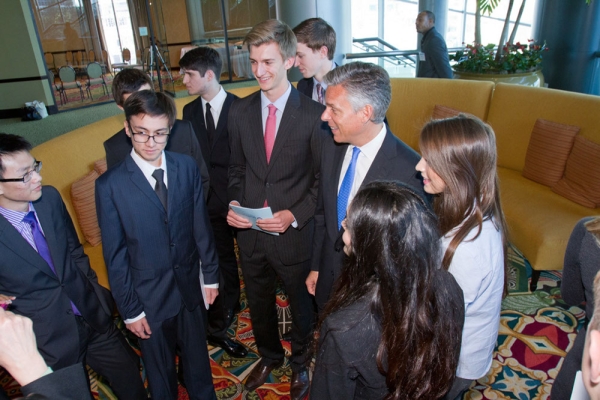 The adept politician, businessman, and diplomat, who served as the 16th Governor of Utah (2005–2009) and was a candidate for the 2012 Republican presidential nomination, has long and close ties to Asia that date back to the late 1970s when he lived and worked in Taiwan. After having served in government roles that include the Ambassador of the United States to the Republic of Singapore (1992–1993), the Deputy Assistant Secretary of Commerce for East Asia (1990), and the U.S. trade representative (2001–2002), Huntsman was tapped by President Barack Obama to serve as the Ambassador to the People’s Republic of China (2009–2011) noting his intimate understanding of the region and his proficiency in Mandarin Chinese.

At the luncheon, Huntsman was invited by Baker Hughes' Alan Crain to discuss the state of bilateral relations between the U.S. and China. The governor acknowledged that, to date, it has been easier for the U.S. "to say what we're going to do to China than what we're going to do with China." While offering a pragmatic interpretation of the U.S.-China dynamic, he voiced optimism for the effective collaboration of the two powers. "Never before has there been a time when the cycles of politics between the two countries have been as perfectly synchronized as they are now," he shared. "Through the humanization of U.S.-China relations, there is great potential to build connections that reinforce and strengthen ties."

Following the luncheon, Huntsman met with a local group of students for an intimate Q&A where he spoke to the importance of service and involvement in the political process.