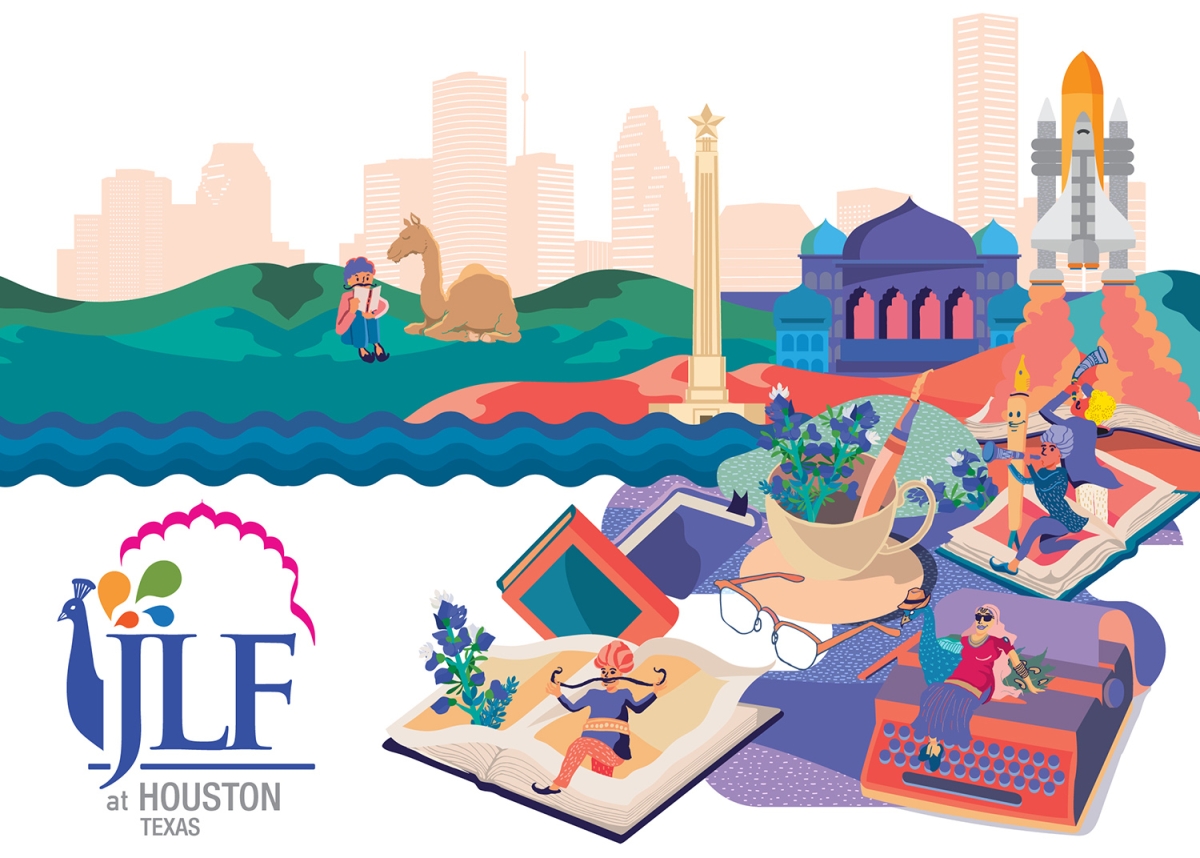 This September, the "greatest literary show on Earth" makes its debut in Texas with Jaipur Literature Festival at Houston (JLF), in partnership between Teamwork Arts, Asia Society Texas Center, Inprint, and the Consulate General of India. Renowned for being a sumptuous feast of ideas, the festival will present a showcase of South Asia's literary and oral heritage, with internationally acclaimed authors and thinkers taking part in a range of provocative panels and debates.

See detailed schedules and information for JLF at Houston Saturday.

Join Teamwork Arts, Asia Society Texas Center, Inprint, and the Consulate General of India this fall for the first edition of JLF in the Lone Star State.

The festival will be host to dozens of authors from all around the world, as well as local literary figures from here in Houston. Read on to learn more about the schedule of events and the wide collection of voices you will hear from our stage.

Described as the "greatest literary show on Earth," the ZEE Jaipur Literature Festival is a sumptuous feast of ideas. The past decade has seen it transform into a global literary phenomenon having hosted nearly 2,000 speakers and welcoming over a million book lovers from across India and the globe. The Festival’s core values remain unchanged: to serve as a democratic, non-aligned platform offering free and fair access.

An annual event that goes beyond literature, the Festival has also hosted Amartya Sen, Amitabh Bachchan, the late A.P.J. Abdul Kalam, His Holiness the 14th Dalai Lama, Oprah Winfrey, Stephen Fry, Thomas Piketty, and former president of Afghanistan, Hamid Karzai. The ZEE Jaipur Literature Festival is a flagship event of Teamwork Arts, which produces it along with over 25 highly acclaimed performing arts, visual arts and literary festivals across more than 40 cities globally. Over the years, Teamwork Arts has produced ZEE JLF at The British Library, ZEE JLF at Boulder, JLF at Houston, JLF at New York and JLF at Adelaide. Website: www.jaipurliteraturefestival.org

Inprint, a nonprofit organization founded in 1983 with the mission of inspiring readers and writers, has helped to transform Houston into a diverse and thriving literary metropolis. Inprint directly serves more than 15,000 Houstonians annually with low-cost or free literary performances for adults and children featuring leading writers; writers workshops for the general public, senior citizens, K-12 teachers, veterans, healthcare providers, the incarcerated, and more; and support for some of the world’s top emerging creative writers, in the form of fellowships and prizes — more than $4 million, to date.

With 13 locations throughout the world, Asia Society is the leading educational organization promoting mutual understanding and strengthening partnerships among the peoples, leaders, and institutions of Asia and the West. Asia Society Texas Center executes the global mission with a local focus, enriching and engaging the vast diversity of Houston through innovative, relevant programs in arts and culture, business and policy, education, and community outreach.

Major support for Performing Arts programs comes from Nancy C. Allen, Milton D. Rosenau and Dr. Ellen R. Gritz, the City of Houston through Houston Arts Alliance, and the Anchorage Foundation. Generous funding also provided by AARP, The Clayton Fund, Miller Theatre Advisory Board, New England Foundation for the Arts, the Wortham Foundation, the Texas Commission on the Arts, and through contributions from the Friends of Asia Society, a premier group of individuals and organizations committed to bringing exceptional programming and exhibitions to Asia Society Texas Center. Jaipur Literature Festival is produced in Collaboration with Teamwork Arts and Inprint.