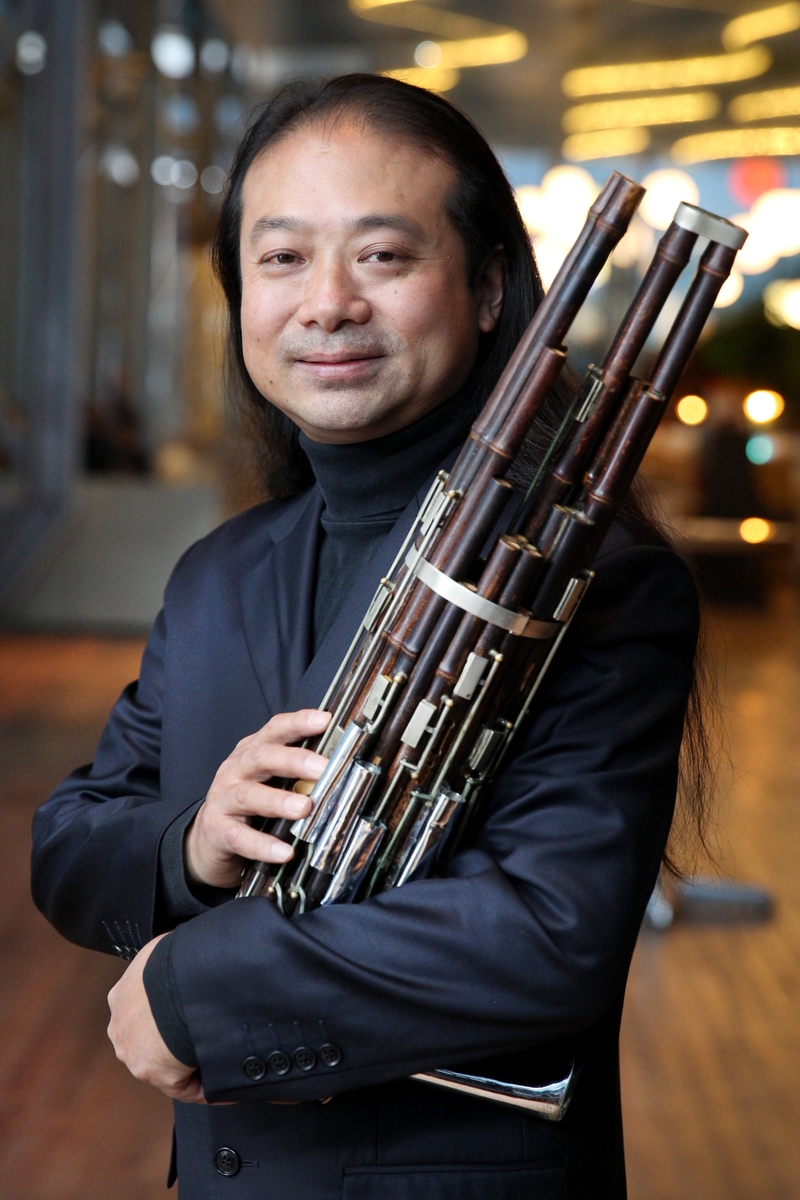 For the fifth year of our cross-cultural Asian music collaboration with the Shepherd School of Music, Asia Society is pleased to present sheng virtuoso Wu Wei. Bringing an ancient traditional Chinese instrument into the modern musical context, this award-winning soloist has played in prestigious orchestras and festivals all over the world, and will bring his unique talent and experiences to an intimate and interactive evening performance.

“The sheng comes from China, but it does not just belong to China, it belongs to everyone on earth and that’s why I’m trying to work with so many people. I like traditional Chinese music, but it helps me a lot learning and experimenting with different musical styles from around the world. I understand better my own culture looking at it from the perspective of other cultures.” — Wu Wei, in an interview with the Birmingham Contemporary Music Group

Wu Wei will be accompanied and in conversation with Kurt Stallmann, Professor of Composition and Theory, Director of the Rice Electroacoustic Music Labs at the Shepherd School of Music.

Best Bets This Weekend in Houston

Wu Wei is an avant-garde sheng soloist who has helped to develop this ancient 4,000-year-old instrument into an innovative force in contemporary music. He has created new techniques, expanded new repertoires, and integrated different styles and genres in his music.

Creative works by Kurt Stallmann focus on breaking boundaries between environmental sound and music, and connecting the divide between improvisation and composition. Recent projects include Ten Directions, an electronic work commissioned by Rice University for the dedication ceremony of Twilight Epiphany, a Skyspace designed by artist James Turrell; Change Course a collaborative improvisatory work with saxophonist Steve Duke, Moon Crossings for fifteen performers, video, and surround sound, and Among Rivers, the fifth collaboration with filmmaker Alfred Guzzetti, a multi-media performance with live movement, 28 loudspeakers and 7 video projects commissioned and premiered at the Moody Center at the Rice University.

His work has been recognized through grants and commissions by Chamber Music America, Meet The Composer/New Music USA, Fromm Music Foundation, Fulbright Scholar Program, the American Academy of Arts and Letters (Goddard Lieberson Fellowship), and the Guggenheim Memorial Foundation. Stallmann serves as Professor of Music and Director of the Rice Electroacoustic Music Labs, Shepherd School of Music, Rice University.

Performing Arts and Culture programs are presented by Wells Fargo. Major support for Performing Arts programs comes from Nancy C. Allen, Chinhui Juhn and Eddie Allen, Ellen Gritz and Milton Rosenau, the City of Houston through Houston Arts Alliance, The Hearst Foundation, The Brown Foundation, Mary Lawrence Porter, Houston Endowment, and the Anchorage Foundation of Texas. Generous funding also provided by AARP, The Clayton Fund, The Cullen Trust for the Performing Arts, Miller Theatre Advisory Board.  Additional support provided by the Wortham Foundation, Texas Commission on the Arts, National Endowment for the Arts, and through contributions from the Friends of Asia Society, a dedicated group of individuals and organizations committed to bringing exceptional programming and exhibitions to Asia Society Texas Center. This program is presented in collaboration with the Shepherd School of Music at Rice University.