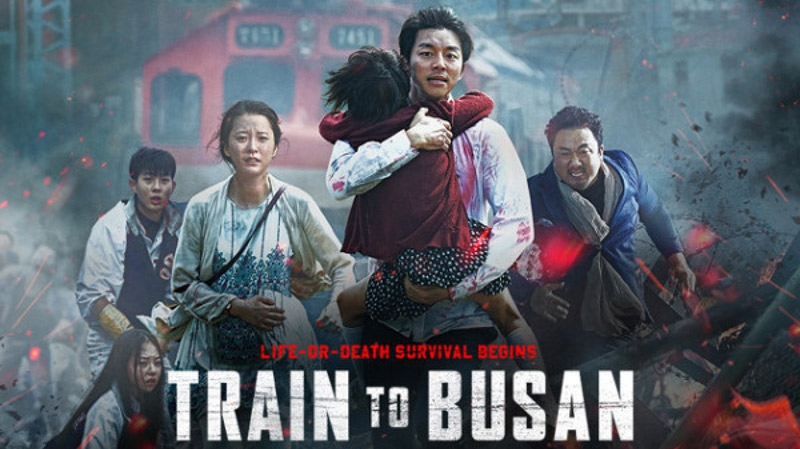 Support the Houston Food Bank's Harvey disaster relief efforts by dropping off donations during this event. Most-needed items include:

Train to Busan is a harrowing zombie horror-thriller that follows a group of terrified passengers fighting their way through a countrywide viral outbreak while trapped on a suspicion-filled, blood-drenched bullet train ride to Busan, a southern resort city that has managed to hold off the zombie hordes…or so everyone hopes.

This film includes graphic violence and some strong language.
Recommended for ages 16 and up.

Before we dive headlong onto the zombie train, join us for a Halloween Costume Contest! Come dressed in your favorite costume — whether it’s a legendary monster from your favorite Asian folklore (Mongolian Death Worm, perhaps?) or your favorite go-to Halloween staple, for a chance to win a prize. There’s no need to sign up in advance, just bring your dressed up self to the Asia Society Texas Center. Before the movie starts, we’ll invite you all up on stage where the winners will be determined by audience applause. Prizes will be awarded to the crowd favorite and a runner-up.

“Sprinting right out of the gate, the director, Yeon Sang-ho, dives gleefully into a sandbox of spilled brains and smug entitlement.” – The New York Times

“Just when you thought we’d reached peak zombie, along comes South Korea’s Train to Busan to send an electrifying jolt through the genre. Breathless and brutal, the film is akin to someone smashing together 28 Days Later with Snowpiercer and then convincing Mad Max’s George Miller to help out on some of the action scenes." – The Fort Worth Star

“Following a motley crew on a bumpy ride from Seoul to Busan to escape a zombie outbreak, writer-director Yeon Sang-ho’s action-horror railroad movie Train to Busan pulses with relentless locomotive momentum. As an allegory of class rebellion and moral polarization, it proves just as biting as Bong Joon-ho’s sci-fi dystopia Snowpiercer, while delivering even more unpretentious fun” – Variety

Major support for the Performing Arts at Asia Society Texas Center comes from Nancy C. Allen, Ellen Gritz and Milton Rosenau, the City of Houston through Houston Arts Alliance, and the Anchorage Foundation. Generous funding also provided by AARP, The Clayton Fund, Miller Outdoor Theatre, New England Foundation for the Arts, and through contributions from the Friends of Asia Society, a premier group of individuals and organizations committed to bringing exceptional programming and exhibitions to Asia Society Texas Center.