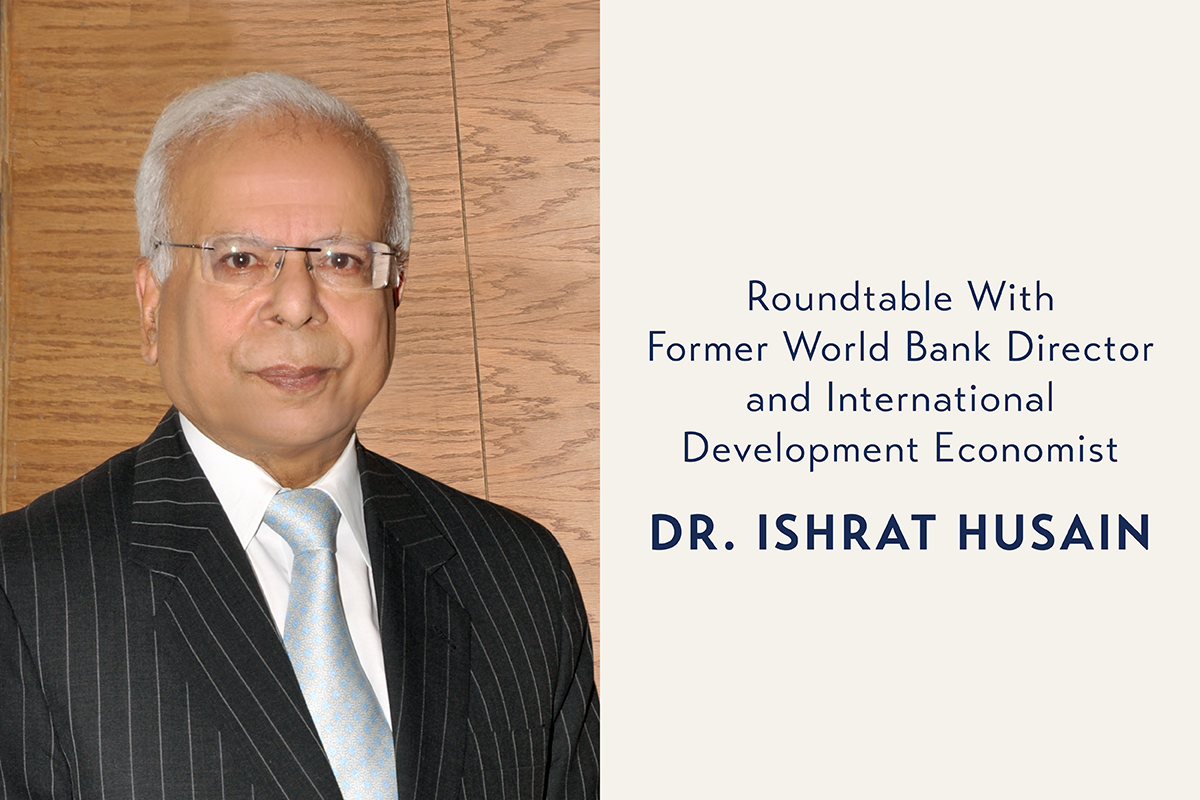 Join Asia Society Texas for a roundtable with internationally renowned economist Dr. Ishrat Husain, who served with the World Bank for two decades, led Pakistan’s Central Bank as Governor from 1999–2005, and until recently served as advisor to Prime Minister Imran Khan on institutional reforms and austerity. In this special opportunity, participants will have a chance to engage directly with Dr. Husain and hear his views on the impact of rising inflation, global supply chain issues, particular concerns facing Asian countries such as Afghanistan, China and Pakistan, and the impact on the U.S.

Dr. Ishrat Husain was until recently the Advisor to the Prime Minister of Pakistan on Institutional Reforms and Austerity with the status of Federal Minister and led the Government efforts to reform the Civil Services and restructure the Federal Government. During 2016-17 he was the Public Policy Fellow at the Woodrow Wilson Center in Washington, D.C. During this tenure, he produced his latest book, Governing the Ungovernable, which was published by Oxford University Press. He is HEC National Distinguished Professor, Professor Emeritus, and Chairman for the Centre for Excellence in Islamic Finance at the Institute of Business Administration, (IBA) Karachi, the oldest graduate business school in Pakistan. He has also served as Dean and Director of IBA from 2008–2016.

He served as the Chairman, National Commission for Government Reforms, for two years from 2006 to 2008 with the status of Federal Minister reporting directly to the President and Prime Minister of Pakistan. From 1999–2005, he served as Governor of the State Bank of Pakistan and implemented a major program of restructuring the Central Bank and steered the reforms of the banking sector. The Banker Magazine of London declared him as the Central Bank Governor of the year for Asia in 2005. He received the Asian Banker Lifetime achievement award in 2006.

Dr. Husain had a distinguished career at the World Bank for over two decades 1979-1999. Among the key positions he held at the Bank were Resident Representative to Nigeria, head of the Bank’s Debt and International Finance Division, Chief Economist for Africa between 1991-94 and later as Chief Economist for East Asia and Pacific Region that included China. He became the Bank’s Director Poverty and Social Department and in 1997 he was named the Country Director for Central Asian Republics.Dr. Husain has maintained an active scholarly interest in development issues. He has authored two dozen books and monographs and contributed more than 40 articles in refereed journals and 34 chapters in books. He has chaired or served on the Boards of several research institutes, philanthropic and cultural organizations.