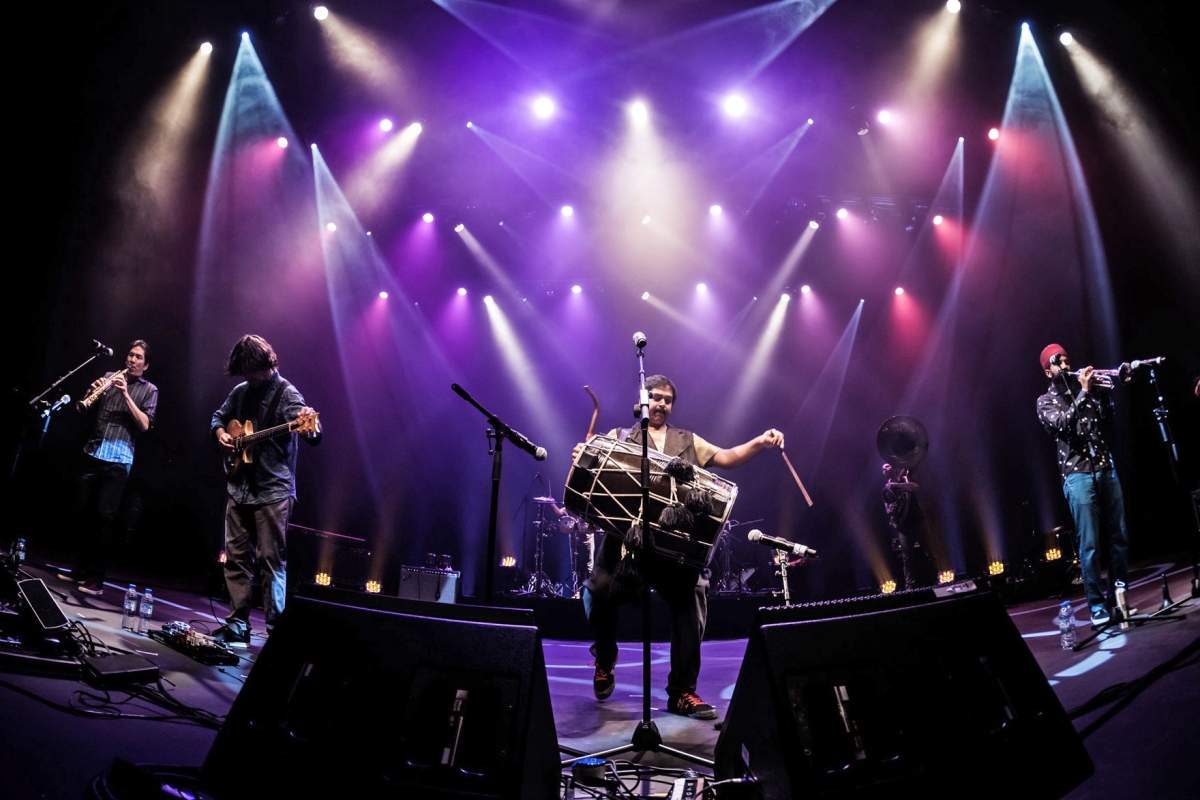 "A Big Band for the World." — The Wall Street Journal

"Imagine a New Orleans street band playing Indian Bollywood tunes with a go-go beat — you can't? Then just listen, because your day is about to get better." — NPR

"Calling it a party doesn’t quite cut it. But when there’s no room to dance – or march, even – that’s probably the best word." — Relix

5 Best Bets This Weekend in Houston

The ever-evolving Red Baraat is a pioneering band from Brooklyn, New York. Led by dhol player Sunny Jain, the group has drawn worldwide praise for its merging of hard-driving North Indian Bhangra with elements of funk, go-go, rock, and jazz — fueled by master rhythm-makers, the muscle of horns, raucous guitar, and a booming sousaphone. Created with no less a purposeful agenda than manifesting joy and unity in all people, the band's effortless outlook empowers their audience in a near-hedonistic celebration of music and dance. "A knitted blend of poly-rhythmic panache exploring what it means to communicate music between individuals and across cultures," states SPIN Magazine. NPR has dubbed Red Baraat "the best party band in years."

On the heels of a new album release, Sound the People, Red Baraat are very much taking their sonic signature to a new astral realm, while firmly placing it within the context of a globalized generation. NPR's All Songs Considered called their latest release "wildly infectious, soul-grooving music," and Stereogum praised the title track featuring Heems (Das Racist / Swet Shop Boys): "Red Baraat delivers an explosion of sound. A frenzy of funk, jazz, hip-hop, and Indian bhangra."

Red Baraat has released five albums prior, including 2017's Bhangra Pirates (No. 4 on World Music Charts Europe), 2012's Shruggy Ji (debuted at No. 1 on the Billboard World Music Charts), and their debut release in 2010, Chaal Baby, which was featured on the FX TV show, It's Always Sunny in Philadelphia. Their infamous live show has criss-crossed the globe, including stops at Bonnaroo, Peter Gabriel's WOMAD Festival (UK, Australia, New Zealand, and Spain), Austin City Limits, New Orleans Jazz & Heritage Festival, Luxembourg Philharmonic, New York City's iconic Bowery Ballroom, and Vienna Concert House. The band has performed at the request of the White House, TED, and the Olympic Games, and they've been curating their multi-day Red Baraat Festival of Colors for the past seven years, based on the Hindu holiday of Holi.

Major support for Performing Arts programs comes from Nancy C. Allen, Ellen Gritz and Milton Rosenau, the City of Houston through Houston Arts Alliance, and the Anchorage Foundation. Generous funding also provided by AARP, The Clayton Fund, Miller Theatre Advisory Board, New England Foundation for the Arts. Additional support provided by the Wortham Foundation, the Texas Commission on the Arts, and through contributions from the Friends of Asia Society, a premier group of individuals and organizations committed to bringing exceptional programming and exhibitions to Asia Society Texas Center. This presentation of Red Baraat is sponsored in part by the City of Houston through the Miller Theatre Advisory Board.