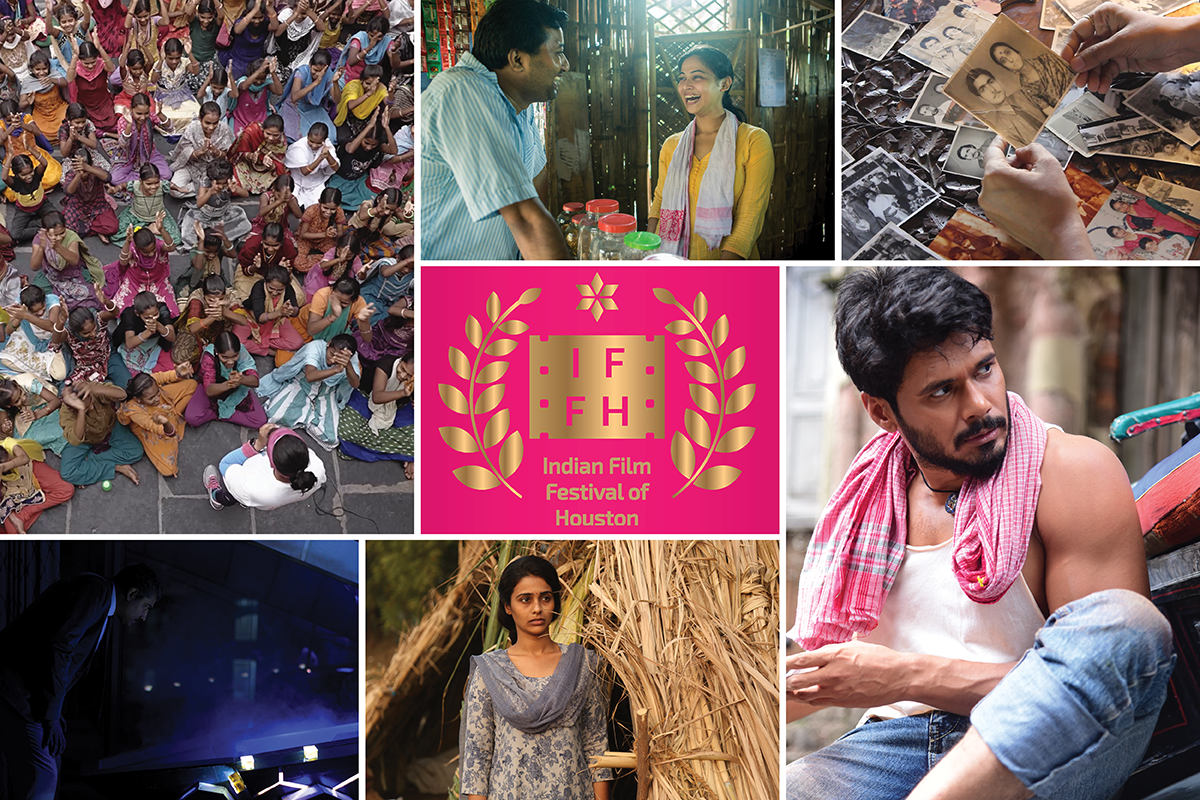 This event will take place in the Brown Foundation Performing Arts Theater. Seating will be assigned to align with our protocols.

Join the Indian Film Festival of Houston and Asia Society Texas Center in celebrating the cinematic voices of India and the Diaspora with a fresh lineup of feature films, documentaries, and shorts!

4:15 p.m. Feature Film Bittersweet, followed by a Q&A session
Director: Ananth Mahadevan | Duration: 101 minutes | Language: Marathi (English subtitles)
Bittersweet is a dramatic but true tale of survival, exposing the shocking situation in the cash-rich sugar industry of Maharashtra, where women have been pressured into having hysterectomies or face debilitating penalties from labor contractors. Using a documentary-realist style, it tells the true story of Satya Bhama, a woman who faced the dilemma of either losing her womb or resigning her family to a life of poverty and debt, and dared to tell her story.

7:15 p.m. Short Film For Each Other
Director: Rima Das | Duration: 23 minutes | Language: Assamese (English subtitles)
For Each Other is part of Neighbors, a five-film anthology by filmmakers representing the BRICS nations (Brazil, Russia, India, China, and South Africa), which explores not only the spatial proximity of neighbors but also interpersonal closeness. This short film by Rimas Das tells the story of Malti and Ramen. Malti is an earnest shop owner, whereas Ramen is a flamboyant tempo driver. Together, they act as a bridge between the quaint Assam neighborhood and the outside world. How will their relationship and community be affected when their comfortable arrangement is disrupted?

8:05 p.m. Documentary Film Ghar Ka Pata (Home Address)
Director: Madhulika Jalali | Duration: 61 minutes | Languages: Hindi, Kashmiri, English (English subtitles)
Ghar Ka Pata is an autobiographical account of director Madhulika Jalali's search for her identity as a Kashmiri Pandit woman. In the early 1990s, the six-year-old Madhulika and her household fled Rainawwari — a quaint suburb of Srinagar — in response to Kashmir's separatist insurgency. Twenty-four years later, with no memory of her birthplace, she returns to visit with her family. In retracing her roots, Madhulika weaves a narrative juxtaposing short, impromptu conversations filmed on the streets of Rainawari with a string of family anecdotes. These oral accounts of a bygone era reveal connections extending beyond religion and politics. On a personal level, Madhulika's film underlines how the pain of exile can linger across generations.

4:15 p.m. Feature Film Rickshawala
Director: Ram Kamal Mukherjee | Duration: 47 minutes | Languages: Bengali, Bhojpuri (English subtitles)
Rickshawala is a tribute to Bimol Roy's masterpiece Do Bigha Zameen and Roland Joffe's The City of Joy, shedding light on the overlooked plight of Kolkata's rickshaw-pullers. A traditional mode of transportation for over 100 years, the rickshaw has recently been declared illegal by India's Supreme Court and is breathing its last breath in the by lanes of the city. The film depicts how vital the rickshaw-pullers are to the pathos, love, and human bond of the city.

5:05 p.m. Short Film Coldfire
Director: Riddhi Sen | Duration: 34 minutes | Language: Bengali (English subtitles)
Riddhi Sen's directorial debut is a dystopian dark comedy adapted from a short story by Nabarun Bhattacharya ,one of the most prominent magic realist authors of Bengal. In 2029, a salesman named G.B. comes to pitch a mysterious product to the real estate tycoon Mr. K.P. Sarkar on a mysterious gadget called 'Coldfire,' which he believes will change the Hindu funeral system to exclusively serve the elite classes of society. Sarkar finds himself in a race with other elites to become the first user of 'Coldfire,' to effectively 'win' in life via death, in this satire of consumerism and class struggle.

6:35 p.m. Documentary Film WOMB – Women of My Billion, followed by a Q&A session
Director: Ajitesh Sharma | Duration: 104 minutes | Language: Hindi (English subtitles)
WOMB is the story of a young woman named Srishti Bakshi, who embarks on a monumental journey walking 3,800 kilometers over 240 days, from Kanyakumari (South India) to Kashmir (North India), along the way meeting and learning firsthand about the experiences of the women she meets. It is a heart-wrenching and heartwarming documentary on the plights, dreams, rights, and fights against all forms of violence that unify the women of today's India. Through Shristi's journey, viewers gain the privilege of discovering and understanding the WOMB, which deserves to be respected, empowered, and protected. 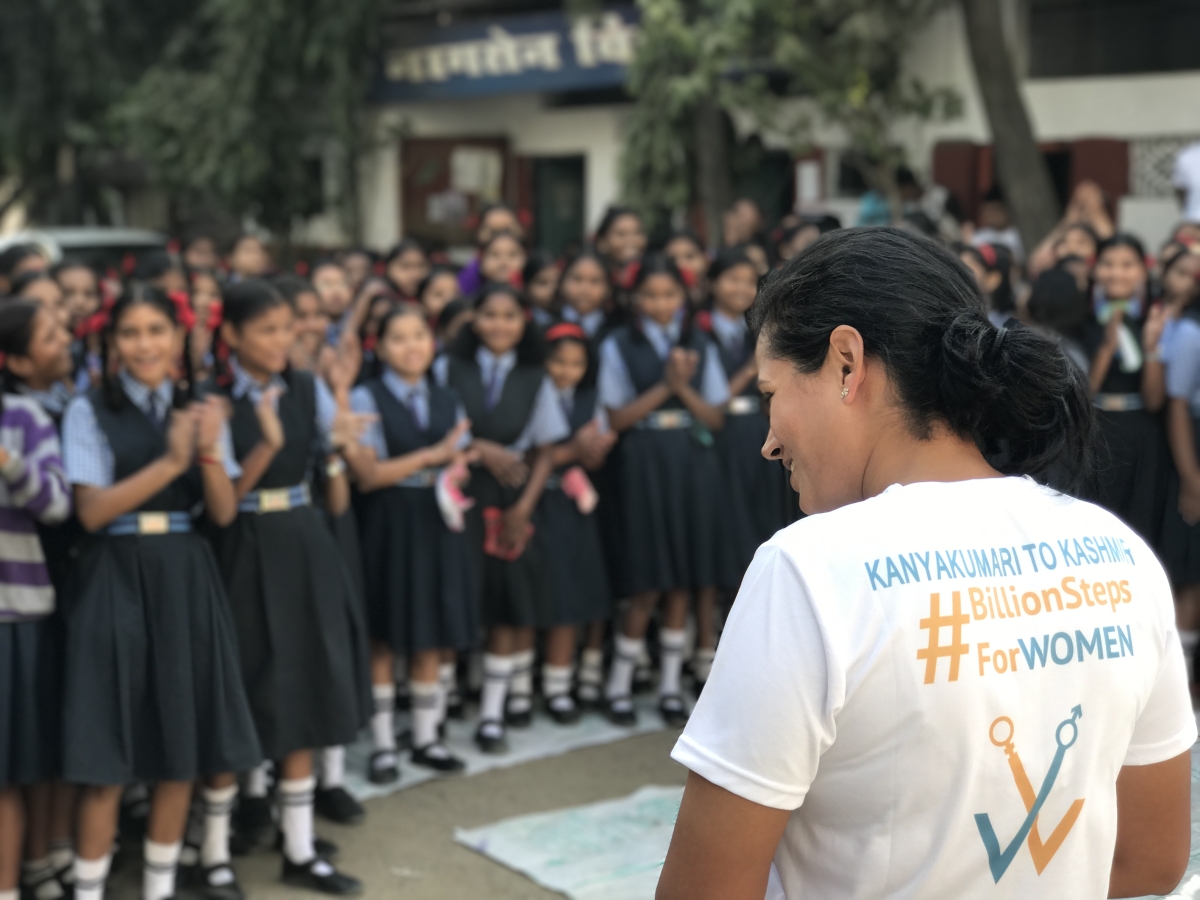