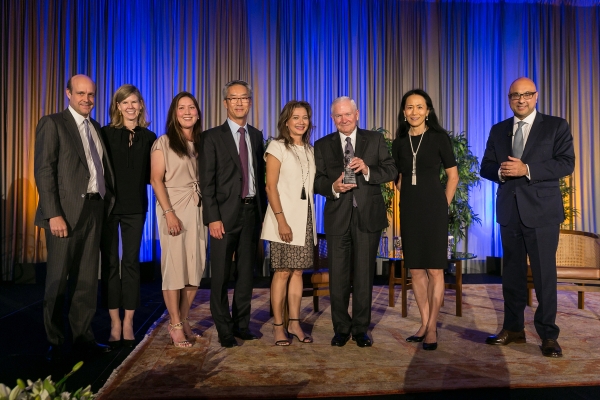 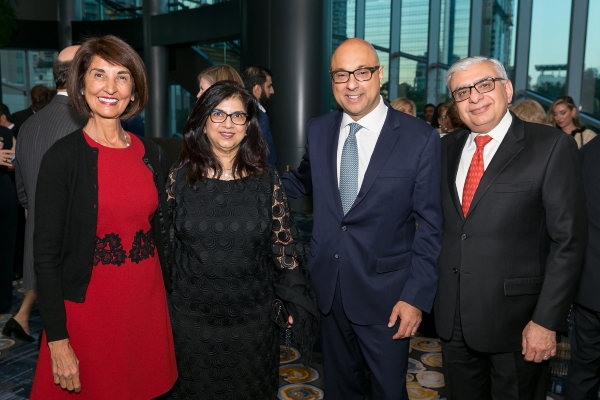 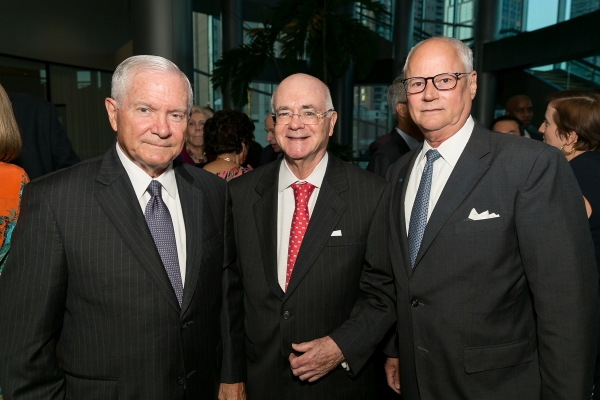 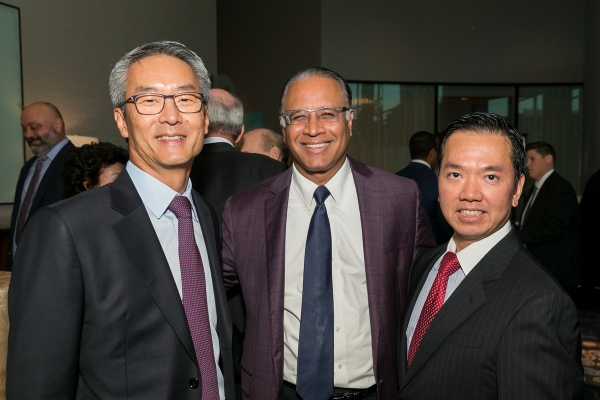 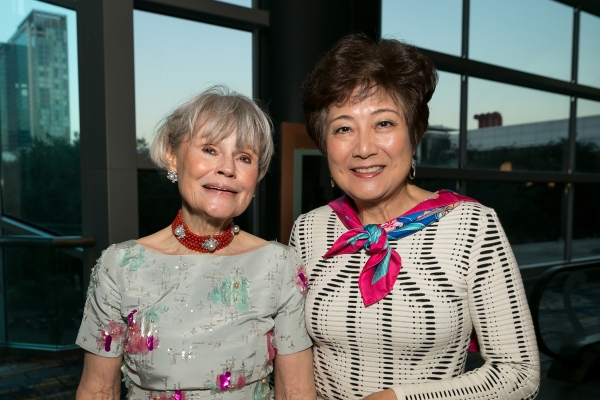 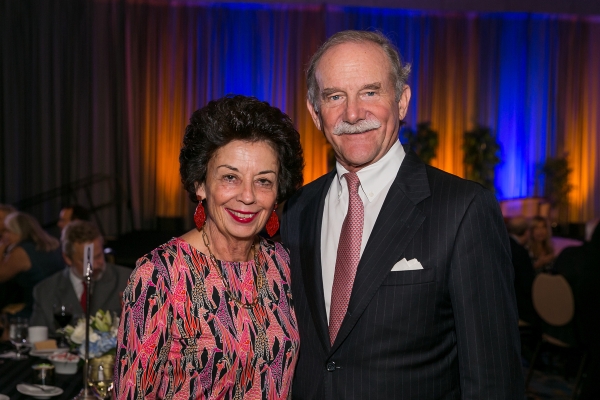 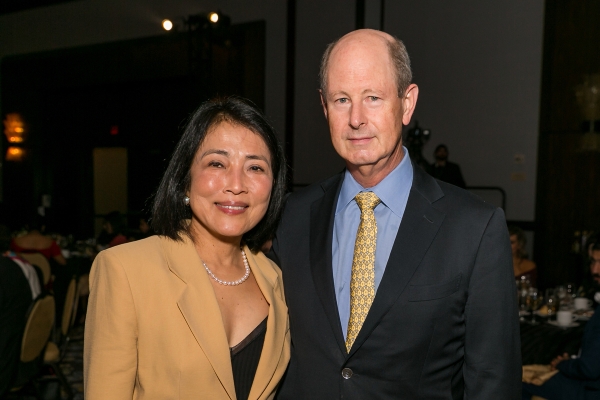 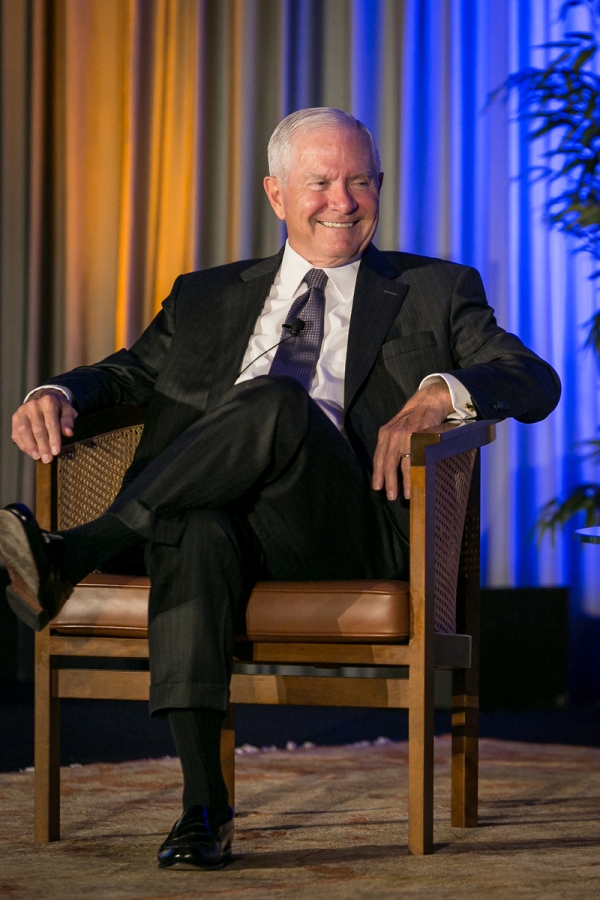 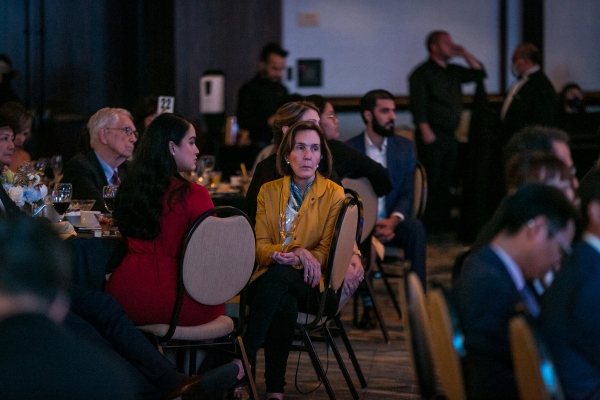 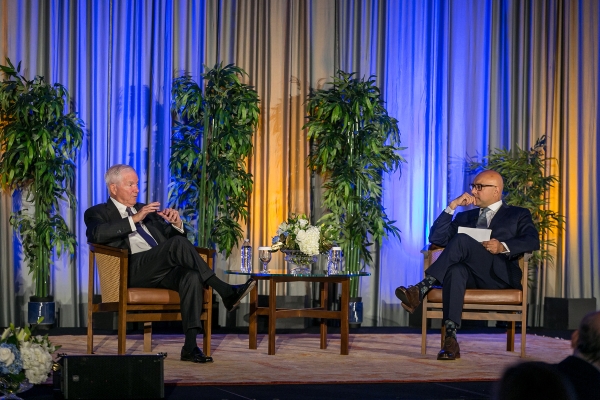 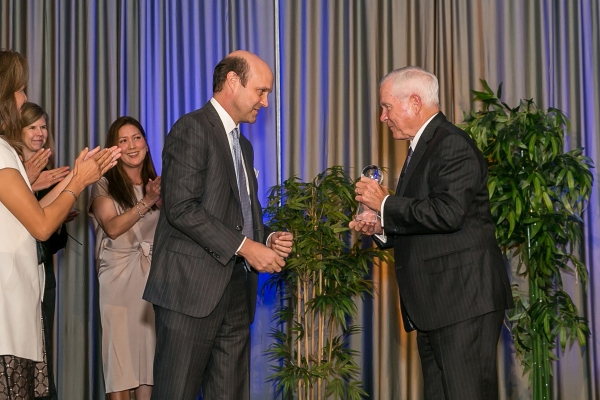 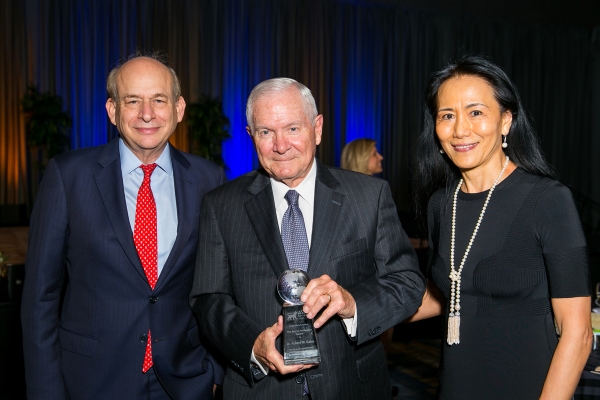 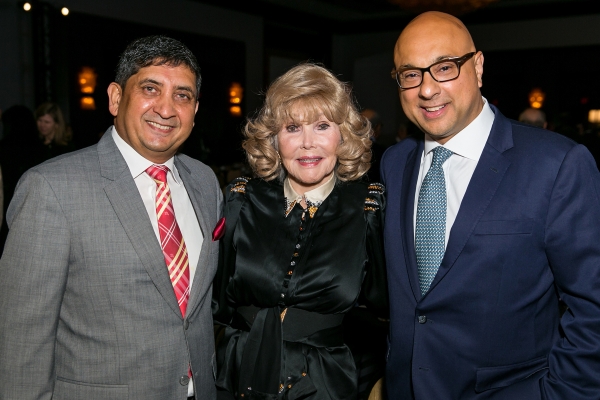 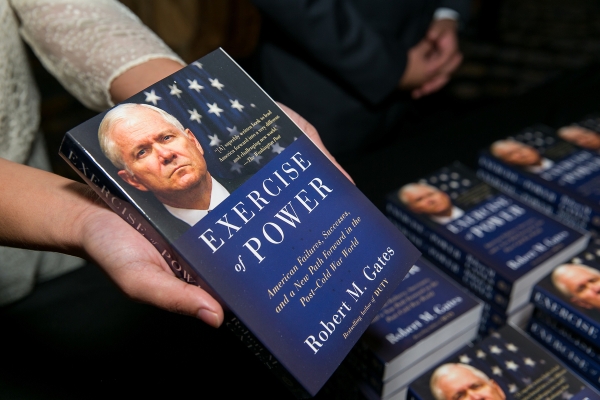 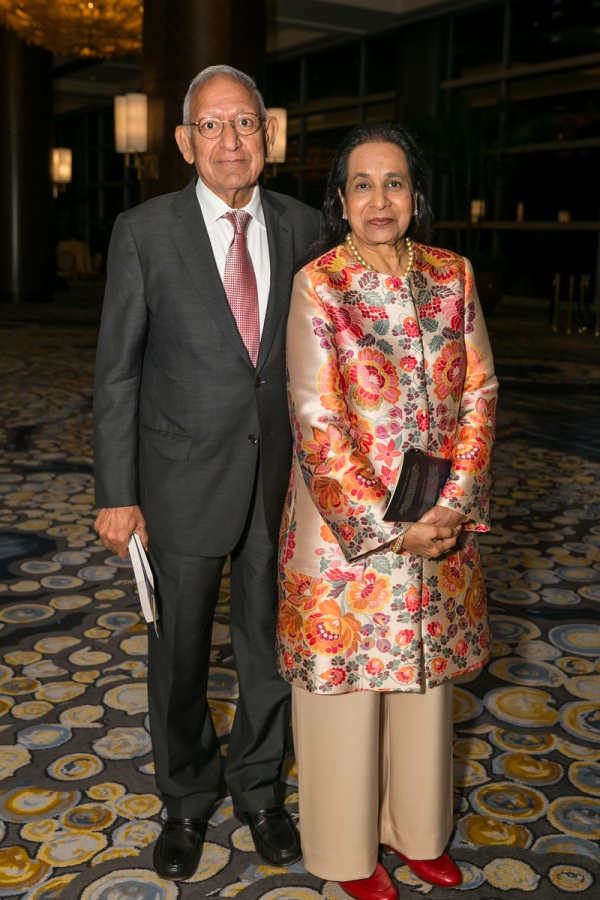 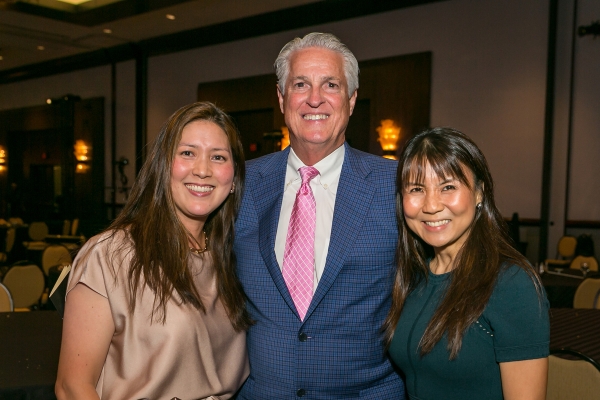 The award honored Dr. Gates for his legacy in public service, education, and international relations, including decades of public service in the Central Intelligence Agency and in serving eight U.S. presidents across both parties. As the 22nd U.S. secretary of defense (2006–2011) under President George W. Bush and President Barack Obama, Dr. Gates was the only defense secretary in U.S. history to be asked to remain in office by a newly elected president. On his last day in office, President Obama awarded him the Presidential Medal of Freedom, America's highest civilian honor. Dr. Gates also demonstrated his commitment to education and future generations in his role as the president of Texas A&M University from 2001–2006, and currently as chancellor of the College of William and Mary.

Following dinner, MSNBC anchor Ali Velshi moderated a discussion with Dr. Gates on current world affairs including Afghanistan and the U.S. relationship with China, as well as his advice for students in the audience. Dr. Gates reflected on his long career and the unpredictable state of the world that could not have been anticipated as we emerged from the Cold War in 1991. Regarding Afghanistan, Dr. Gates spoke about what the U.S. did correctly — improving the security environment and political leadership — but also where it failed, particularly in the lack of coordination between government, NGOs, and the needs of the Afghan people.

Dr. Gates shared his belief that China will incorporate Afghanistan into their economic plans, which led to a discussion on broader U.S.–China relations. In light of the challenges China presents and the role of America on the global stage, Dr. Gates shared the need for social media-savvy young people in public service with the ability to communicate our values effectively. In his view, the biggest problem with the current political climate is not partisanship, but the cynicism and skepticism it creates in the public that results in an inability to get things done — and further feeds into the narrative perpetuated by China.

For Dr. Gates, his approach to public service is focusing on what’s in the best interest for America — regardless of party. He encouraged young people not to be deterred by the polarized political environment, but rather to join in serving the country.

Camille Anibogu, a University of Houston student, reflected, “Secretary Gates inspired me. I would like to be a true public servant, one who cares about people first and not politics, like he was. I want to use my career to help as many people as possible.”

In presenting the Huffington Award to Dr. Gates, event chairs Maggie and Bruce Campbell and Sue and Randy Sim recognized his longtime service to the country and his significant contributions advancing education and international relations. “Your career underscores the importance of mutual understanding and bipartisan cooperation to advance effective diplomacy,” said Randy Sim.

About the Huffington Award

Named after Asia Society Texas Center's co-founder Roy M. Huffington, the Huffington Award distinguishes outstanding contributions that have furthered international understanding, welfare, and diplomacy on a global scale, and recognizes leaders who have been a major force on the international stage. It is the highest honor granted by Asia Society Texas Center. Past award recipients include President George H. W. Bush and former Secretary of State James A. Baker, III.