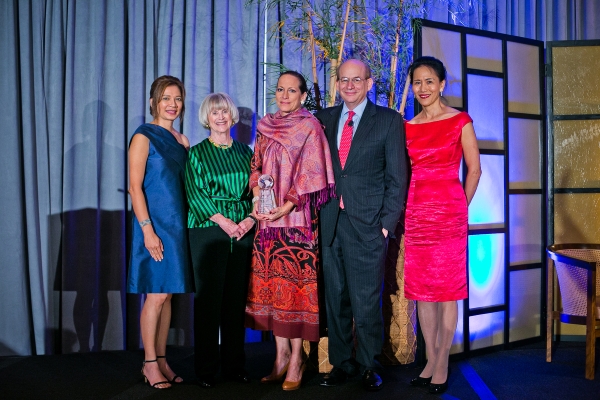 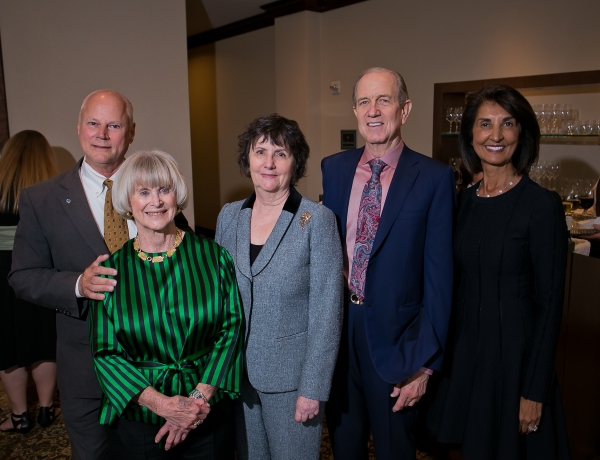 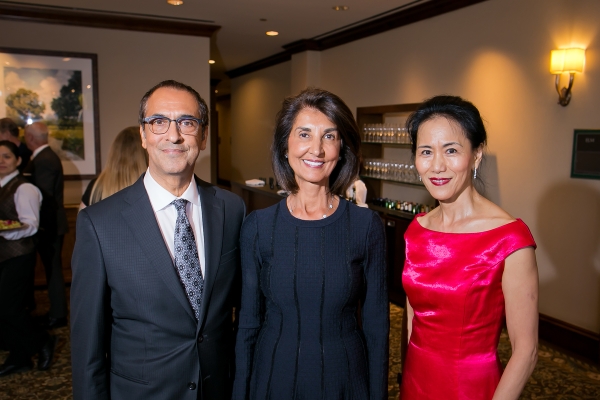 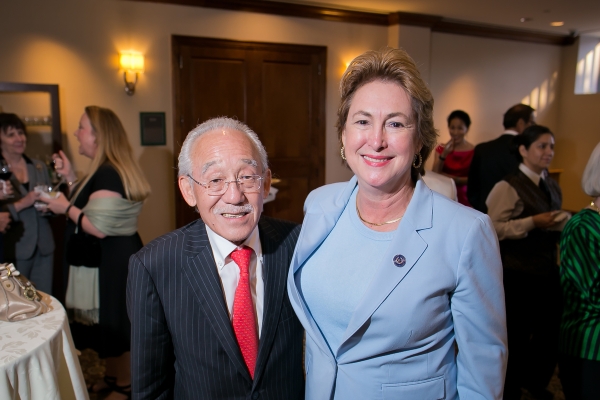 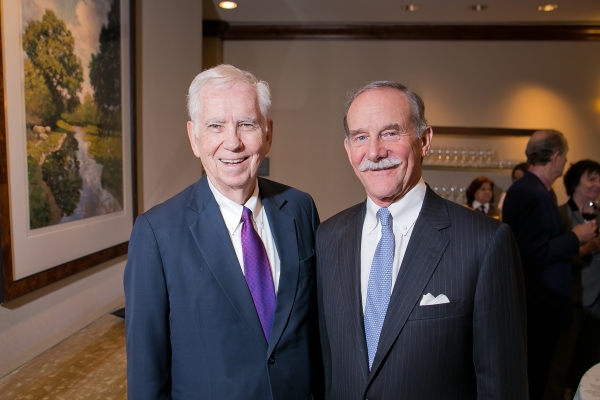 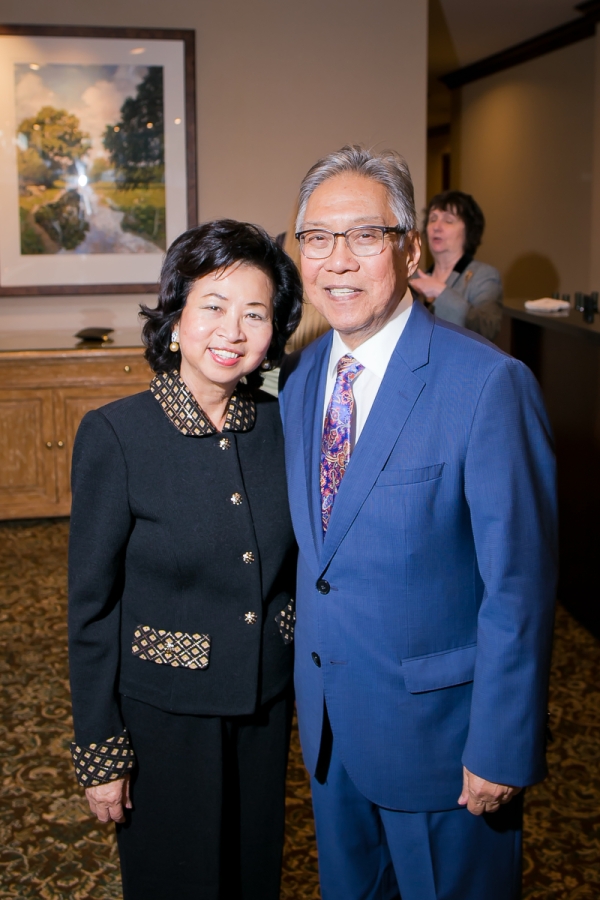 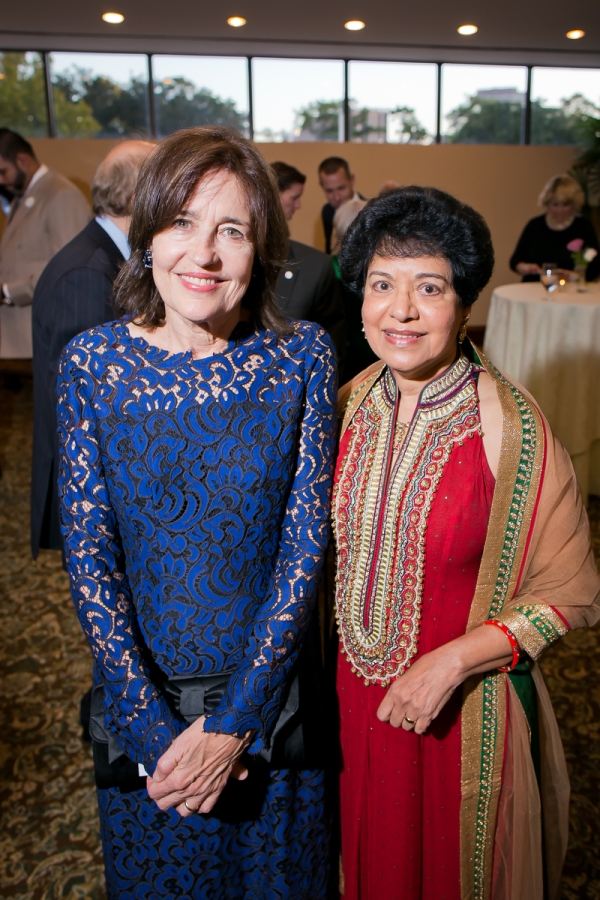 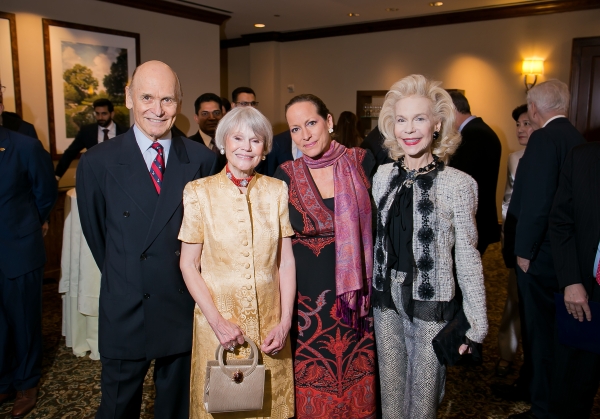 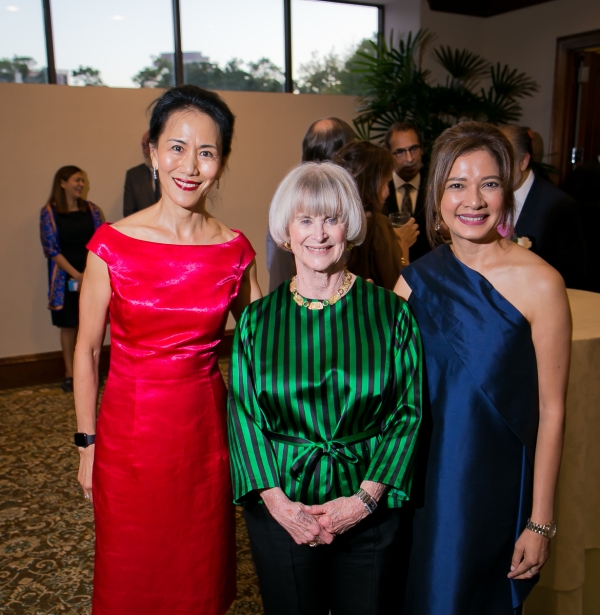 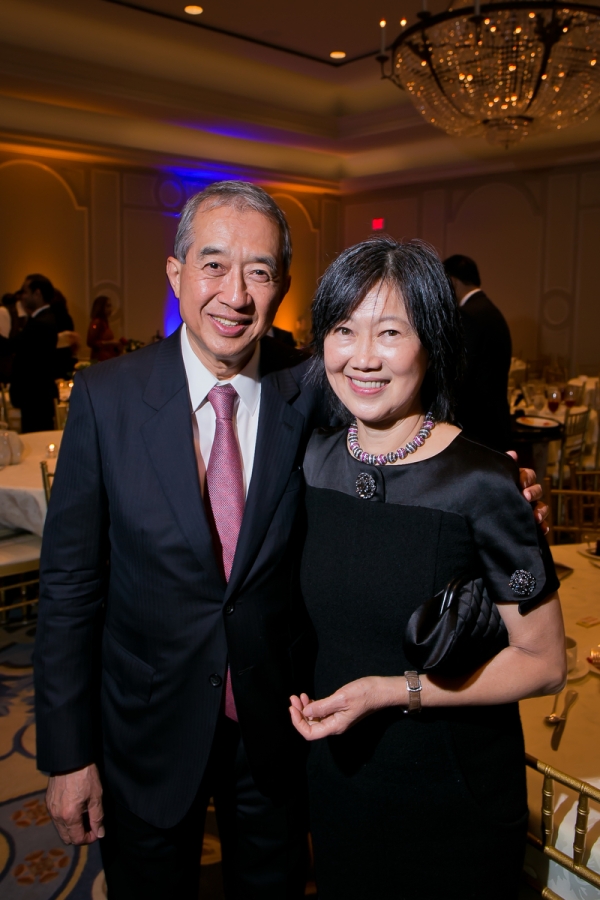 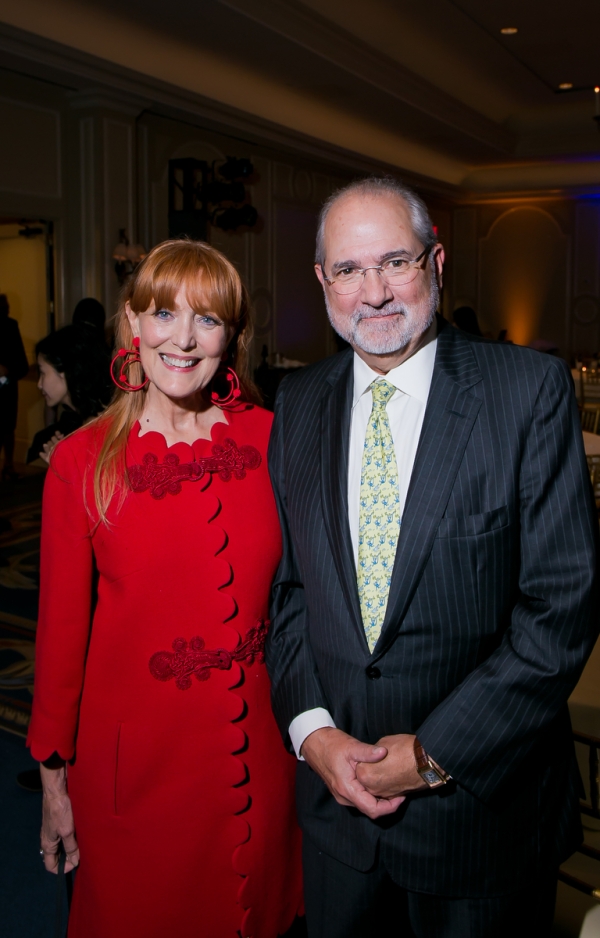 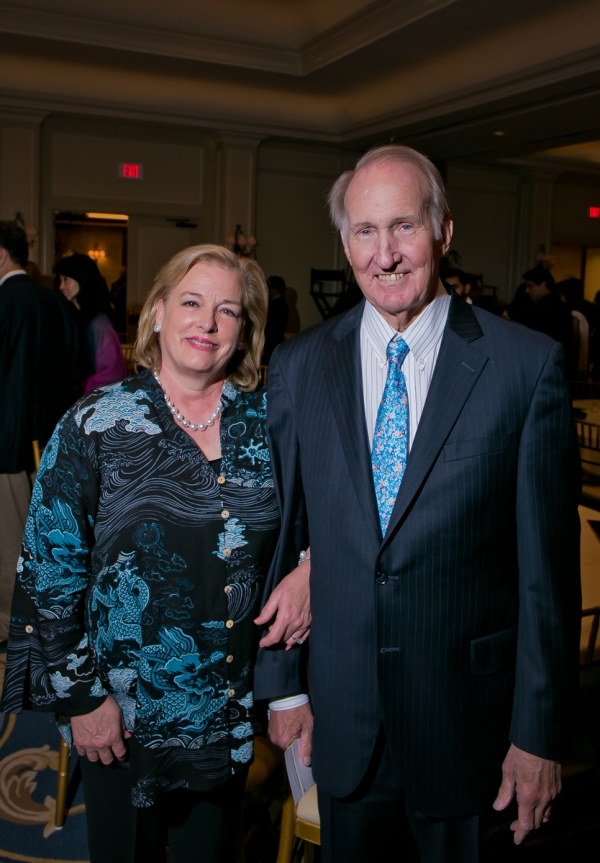 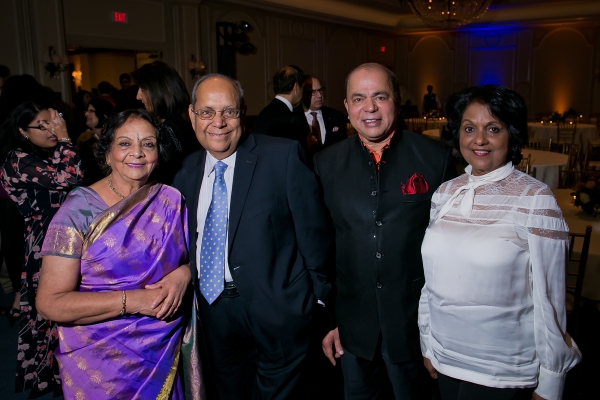 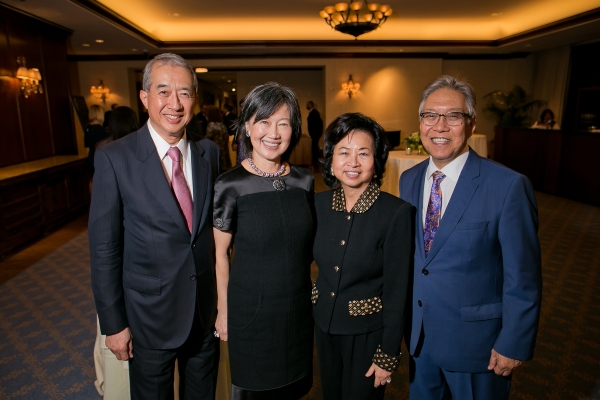 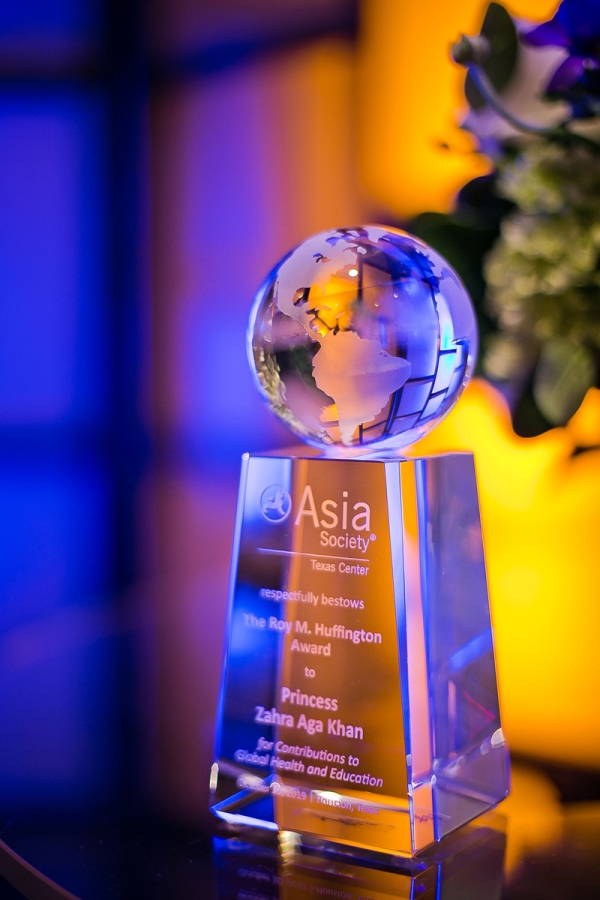 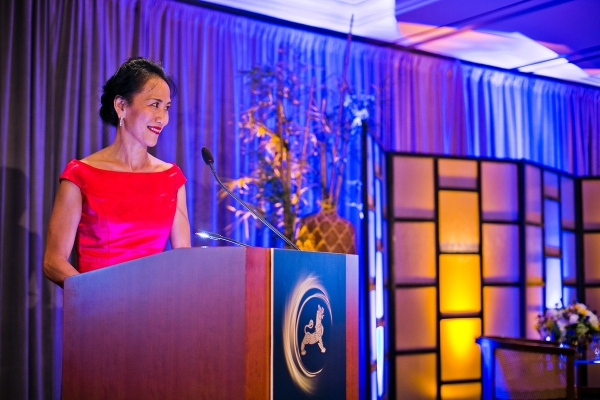 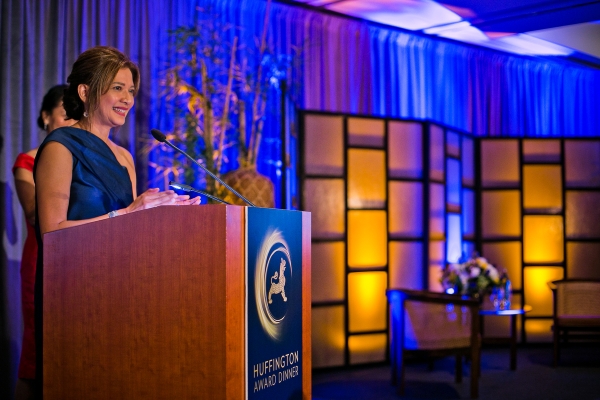 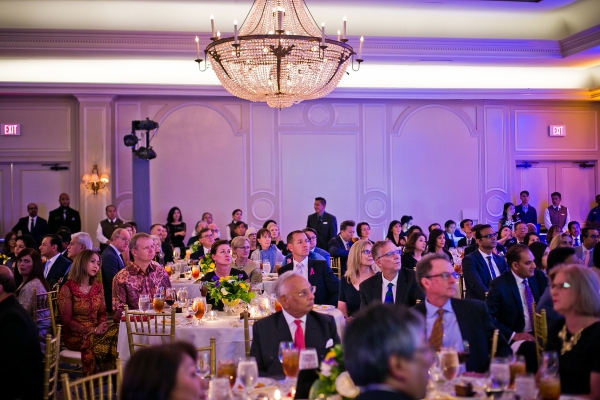 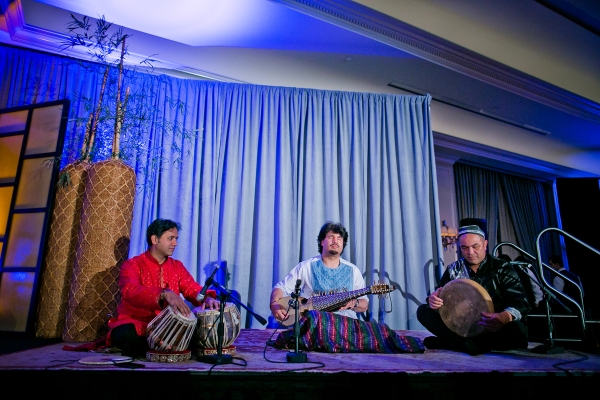 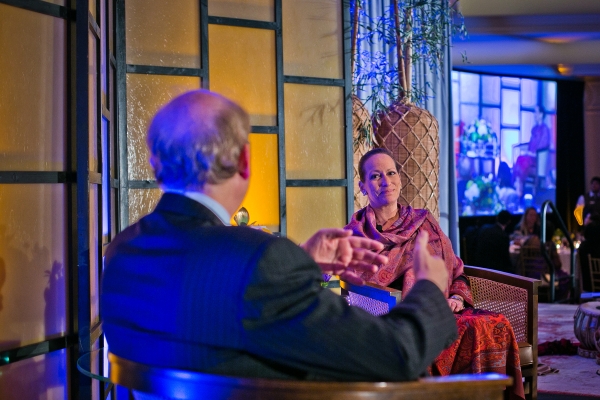 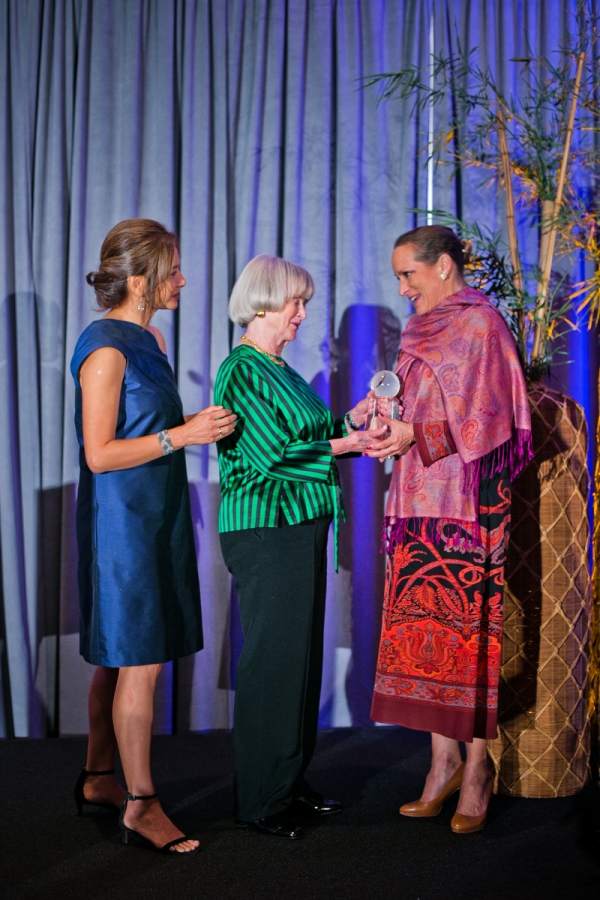 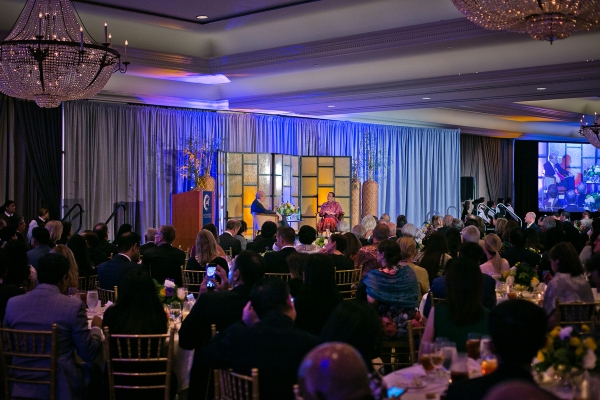 Princess Zahra Aga Khan, through her work with the Aga Khan Development Network, was honored for her outstanding commitment to advancing healthcare and education around the world. The eldest child of His Highness the Aga Khan, the 49th and current hereditary Imam of the Shia Imami Ismaili Muslims, Princess Zahra serves in various leadership roles within the Network, which comprises numerous private, international, non-denominational development organizations working to improve the welfare and prospects of people in the developing world, particularly in Asia and Africa. Some programs span both the developed and developing worlds. The work of the AKDN is underpinned by the ethical principles of Islam – particularly consultation, solidarity with those less fortunate, self-reliance, and human dignity – but the AKDN does not restrict its work to a particular community, country, or region.

“We were so humbled to honor Princess Zahra, and it was an inspiration to hear about the many projects in healthcare and education that she and the Aga Khan Development Network have spearheaded globally,” said Bonna Kol, president of Asia Society Texas Center. “Through her work, Princess Zahra is building hope and trust in a world where both are greatly needed.”

During the program, moderated by Rice University president David W. Leebron, Princess Zahra spoke about her work, including how focusing on girls’ education worldwide has yielded significant results in economic opportunity. She also discussed her view that a liberal arts education can help encourage the development of values, including an ethic of volunteerism. She explained, “It is not learning what to think, but learning how to think, and I think that’s what our education activities seek to instill […] a spirit of inquiry and those values which are the basic human values of pluralism and understanding that makes the quality of life of one’s neighbor better than it is today. Pluralism is not just tolerance — tolerating the other — it’s not just accepting that one lives in a diverse society, but it’s having an active and profound understanding of the nature and culture of one’s neighbors, so much so that one can then learn to appreciate the value that they bring to society.”

When asked about the future of our society, Princess Zahra spoke of her own children and indicated she believes there is much to learn from younger generations. “I think we are living at a time when there is optimism,” she said. “There are things that are happening in our world in medicine, communications, and technology, which are going to have such profound impacts on not only the way we live as human beings but on the way that we interact and we learn.”

The evening also featured a special musical performance by the Master Musicians of the Aga Khan Music Initiative, Homayoun Sakhi on the Afghan rubab and Abbos Kosimov on the Uzbek doira, who were joined by Nitin Mitta on the North Indian tabla. The Aga Khan Music Initiative is an interregional music and arts education program launched to support talented musicians and music educators worldwide working to preserve, transmit, and further develop their musical heritage in contemporary forms.

About the Huffington Award

The Huffington Award recognizes leaders who have been a major force on the international stage. Named after Asia Society Texas Center co-founder Roy M. Huffington, the award distinguishes outstanding contributions that have furthered international understanding, welfare, and diplomacy on a global scale. It is the highest honor granted by Asia Society Texas Center. Past award recipients include President George H.W. Bush and former Secretary of State James A. Baker, III.