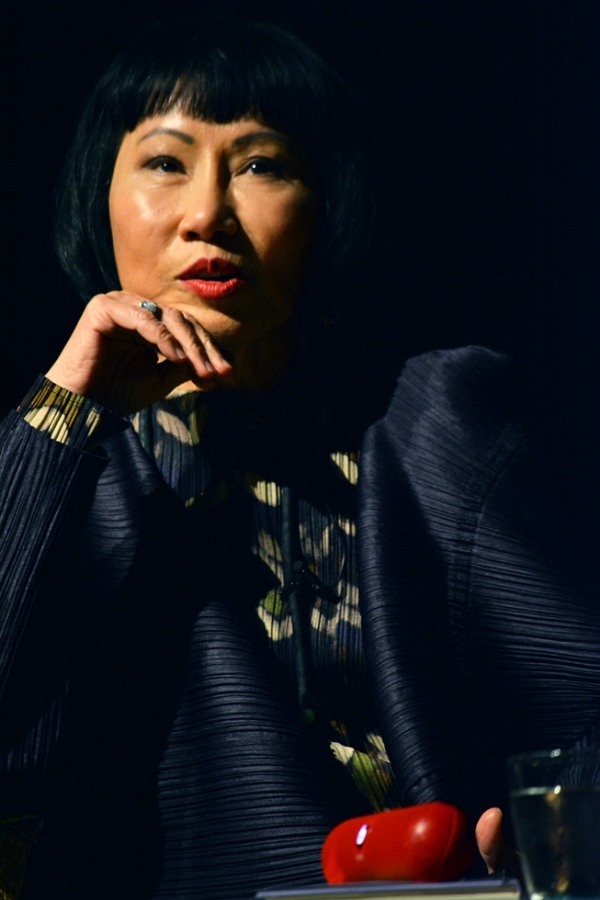 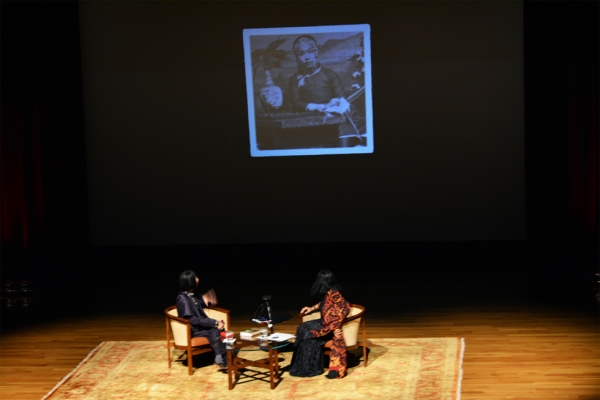 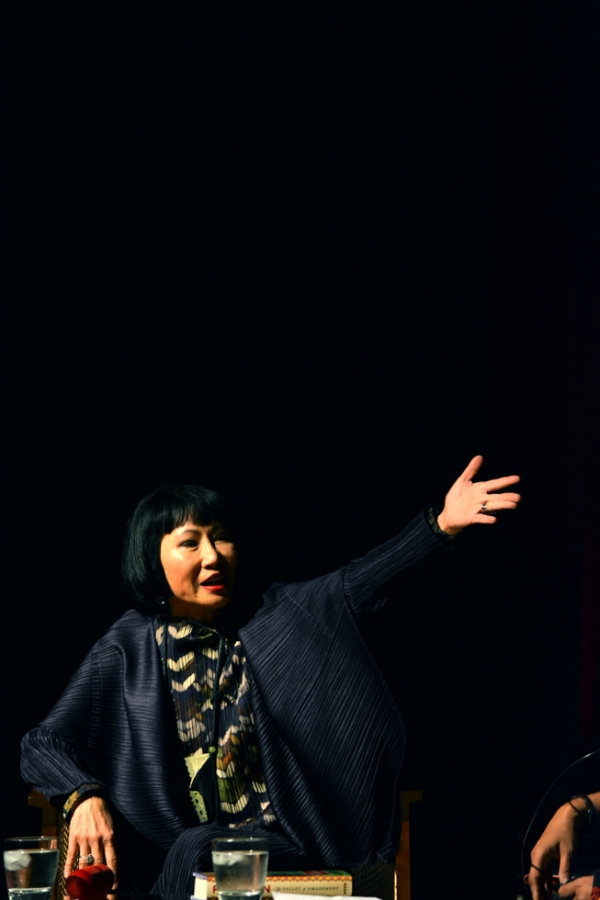 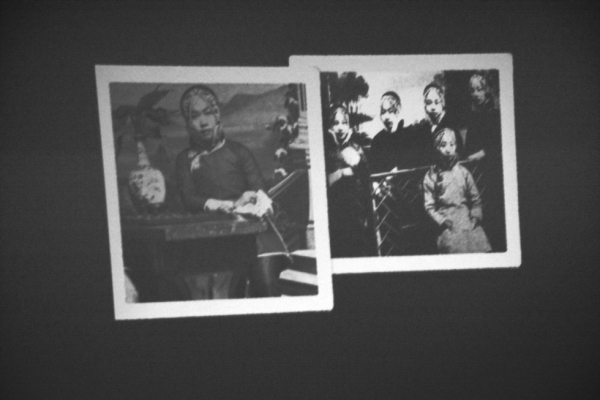 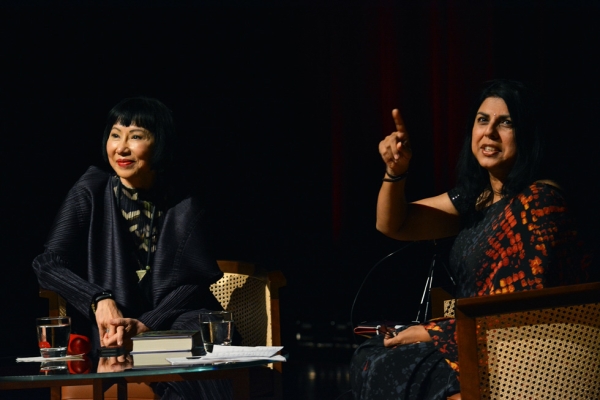 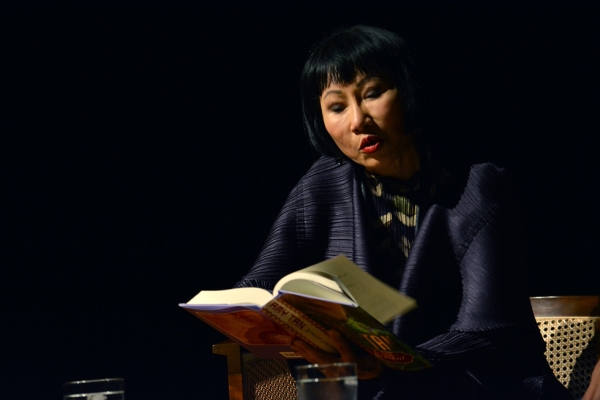 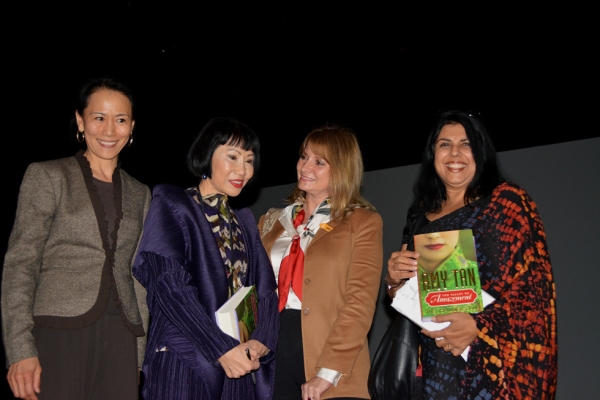 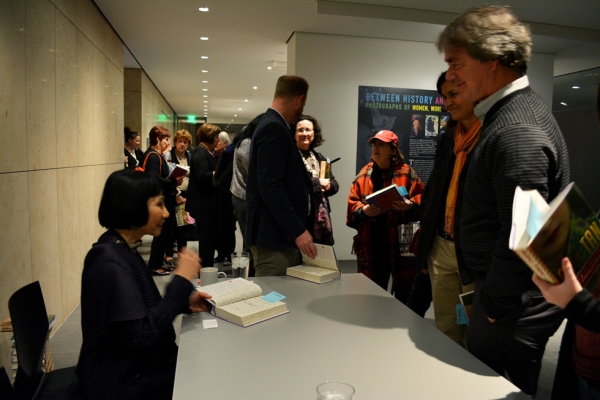 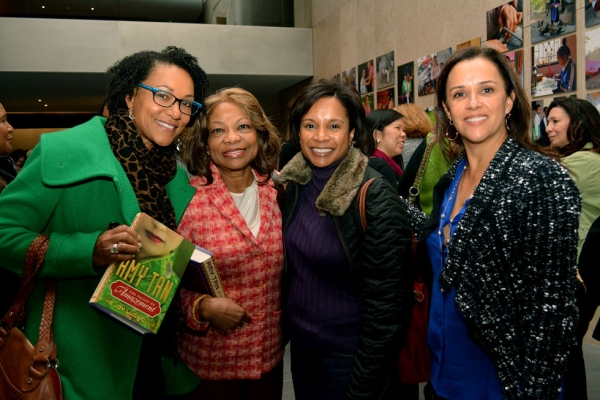 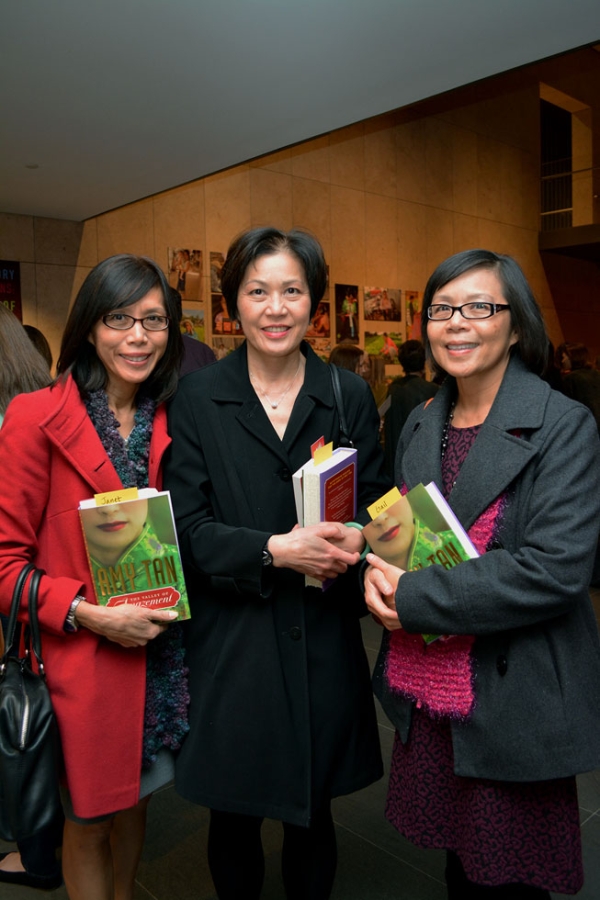 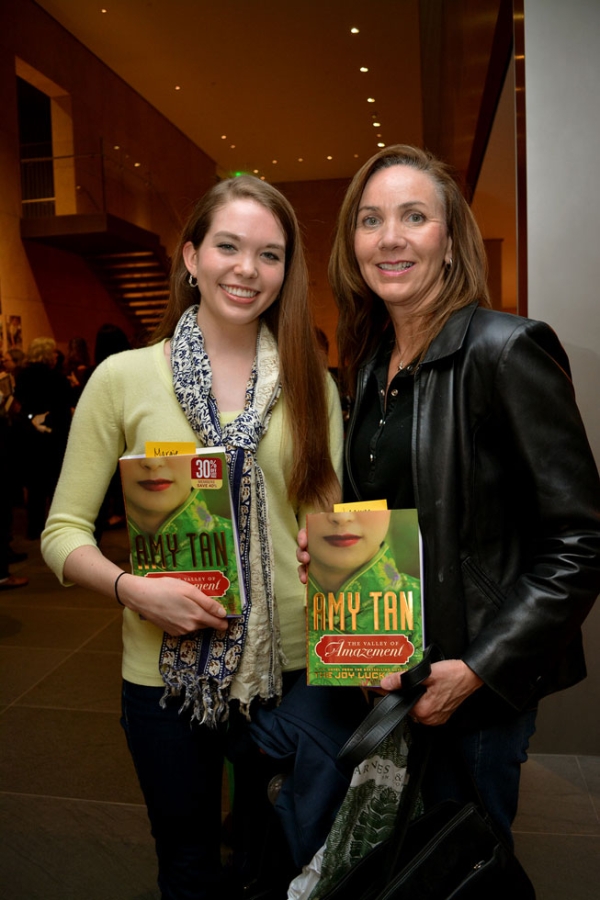 HOUSTON, December 16, 2013 — For many readers, Amy Tan owns the fictional terrain that explores the bond between mothers and daughters. It’s a theme that animates her best-known novels, including The Joy Luck Club and The Kitchen God’s Wife.

Tan, looking back over her six novels, puts it differently. They’re “about me,” she says.

“What I mean by that is that all my books have been about self-identity,” she told a packed house at Asia Society Texas Center. Her talk, moderated by friend and fellow novelist Chitra Divakaruni, marked the Houston launch of Tan’s new novel, The Valley of Amazement.

“People will say they’re about mothers and daughters, and that’s very true. It’s just that mothers have a huge influence on our self-identity, how we see ourselves.”

While The Valley of Amazement, eight years in the making, revisits these themes, it grew from a new and surprising family revelation.

Several years ago during a visit to China, as she leafed through a scholarly book on courtesan culture of old Shanghai, a 1910 photograph of “The Ten Beauties of Shanghai” caught Tan’s eye. She had seen the distinctive tight-fitting jackets and elaborately embroidered headbands worn by the women before. On another women, in a photo also taken in 1910 that had long been one of her favorites and that she kept on her writing desk for inspiration. A photograph of her maternal grandmother, who had died before she had been born.

Could her grandmother been a courtesan?

“I was shocked, baffled, filled with wonderment, and the excitement of a writer who has stumbled upon a mystery with the possibility of discovering new truth,” Tan later wrote about that moment.

Tan can’t prove definitively that her grandmother was a courtesan, but the photograph was enough to launch the plot of the new novel, which centers on a 14-year-old half-Chinese daughter of an American madam in Shanghai who is separated from her mother and forced to become a “virgin courtesan.” As in other of Tan’s novels, the action spans decades and moves between China and the United States, addressing the familiar theme of the immigrant experience and what it’s like to be Asian in a white culture. It is “a book about change,” Tan said.

“When you land on a different shore under different circumstances and all your past is taken away from you, you become this other person,” she said. “You have to remake yourself. And how do you do that and how do you think of yourself, especially when bad things start happening? How do you survive, what do you change in yourself and what things do you never change.”

The autobiographical roots of much of Tan’s work came up frequently during the talk.

“I always think I’m going to be done with the secrets in my family,” she said, laughing. “But they’ve really been the force behind many of these stories.”

Tan’s mother, married in China to a criminally abusive husband, abandoned him and her three daughters to come to the United States, where she married a Baptist minister, Amy Tan’s father. The mysterious maternal grandmother eventually committed suicide, a fact Tan did not learn from her mother until she was an adult.

Divakaruni noted that one thing sets The Valley of Amazement apart from Tan’s other work: the graphic sex, including countless colorful euphemisms for male and female sex organs.

More seriously, the sexual abuse her mother endured and the stories she heard as a child about her grandmother being raped made the subjugation of women in the sex trade a natural topic for fiction.

“All that has really made me very conscious of learning about what happens to women,” Tan said. “What has happened to women and what is happening now. The sex trade was huge in China at that time. About one out of every hundred women were involved in the sex trade, often because of desperation. And today it is a huge problem.”

Delving into her family doesn’t necessarily make for effortless story-telling. Tan said she could spend hours rewriting one page. Yet, there are periods when she can continuously compose for 20 hours.

Asked what her family members think when they find their “secrets” appropriated for fictional purposes, Tan said were fine with it, as long as the story is told with honesty and understanding. Speaking of the woman whom she never met but whose picture she cherishes, Tan said, “If my grandmother was anything like my mother, she was completely honest. As long as you told the truth, in context, you’re fine.”