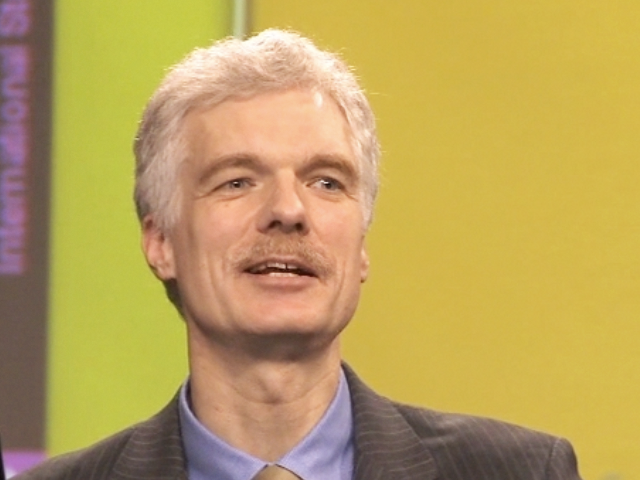 December 7, 2010, WASHINGTON, DC — In the developing knowledge economy, workers are expected not to take orders, but to think in complex ways with ever-changing variables. The profitable workplaces of the 21st century have a flat, collegial work environment, where employees are thinking about outcomes and principles--with an ever-changing set of variables. Employees are also expected to collaborate with peers and across disciplines. Being lifelong learners is a very important trait in this new world economy. Schools must prepare students for this new reality, according to Dr. Andreas Schleicher, head of the OECD Programme for International Student Assessment (PISA). And he has the data to back up his statement.

PISA is an international test administered to 15 year olds around the world. The test extrapolates what they know and requires them to apply critical thinking skills in novel situations. Some critics say the PISA tests are unfair, because students are not trained to think and learn in those ways. And that is Schleicher's point: life presents new situations all the time, and critical thinking skills are the best way to prepare a younger generation to be ready for a changing world.

To illustrate his point, Schleicher introduces data trends from the past decade. Ten years ago, the Internet was still young, and smart phones weren't invented. Although the world has changed considerably since 2000, students who applied critical thinking were able to adapt to a changing world and find success. Students who performed well on the PISA test in 2000 have shown exponentially better achievement in higher education and the workplace than those who did not score as well. The data shows that PISA tests are a successful predictor of how schools prepare their talent pools for the workforce. It also shows that, at age 15, students must have mastered this type of thinking; it's very unlikely to change after that age.

PISA, therefore, informs educators and policymakers what is achievable in education.

The data also shows that there is little correlation between spending and student achievement. This is true for both per pupil spending, and for a nation's wealth. Many high-achieving nations spend proportionately less on education than other countries who have lower rankings. In the United States, there is a higher correlation between socio-economic context and student achievement, but there are very notable exceptions of students who succeed on PISA and in life, against the odds. This is good news for poorer communities and nations.

PISA also shows how well a nation or education system uses its talent pool. If most or all students score consistently on the top end of the scale, rankings go up, and so does the nation or provincial economy. Shanghai, for instance, the top scorer in the 2009 PISA rankings, has a very diverse socio-economic student population. Some five million families are migrant workers, whose parents have little or no education. Through deliberate public policy, Shanghai has achieved high results throughout the region. For instance, in order for a school administrator to receive a promotion, the candidate must demonstrate that he or she is able to turn around a failing school. This policy, for one, is very replicable in other education systems.

Dr. Andreas Schleicher is the Head of the Indicators and Analysis Division, Directorate for Education, at the Organisation for Economic Cooperation and Development (OECD). Among his responsibilities is directing the Programme for International Student Assessment (PISA). Dr. Schleicher shared the PISA findings at an event co-sponsored by The Alliance for Excellent Education, Asia Society, Council of Chief State School Officers, Coalition for Economic Development, and the National Governors Association Center for Best Practices.

What is PISA and Why Does It Matter?