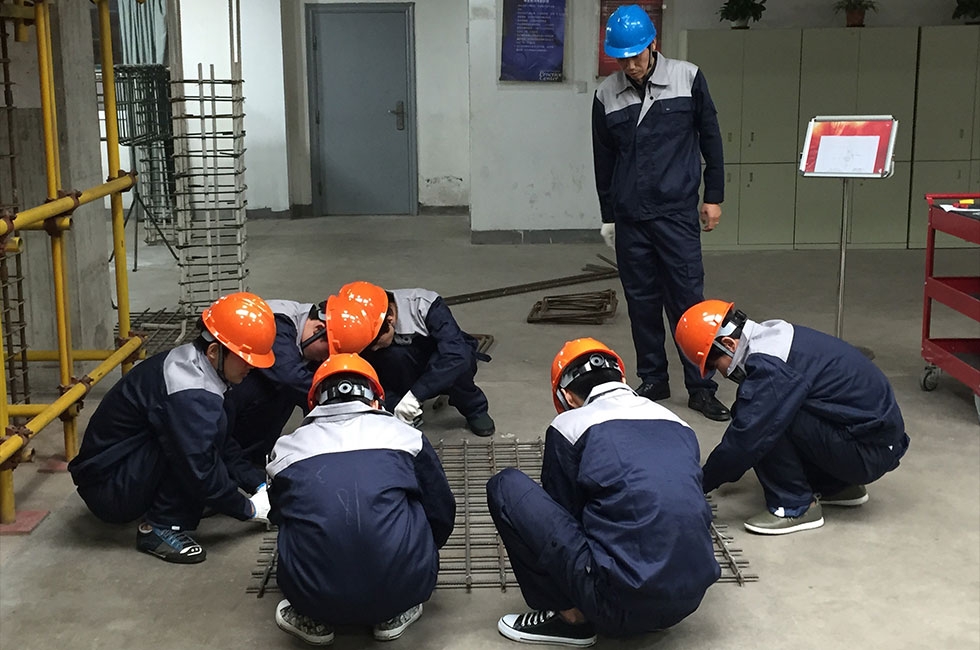 In the United States, there is a mismatch between the skills needed for open positions in the labor market and those of available workers. There is also growing recognition of the need for alternatives to traditional college pathways. These problems are not exclusive to the United States. In fact, around the world, vocational education and training systems (or career and technical education) are getting an upgrade. Vivien Stewart, Senior Advisor for Education, Asia Society, shares what the world's largest education system is doing to raise the quality of its workforce.

Shanghai Construction Group recruits more than 1,500 employees a year, about half from university and half from its own upper secondary vocational school and college. Students who attend the vocational school and college are drawn from those who did not do well enough in school to pursue an academic route to university. Most are from poor backgrounds, including rural students who board at the school. The curriculum includes math, Chinese, English, construction engineering, computer-aided design, and mechanics. In the third year, students do practical work in the company, rotating through several departments and receiving a stipend. The company employs about one-third of the graduates of the school and college, and many other companies come to the school to recruit its highly regarded graduates.

GCEN members were impressed that students work on the most up-to-date equipment and use cutting-edge construction simulations (e.g., for tunnel construction). Teachers in the school include construction managers from the company, as well as regular teachers with backgrounds in academic engineering who work in the company in the summer to keep their knowledge up to date. The school's curriculum is constantly adjusted to follow new developments in the construction industry, including those from the company's own research center on innovation in construction. Shanghai Construction Group is a strong believer in lifelong education and graduates of the secondary vocational school can rise through the ranks and may eventually be sent by the company to get a BA or MBA, often at institutions abroad.

All in all, the Shanghai Construction School is an impressive model of vocational education—imparting modern skills in high demand and providing social mobility to its graduates. But not all vocational and technical education in China is like this.

"Made in China" has become a ubiquitous label as China has become the manufacturing workshop of the world, powering three decades of astounding economic growth. But the label is often synonymous with low quality and China's surging economic growth has come at huge costs in terms of environmental degradation and inequality.

The global recession of 2008–2009 caused massive unemployment in China and created a sense of urgency about the need to shift from an economy based heavily on low-cost, low-skill manufacturing for export to an economy based on higher quality goods and services. To achieve this transition, China needs to massively ramp up its skill levels. Critical shortages of skilled workers, qualified technicians, and service providers exist in many industries including electronics and information technology, steel and equipment manufacturing, automobile repair, and hotels/tourism. Where are these skilled workers to come from?

China's vocational and technical education system has been plagued with problems, many of them similar to those here in the United States. It is widely viewed as a weak link in the education system and has low status in the public mind. As in the US, many of China's VET schools have had a narrow curriculum, relatively weak connections to industry, and lower funding than academic education. Teachers typically lack industry background and there are few pathways between vocational education and academic education. In China, there is a huge mismatch between employer expectations and the skills of graduates of both the academic and technical education systems—especially with regard to their inability to apply their knowledge.

China is now making a gigantic investment in VET, adopting a series of measures to greatly expand VET and improve its quality. High-level policy commitments and major funding from the national level are driving the construction of new facilities, purchases of new equipment, and subsidies for poorer students. Because of the vast differences in the economic development of different parts of China, no one model will fit all regions. So pilot projects have been started all over the country—to create pipelines of highly skilled workers in the major industries of each region and to serve as models and training bases for others. Many of these pilot projects have partnerships with institutions in other countries.

Beyond pilots in individual institutions, whole cities and provinces are developing new approaches. In Shanghai, for example, consortia have been developed to promote cooperation between companies and educational institutions in high-priority sectors such as healthcare, information technology, transportation, finance, and tourism. These consortia are establishing systems to give VET teachers industry experience, recruiting part-time teachers from industry, and piloting more applied university entrance exams that will build bridges for students from vocational education to higher education.

There is considerable variation in the design of vocational education and training systems around the world. Some, such as Singapore and China, are education based, while others, like Switzerland, are employer based. But in both models, there are certain characteristics that are key to world-class VET systems. As countries seek to upgrade their systems, they must:

A version of this article originally appeared on Education Week's Global Learning blog.

Other Articles by Vivien Stewart