The case for one million American students learning Mandarin by 2020 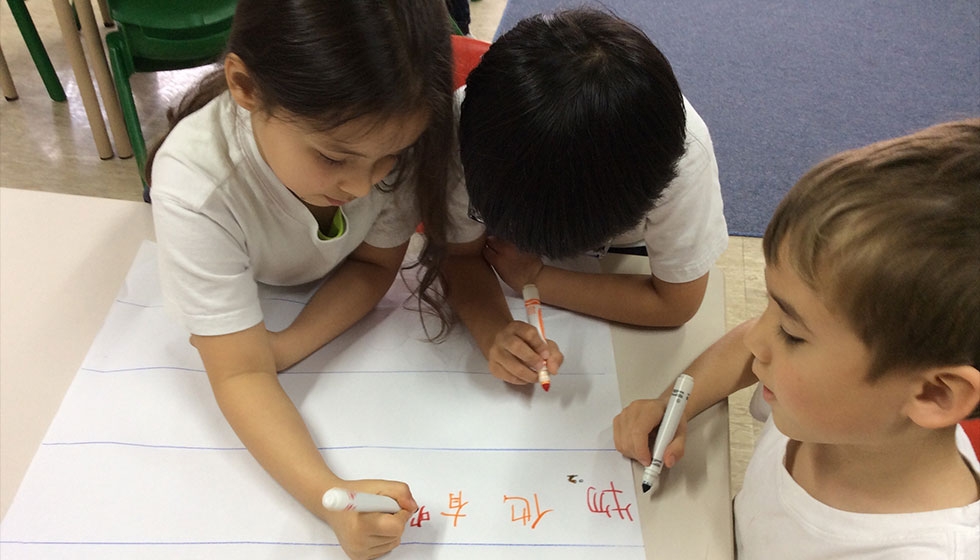 So many things were different then, in the mid 1950s, when Asia Society was born — not only in terms of politics, and the relative economic power of the U.S. and the nations of Asia.  Of course, few would have predicted that within a generation’s time, China would contribute roughly one-third of global economic growth, and lift millions of its people from poverty. In a different vein, few would have imagined an alternative to English as the lingua franca; and if they had, certainly that alternative would not likely have been Mandarin Chinese.

The National Chinese Language Conference (NCLC) provides a high–profile platform for sharing new ideas and best practices in the fields of Chinese language teaching and learning, Chinese arts and culture, and U.S.–China educational exchange. The ninth annual NCLC is organized by Asia Society and the College Board and will be held in Chicago, IL, April 28–30, 2016.Learn more

And yet, look at where we are today. Here, in 2016, one-fifth of humanity call Chinese the mother tongue, and in the socially and economically vibrant online and mobile world, Chinese-speaking internet users outnumber those of the U.S., India, and Japan combined. At the same time, more Chinese are learning English than there are people in the U.S. So there is also something of a tug-of-war at play, over whether young people in America, and indeed around the world, should be learning Chinese for future success.

Here are the beginnings of an answer, in a quote from the late Nelson Mandela: "If you talk to a man in a language he understands, that goes to his head. If you talk to him in his language, that goes to his heart." And here was U.S. Vice President Joe Biden, speaking during a visit to a Chinese university in 2011: “Speech — communication — is the currency of understanding. It's the currency with which we exchange ideas, from which flows the sense of whether one is being truthful or honest or sincere.”

The key messages here are that speaking another language is about much more than getting directions, or facilitating a deal. Language is a currency for trust, and respect; it provides bricks and mortar for building an ability to explore the beauty of diverse cultures, traditions, and historical perspectives.

The Asia Society hosts an annual National Chinese Language Conference, the largest such gathering on Mandarin teaching in North America, where more than 1,200 educators gather every year. At the 2014 conference, former Australian Prime Minister and current Asia Society Policy Institute President Kevin Rudd remarked that "learning another's language is a simple mark of respect." Rudd remains the only head of state of a major Western nation to have had fluency in Mandarin, and so his reflection was based on personal experience. Compared to conducting business or diplomacy through interpreters, Rudd argues that speaking the language of your counterpart leads to more effective exchanges, and far more rewarding results.

Speaking of interpreters, we should not underestimate the power of technology when it comes to facilitating exchanges across language barriers. I cannot wait till the day when advanced artificial intelligence and machine learning affords everyone a personal interpreter. But I would not trade that for the personal experience of learning to think and understand in another language. Foreign language study isn't just about training every student to replace a translator; it’s about building a society of citizens that invoke mutual trust, respect, and possess the disposition to collaborate. These are critical elements of a world seeking a shared sense and responsibility for security and prosperity. In September 2015, President Obama said at a joint press conference with visiting Chinese President Xi Jinping, “If our countries are going to do more together around the world, then speaking each other’s language, truly understanding each other, is a good place to start.”

Finally, from a purely personal development and fulfillment perspective, learning to speak Chinese is like acquiring a new spice to a cook, a new palette to a painter, a new instrument to an orchestra, a new lens to a camera. We can’t augment our taste buds, cochlea, or retina, but luckily, when it comes to speech, we can literally acquire a new tongue.

President Obama also recently set a goal of one million American students learning Mandarin by 2020. Asia Society is a recognized and respected partner in this effort. Over the last decade, Asia Society has led efforts to build a movement in the U.S. to raise awareness of the importance of learning Chinese, and to improve the capacity and quality of Mandarin programs across the country. Today, Asia Society improves and enriches Mandarin programs in 100 schools and districts across 27 states and Washington, D.C., where more than 30,000 students are learning the language. Our efforts extend to fostering sister school connections, through which American students have the opportunity to connect and collaborate with their peers in China.

We believe that making sure more of our young people learn and master a global language affords them not only advantages in career opportunities, but also the lifelong gift of fostering tolerance, sensitivity, and curiosity.

Put simply, with every passing day it becomes clearer, and easier to make the case: The future really does speak Chinese; and that future holds more promise for the United States, if more of its citizens become students of the language.