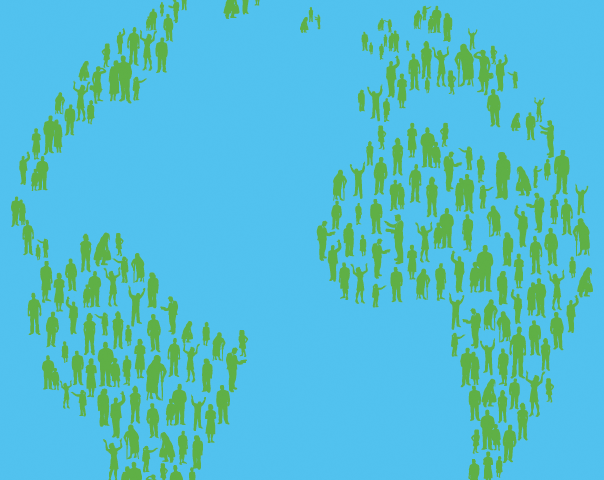 December 8, 2010, Washington, DC — PISA is an enormously valuable mechanism. It provides the foundation for a serious dialogue among nations on what works in education, and how those successes can be adapted to different geographic, cultural and political contexts.

The recently released 2009 PISA results are grounds for both optimism and concern for the United States. The data shows that the US ranked 17th in science, which is an improvement from 21st in 2006. Much of these gains come from improvement among the lowest-performing students.

But performance in reading and math remains relatively flat. The US ranked 14th in reading, virtually the same ranking as the 2003 test which is the most recent comparable test for the US; and 25th in mathematics, the same ranking as in 2006. These rankings are average or below average compared to other OECD countries.

Equity in performance among US students remains a major issue. Student performance varies widely within the US from region to region—meaning, ultimately, that students in some states are going to be more competitive within a global economy than students in other states.

Student performance is tied more directly to family income status in the US than in the highest-performing countries. Sadly, our poor families are receiving a sub-standard education compared to others in the world.

But what the data also show is that there are American schools and school systems that beat the odds; where low-income students do perform at high levels. It isn’t that we don’t know how to educate poor children well, we just don’t seem to know how to do it consistently.

Another notable finding in the 2009 PISA data is the rise of Asia. Among the top scorers in all three subjects were Asian countries and provinces, led by Shanghai and Hong Kong and followed by Singapore, Korea and Japan.

If you take the average of scores in reading, math and science for each of the 65 nations or provinces taking PISA in 2009, and rank them all on that composite average, eight of the top ten are Asia-Pacific nations or provinces. The United States would rank 26th.

The rise of education in Asia is no accident. It reflects policies and national investment strategies that recognize the tight link between the quality of education and growth in the economy. The most advanced Asian nations live by what we used to take for granted but seem to have lost sight of: good jobs and a rising standard of living require high-quality education for every student.

A recent study by OECD shows what an enormous benefit improving student performance could have for the economy. The study suggests that raising average PISA scores by 25 points over the next 20 years could imply a gain of $41 trillion for the US economy over the lifetime of the generation born in 2010.

Asian nations have aligned their education goals to economic development and built strong school systems by scouring the world, including the United States, for effective practices and weaving them together in ways that mesh with their cultural values.

High-performing Asian school systems, like high-performing nations elsewhere in the world, truly have a global orientation. Policymakers consistently benchmark their systems against international standards, teachers and principals are encouraged to learn about the world, students learn a great deal more about the rest of the world than in the US and all are expected to learn a second language from an early age.

Indeed, while not measured by PISA, the US is considerably behind in language skills. According to figures just released by the American Council on the Teaching of Foreign Languages, only 18% of US students study a foreign language. That’s a disturbing statistic when the business and defense communities are telling us that knowing more languages means more dollars for American business and more security for US citizens. Learn more and sound off on this issue.

Learning world languages is a key element of what it means for students to be globally competent: to be able to frame and investigate issues of global significance, weigh perspectives, communicate across cultural and linguistic boundaries and take action on global issues, be they across the planet or in the neighborhood.

At Asia Society, we’ve worked over the past seven years with school districts to create a network of schools called the International Studies Schools Network where every student is involved in language study, and where developing students’ global competence is at the center of a rigorous, college preparatory curriculum. It was encouraging to hear Secretary Duncan say this morning that it is hugely important to expose students to the world around them if they are to be successful in a global economy.

The school network we have helped create is but one of a great many schools and school systems in the US and worldwide that are combining academic rigor for all students with a global outlook. When the US created its current education system 100 years ago that has led to a century of American greatness, we borrowed ideas from the leading nations of that era. Now, as Secretary Duncan said this morning, “We have a great deal to learn from other nations that are out-educating us today.”

The 2009 PISA results come at an extremely important moment in US education policy. Congress and the Obama Administration have an historic opportunity to come together and forge a bipartisan agreement on reauthorization of the Elementary and Secondary Education Act. A new No Child Left Behind law can and should draw on the lessons of PISA to ensure that all our students graduate ready for college and are on the path to being productive citizens of the global innovation age.