A Study of International Learning Communities 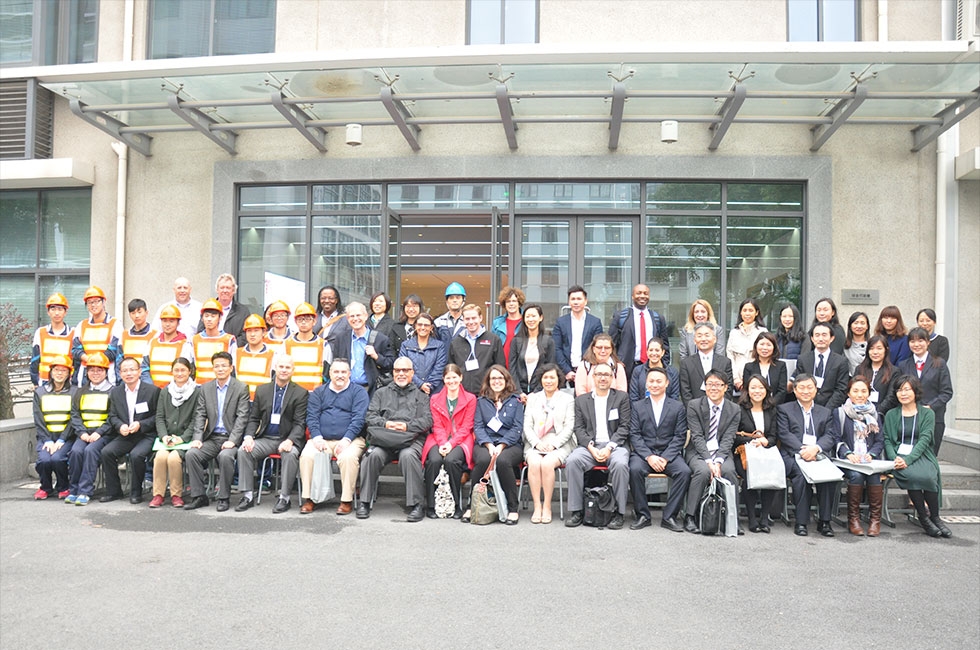 Amelia Peterson, PhD student at Harvard, and Jal Mehta, Associate Professor of Education at Harvard, reflect on an ongoing project in which they are investigating the learning experiences of participants in international learning communities. International learning communities, including Asia Society's Global Cities Education Network, work to create spaces in which education system leaders around the world learn together and from each other.

By Amelia Peterson and Jal Mehta

Interest in learning across national systems has increased over the last several years. Building on a previous post on Education Week's Learning Deeply blog, we try to reflect in this article on what participants in global networks can learn from one another. In addition, we explore the limits are of such policy borrowing and draw on our in-progress, interview-based study of these types of communities.

We have identified three kinds of learning that we see in these networks: instrumental, socialized, and self-authoring, which draw on the categories that our colleague Bob Kegan has used to understand different phases of adult development. More on those terms as we use them below.

The first level we describe as instrumental learning. This is where participants are using the community to learn concrete, specific things, which they can apply to their own system. This is akin to seeking best practices from other systems. In GCEN, this type of learning has been concentrated in working groups, where participants focus on a sub-system of education.

At the 2015 GCEN symposium in Shanghai, participants in the working group focused on career and technical education (CTE) found similarities in the broad structure of CTE systems across cities, and so they were able to spot 'micro strategies' that could be taken from one system and slotted into another.

In contrast, participants in the professional learning working group found it was not straightforward to transplant ideas from other systems into their own, due to the extent to which professional learning strategies are closely linked with all other parts of an education system. These participants found this group more useful as a forum to get critical feedback on their own strategies. Thus we found that this kind of instrumental learning worked best when focused on a sub or modular part of the system; it was less useful when the system itself would need to be changed to incorporate the practice.

Participants described how discussions of these topics have matured over time, from initial discussions where no one had very clear definitions, to a point where several cities have robust models of how they are defining these competencies and what it means for practice.

Although they claim that they do not expect their definitions to all look the same, participants nevertheless recognize that these new concepts call for collaborative international thinking. As one described it, a driving reason for joining GCEN was the realization that, "If we're going to talk global education, why aren't we getting outside of our country and looking at this from a more global perspective?"

The first two types of learning correspond with much of what was intended in the construction of these networks: a chance for mutual exchange and common problem-solving. The third type of learning came as more of a surprise. As participants described their most influential experiences at GCEN, many of them reflected on how it helped them better understand their own system. Much as immigrants can see aspects of their new nations that are invisible to natives, examining systems from abroad helped them see aspects of their own systems anew.

We call this self-authoring learning, using a phrase popularized by developmental psychologist Robert Kegan. In studying adult development, Kegan noted that there were systematic differences in the way adults approach daily challenges. Some experience the world as a concrete and fixed environment, and try to do their best with what comes their way. Others see also the social world, and their efforts are directed toward responding to the values and beliefs of others. The final set are aware of these social forces, but see the world as an 'object' or system, a set of relationships that can be intervened in. Kegan called this final stage the 'self-authoring' mind, to distinguish it from the socialized mind most of us exist in.

Kegan and colleagues have used these findings to study how leaders take on the 'adaptive' challenges of changing large organizations or institutions. They posit that a self-authoring mind is fundamental to be able to engage in the hardest part of change: questioning the values, beliefs, and habits of the existing system.

There were several ways in which engaging in meetings helped participants to develop a self-authoring perspective. In coming to a new jurisdiction, participants were able to see the relationships between components of public education that are obscured by familiarity in their own systems.

Each new city is an example of how the pieces fit together. As one said, "It's helpful to see how other people have organized systems. It's most impactful to see how they organize systems of systems." The power of coherence across these systems comes alive on visits to large districts or city-states that have worked intensively on jurisdiction-wide strategies.

Several participants commented on this experience in Toronto, where, as one visitor described it: "They changed from a very operational mindset in solving school problems, to a very impressive culture of learning at every level." By combining high-level presentations with schools visits, and the chance to observe conversations between people working in different parts of the system, the visitors observed the shared culture and expectations "from the superintendent to the principal to the school...you could see it."

Interrogating the choices of other systems also revealed the choices—often unspoken choices—made in participants' own systems. In Shanghai, for example, many were struck by the large class sizes. In coming to understand the reasoning behind that—that it allows teachers more non-instructional time to engage in collaborative lesson planning and giving feedback to students—they reflected on the advantages and disadvantages of this trade off.

In this respect, an important part of learning in the network is the requirement that participants teach others about their own strategies. Participants reflected on the importance of having to articulate what they were doing in their own systems. One participant reflected that, "[In] saying it out loud, we then found ourselves questioning 'Well actually, why do we do it that way?'" She described this back and forth as "a sort of metacognition." That kind of metacognition on a grand scale—where we start to consider the underlying assumptions of our own context—is exactly what Kegan describes as the self-authoring mind.

Conclusion: Making the Most of Cross-National Learning

The challenges facing education systems are so complex that each of the types of learning can serve a purpose. To make full use of the products of instrumental or socialized learning, however, Kegan would suggest it is necessary to develop the self-authoring perspective: in order to bring something new into a system, one first has to see the system for what it is. Providing the opportunity for system leaders to develop a self-authoring mind therefore may be the most important function of international learning communities.

A version of this article originally appeared on Education Week’s Global Learning blog.