Preparing Students for the 21st Century 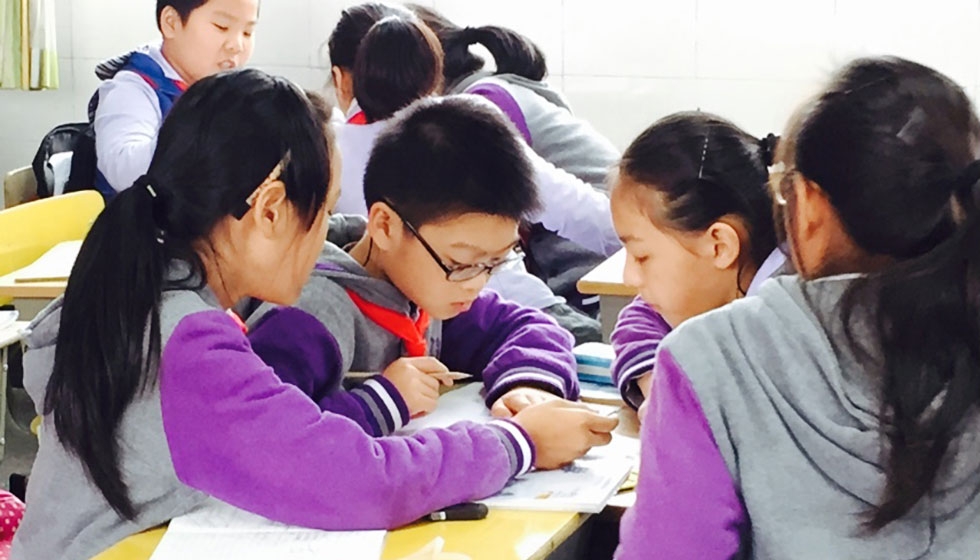 At a recent meeting of Asia Society's Global Cities Education Network, the American cities of New York, Denver, and Seattle, as well as the Asian cities of Singapore, Hiroshima, Shanghai, and Seoul, shared their strategies and challenges in integrating 21st century competencies into their school systems. Vivien Stewart, Senior Advisor, Asia Society, explains.

Many countries are urgently trying to reduce the gap between what modern societies and economies demand of their citizens and what today's school systems deliver. There is a clear consensus across countries that educational success in the 21st century must include achievement on a broad set of outcomes. This requires redefining which academic outcomes are important, as well as identifying new outcomes that go beyond academics. The new goals for education reform have different names around the world, but they generally are referred to as 21st century competencies, in reference to the changing world that the next generation will enter when they leave school.

There is no single international definition of 21st century competencies, but there are common elements among countries' goals. These generally include cognitive skills that go beyond mastery of academic content, such as critical thinking, problem solving, and creativity. They also include interpersonal and intrapersonal skills, such as communication and collaboration, cross-cultural awareness, self-direction, motivation, and learning how to learn—sometimes called social-emotional competencies. Different countries put weight on different elements, based on their own cultures, traditions, and analyses of the social and economic challenges they are facing.

From Advocacy to Implementation

The rhetoric of 21st century competencies has been around for some time. Now, education systems are tackling the harder job of moving from advocacy to implementation of actionable goals. Some of the cities in the Global Cities Education Network are conducting pilots in particular curricular areas or innovative schools to test "proof of concept," while other cities are beginning implementation at larger scale systemwide. For example:

Singapore has taken a comprehensive systems approach to integration of 21st century competencies. As a city-state with a small population and few natural resources, it underwent long process of consensus building focused on developing its human capital for the new global economy, a process which included education as well as the larger society. This led to a new vision for education that encompassed both cognitive and social-emotional competencies. Singapore's goals for its students are that they be "confident and independent thinkers, self-directed learners, active contributors, and concerned citizens." These constructs have now been integrated across curriculum areas through teaching and learning guides and syllabi, schools and classrooms have been redesigned to promote more student-centered pedagogy, and a significant expansion of arts and co-curricular activities has taken place as part of character and citizenship education. These changes include the deliberate design of inquiry-based learning activities to make 21st century competencies visible, and to provide formative feedback to students, in both classroom settings as well as in co-curricular activities. Partnerships with relevant stakeholders help ensure consistency, including the co-construction of learning opportunities and the establishment of learning communities among schools and community partners.

New York City has created a research-based career and college readiness framework to promote academic and personal behaviors such as persistence, engagement, work habits, communication and collaboration, and self-regulation. This has been piloted in more than 40 schools since 2012, with classroom supports for teachers and a data system that tracks selected indicators of these goals. Also, in recognition that social-emotional behaviors are often developed outside the classroom and that there is an estimated 6,000-hour out-of-school learning gap between middle-income and low-income students, an important dimension of New York's initiative is a strategic partnership with a citywide network of over 900 afterschool programs. The overall goal is an expanded learning day that runs until 6 pm for all students, and that encompasses both academic and social-emotional goals. New York has also established a Student Agency Improvement Community to build the practical skills of teachers and to align student agency interventions with new, more rigorous curricula.

Denver is in the beginning stages of a systemwide approach that sets common priorities but allows schools to customize implementation. Last year, the school board committed to the goal of supporting the growth of the whole child, centered on "personal success factors," such as optimism, curiosity, zest, self-control, gratitude, grit, and social intelligence. Schools identify their core challenge and then review school data, experiences of students, and assets of the community to determine their goals. School-by-school data will be collected formatively to inform the development of these school action plans that can draw from a menu of supports from the district and local community organizations. Denver believes they are now poised to use baseline data to move from what was once isolated practice to a systemic way of changing the learning experience for all students.

In Seoul, students are at the top of the charts on international measures of academic performance but student motivation and happiness are dramatically low. Overall, there is recognition that teachers need to transition from knowledge delivery to facilitation of learning. As a result, several pilots are attempting to shift the culture from academics to a broader set of outcomes. In an examination-driven system, an exam-free semester has been introduced in middle schools to allow students to widen their interests in a risk-free environment. Arts and humanities have been added to the traditional science and math-heavy curriculum to foster creativity and student engagement. Extracurricular activities are being expanded with an emphasis on student self-governance and "talent donation," or voluntary community service, which allows students to develop and demonstrate 21st century competencies. And in an attempt to leverage system change, extracurricular activities, not just exam results, are now being reflected in university entrance procedures.

Hiroshima noted similar challenges with student motivation, and with the transfer of knowledge and skills to real-world applications. They are focusing on four areas for education reform: knowledge, skills, values and ethics, as well as motivation and attitude. The system supports each school to choose which specific competencies they need to foster according to their student population and school mission, but the schools must cover all four areas. The goal in Hiroshima is for teachers to integrate these competencies across school activities, not only in specialized programs, through a cohort model of teacher training seminar and through the development of a new school model focused on project-based learning. Hiroshima is also developing and piloting new assessment systems that will involve self-assessment on rubrics, peer assessment through reflection, and a technology-enabled portfolio assessment.

In Seattle, the school system is scaling an approach that came out of research from the youth development field. The pilot involved collaboration between certified teachers, community educators, and youth-serving organizations to develop students' creativity through arts education across schools from K-12. Through a review of the research, Seattle is focusing on six 21st century competencies, including creative thinking, critical thinking, communication, collaboration, perseverance, and growth mindset. The pilot provided joint professional learning for teachers and community educators, and baseline and cornerstone assessments (both formative and summative) with related observation tools. This approach has now been embedded in the district strategic plan to take it to scale, with a focus on what changes will be necessary to implement in other subject areas outside the arts and with new community partners.

Shanghai, the host city for the GCEN meeting, has no integrated definition of 21st century competencies per se, but a number of recent reforms are in line with many of the concepts. For example, weakness in problem-solving skills identified by the Programme for International Student Assessment (PISA) has led to a focus on application of knowledge. Teacher training is focusing on embedding 21st century competencies, such as critical thinking, into subject teaching through project-based learning. Afterschool activities and additional courses beyond the core have been introduced to broaden choices for students. And another high priority for schools is to develop a more global perspective. Shanghai's longer-term educational plan includes a central focus on innovation, lifelong learning, citizenship, and character education.

Challenges and Next Steps

As the Global Cities Education Network has demonstrated, education systems worldwide have similar goals with respect to 21st century competencies but different paths to implementation because of differences in their local contexts. Nevertheless, as the cities discussed their experiences, it was clear that there are similar underlying challenges and gaps that need to be addressed, including:

While no single city has solved all of these challenges, there is robust work in progress across all of the cities on these elements. Sharing and synthesizing this work across systems will be essential if we are to move 21st century competencies from rhetoric to reality—and close the gap between what young people will need tomorrow and what today's school systems can deliver.

A version of this article also appeared on Education Week's Global Learning blog.