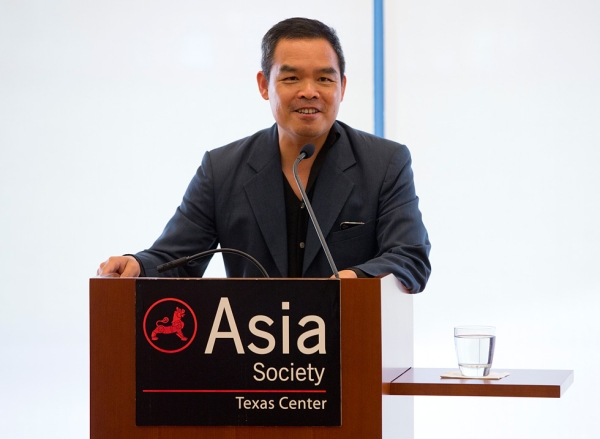 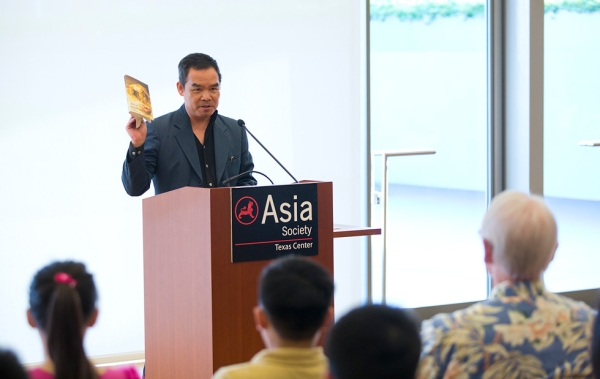 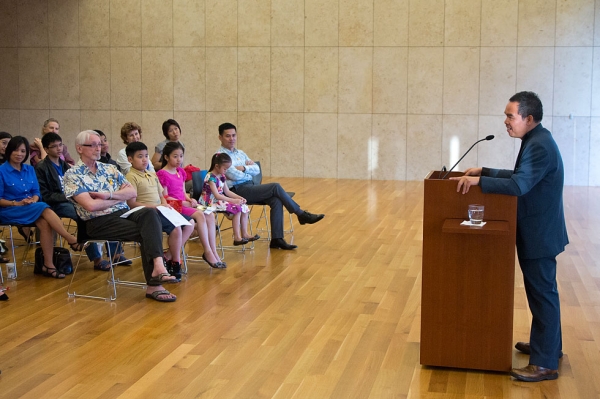 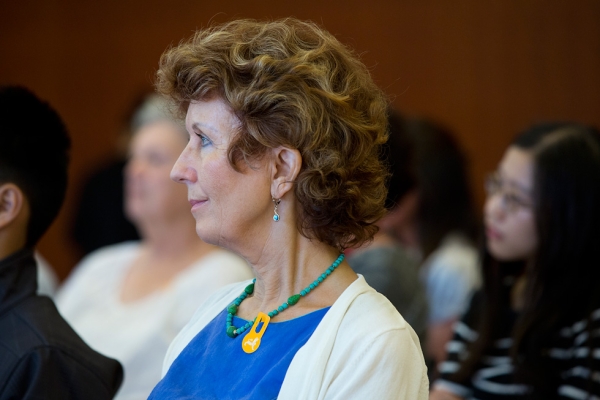 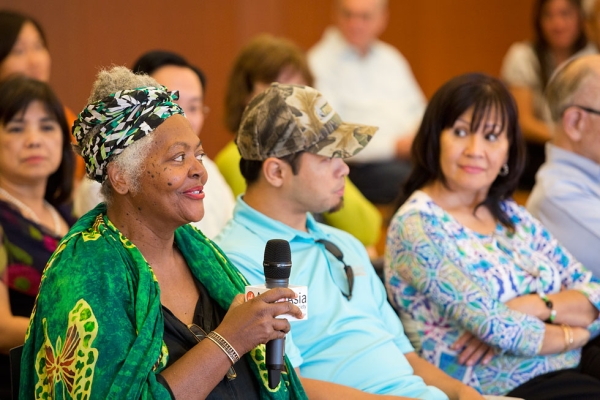 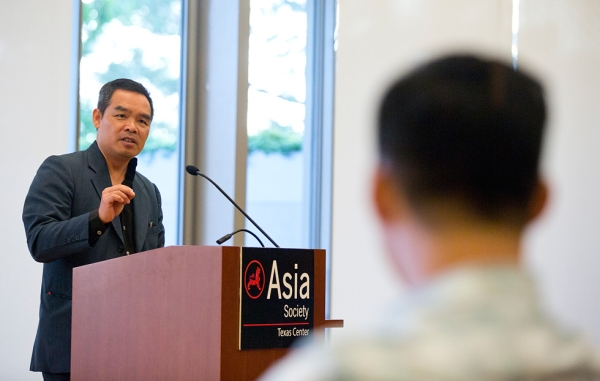 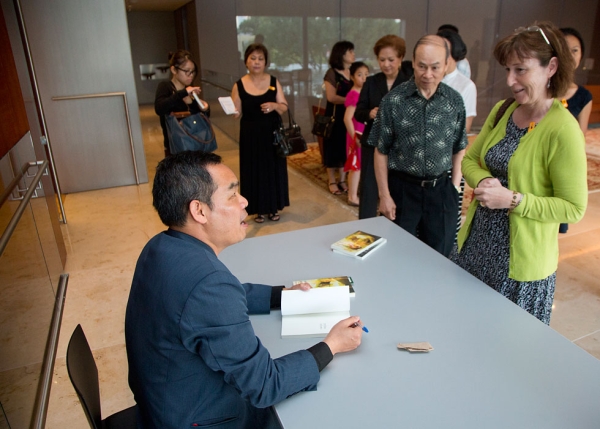 “What fiction does that you just can’t do in journalism is let you assume the secret knowledge of the people you write about,” Lam told an Asia Society Texas Center audience.

But some things haven’t changed. As in his memoir Perfume Dreams: Reflections on the Vietnamese Diaspora and his essay collection East Eats West: Writing in Two Hemispheres, Lam plumbs the mysteries of memory, loss, hope, and identity — the secret knowledge of Vietnamese refugees cast on America’s shores by the Vietnam War.

It’s a knowledge Lam himself shares. His family fled South Vietnam in 1975, two days before the fall of Saigon. Lam was 11, “old enough to remember Vietnam but young enough to embrace America and be shaped by it.”

He prefaced his reading of a short story from the new collection with an account of how he became a writer. He had attended the University of California at Berkeley planning to be a physician — an occupation choice wholeheartedly endorsed by his parents.

A failed romance derailed his medical career and changed his life. To ease his heartbreak he tried writing about it. But he found himself writing not about losing your love but about losing your country, of becoming an exile. He found himself writing about an 11-year-old boy, his former self, standing in a refugee camp, listening to the news of Saigon’s fall and to the weeping of his elders bereft by the knowledge they could never go back.

The loss of Vietnam and the impact that has had on the Vietnamese in America forms the leading thread in Lam’s writing, including the new story collection. The Palmist, the story he read, centers on a chance encounter on a San Francisco bus between an aging Vietnamese palm-reader and a California teenager. The encounter transforms the young man’s life and turns the old man’s terrible losses into a promise of the future.

Lam concluded by saying that transformation is what he strives for in his fiction:

“Where there is hope there is a way out of sadness and horror that comes with recognition and forgiveness,” he said. “That to me is the central theme of the stories that I write.”