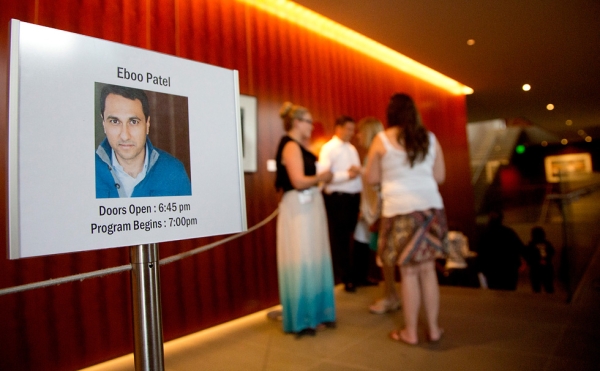 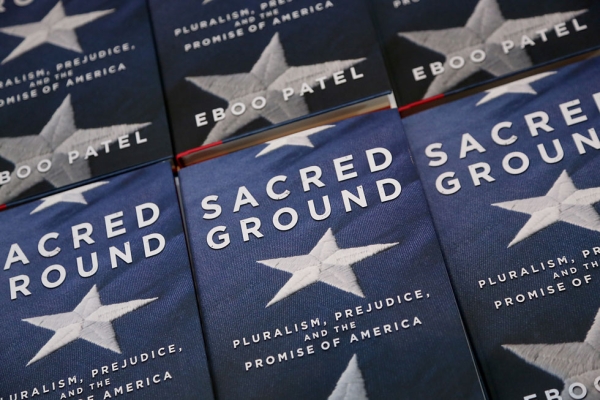 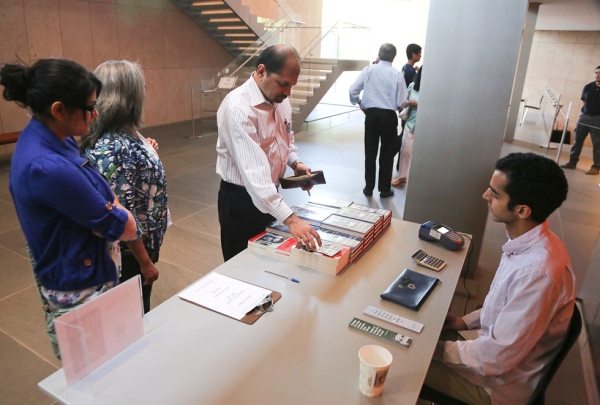 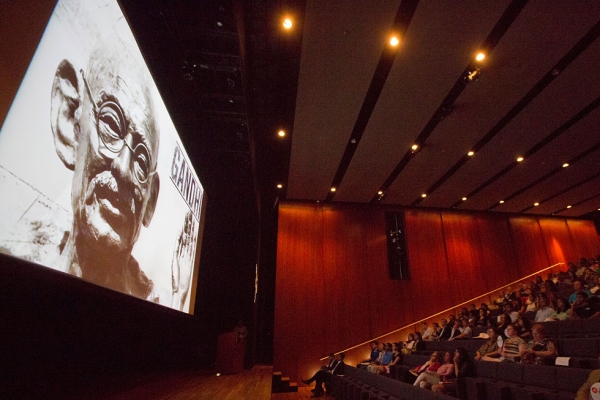 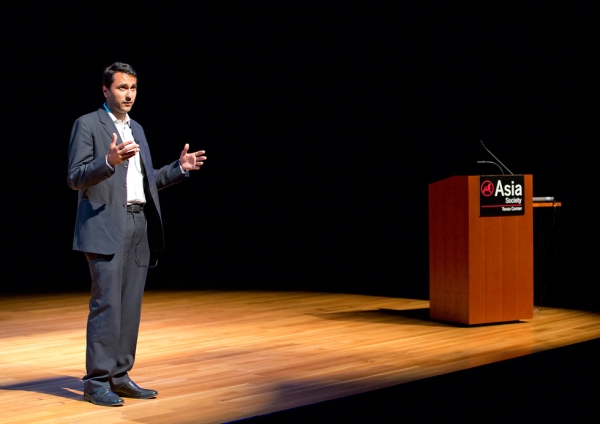 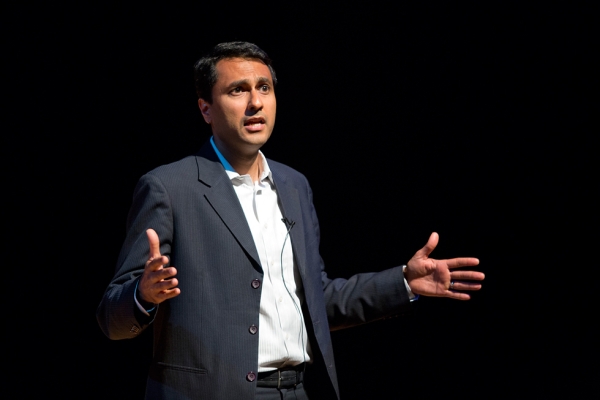 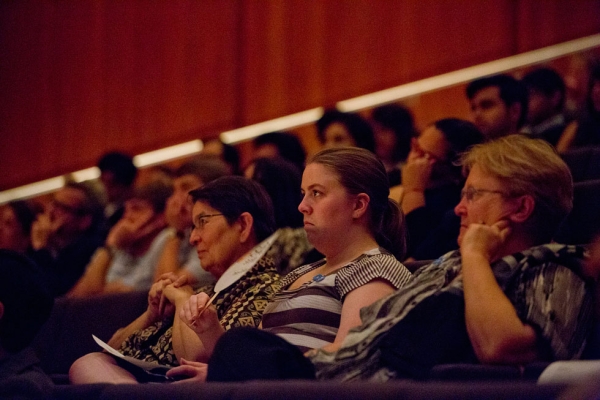 HOUSTON, June 12, 2013 — “The most American thing you can do is stand up for someone not like you,” interfaith activist Eboo Patel says, citing the example of New York Mayor Michael Bloomberg’s outspoken support of a controversial Muslim cultural center planned for lower Manhattan.

“We’re responsible for speaking up,” he told an audience at Asia Society Texas Center. “It’s a beautiful responsibility. It’s one I think I owe my nation and my world because I am and American and people have stood up for me and because I am a Muslim.”

Patel, an American Ismaili, is founder and president of the Chicago-based Interfaith Youth Core and served on President Obama’s inaugural Faith Committee. A former Rhodes Scholar with a Ph.D. in the sociology of religion, he is the author of two books, including last year’s Sacred Ground: Pluralism, Prejudice and the Promise of America, and over the past decade has emerged as a passionate and articulate advocate of religious pluralism.

Speaking without notes a relaxed Patel delivered a wide-ranging talk drawing heavily on family experiences and his work on interfaith projects. While Americans have become sensitive to the fault lines of race, gender, and ethnicity, he said, they lack a “radar screen for religious diversity issues.” As a result they often allow religious persecution to go unchallenged. He cited a painful example from his own life – in high school he looked on silently as bullies taunted a Jewish friend. Later the friend told Patel the worst part had been “watching you watching it all happen and doing nothing about it.”

A society as diverse as the United States must embrace religious and cultural pluralism, he said, placing pluralism midway between assimilationism, which seeks to smooth away all differences between peoples, and tribalism, which views differences as all-defining. He quoted approvingly political philosopher Michael Walzer, who wrote that a diverse society must “embrace its differences while maintaining a common life.”

Patel encouraged Muslims to learn from the example of African American civil rights leaders, who did not denounce the Constitution but urged the country to live up to its unfulfilled promise of equality and dignity for all. He also approvingly noted the practice of Catholic universities of educating people of all faiths.

“In America we invest in institutions that do not just serve ourselves. We don’t just build bubbles, we build bridges to serve others as well,” he said.

He strongly defended the proposed Cordoba House that Imam Feisal Abdul Rauf, a moderate Muslim cleric, planned to build near his mosque a few blocks from Ground Zero in Manhattan. Patel likened the center, named for the medieval-era Muslim capital of Al-Andalus in southern Spain where Muslims, Christians and Jews lived together in relative peace, to New York’s Jewish Community Center. Mayor Bloomberg among others vocally supported the center, which ran into stiff opposition. Like its medieval namesake, the proposed center would have “embodied the Muslim ethic of pluralism,” Patel said.

In responding to audience questions Patel acknowledged the Islamic world is in a virtual state of civil war between both Shia and Sunnis and moderates and extremists. The rivalry between Shia-dominated Iran and Sunni-dominated Saudi Arabia fuels rivalries between ethnic and religious groups jockeying for power in Egypt, Syria, Libya, Tunisia, Iraq, Afghanistan, all of which are countries in flux.

“I do not relish saying it, but you have to look at the hard truth,” he said.

That said, the thrust of Patel’s remarks was upbeat.

“The forces of pluralism have been battling the forces of prejudice from the beginning,” he said. “In almost every chapter of American history the good guys have won.”