[WEBCAST] Is the Second Wave of COVID-19 Cases Inevitable? 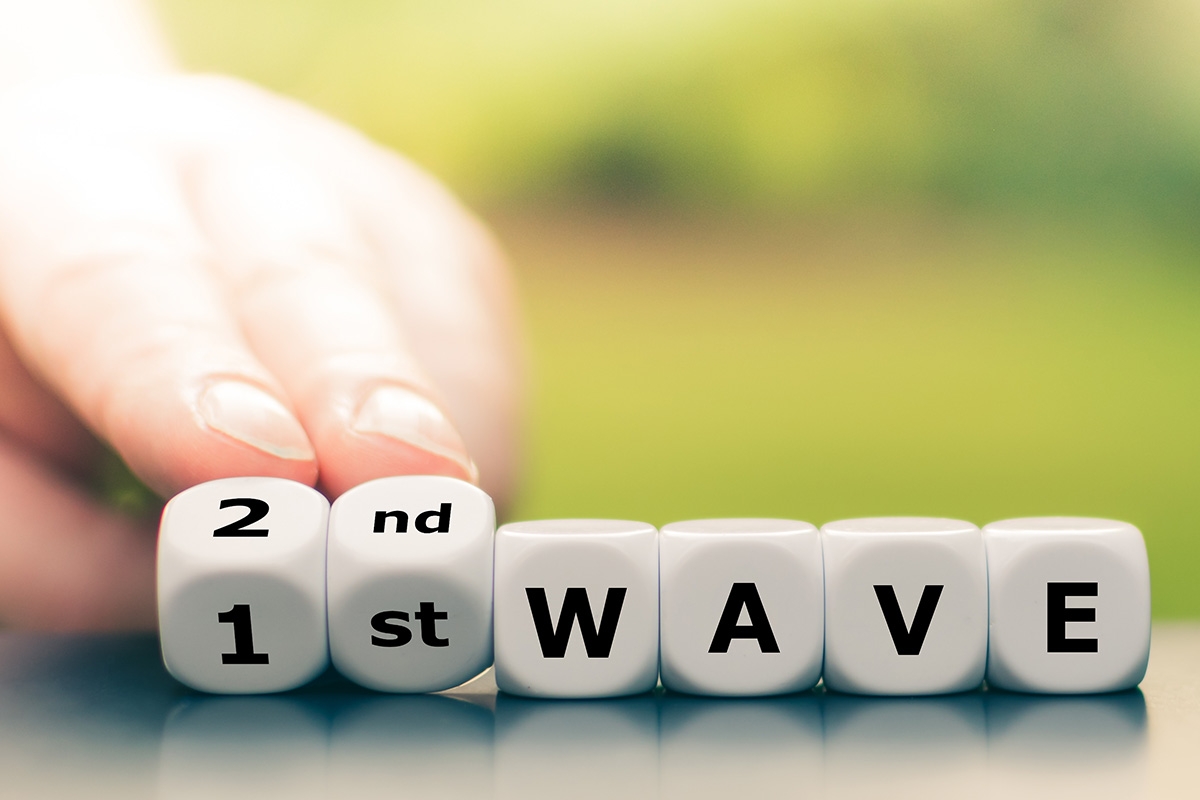 Tune in Thursday, June 4, at 7:30 p.m. CT for a live video webcast. We invite audience questions via YouTube Live and Facebook Live.

Epidemiologists have reported that a vaccine for COVID-19 will take 12-18 months to develop. In the meantime, infectious disease expert Dr. Anthony Fauci, director of the National Institute of Allergy and Infectious Diseases, has warned that the virus is unlikely to be contained around the world this year. In such a case, the lifting of stay-at-home orders may trigger a reemergence of the virus and renewed outbreaks, leading to an upswing of cases that could once again overwhelm hospitals and communities.

From grocery stores, retailers, hospitals, and more ensuring a steady supply chain and sufficient resources, to public health officials maintaining social distancing guidelines or reissuing stay-at-home orders, what measures will we need to prepare for? How likely will they be necessary the second time around? As communities across the country, including Houston, face a potential second wave — one that may overlap with the seasonal reemergence of the flu — join Asia Society to learn about the risks of a new wave of COVID-19 cases and what our communities and medical centers can do to help mitigate those risks.

Dr. Marc L. Boom, M.D., M.B.A., F.A.C.P., F.A.C.H.E., is president and CEO of Houston Methodist and holds the Ella Fondren and Josie Roberts Presidential Distinguished Centennial Chair. Houston Methodist is a hospital system with more than 2,300 beds and 24,000 employees. Its flagship, Houston Methodist Hospital, has been ranked by U.S. News & World Report as an Honor Roll hospital and the No. 1 hospital in Texas for eight years in a row –and named an Honor Roll hospital three times. The system also includes a world-renowned research institute as well as seven community hospitals and multiple standalone emergency care centers all serving the Houston region. Houston Methodist is affiliated with a number of academic institutions that support its teaching and research initiatives, including Weill Cornell Medical College, New York Presbyterian Hospital, and Texas A&M University.

Dr. Boom holds a B.S. in Biology with High Honors from the University of Texas at Austin, an M.D. with High Honors from Baylor College of Medicine, and an M.B.A. from The Wharton School of the University of Pennsylvania. He completed a residency in internal medicine at Massachusetts General Hospital, Harvard Medical School, and fellowships in geriatric medicine and general medicine at the Hospital of the University of Pennsylvania. He is board certified in internal medicine and geriatric medicine and is a Fellow of the American College of Physicians. Previously Dr. Boom was executive vice president of The Methodist Hospital, president and CEO of Methodist Diagnostic Hospital and president/CEO/medical director of Baylor-Methodist Primary Care Associates, a network of primary care physicians.

Dr. Boom is also an assistant professor of medicine at Weill Medical College of Cornell University, an adjunct professor of management, policy and community health at The University of Texas School of Public Health and previously an adjunct professor of Management at Rice University. Dr. Boom is a member of numerous professional and community organizations including the American College of Healthcare Executives, The Leadership Institute, the American College of Physician Executives, the University of Texas College of Natural Sciences Advisory Council; and, the American Heart Association where he is Past-President of the Board for the Houston Office. Dr. Boom is chair-elect of the Texas Hospital Association having previously served on the organization’s board of trustees. He represents Houston Methodist Hospital on the Vizient Consortium CEO Executive Board. Dr. Boom has been a member of the Young Presidents Organization (YPO) since 2012. He served as moderator of the group’s Forum V in 2013-2014. Dr. Boom also serves on the board of Texans By Nature and the Houston Advisory Board of Directors of Amegy Bank. He previously served as chair of the Health Care Advisory Committee of the Greater Houston Partnership. He maintains a part-time clinical practice where his special interests are preventive medicine, lipid disorders, and hypertension.

Dr. Boom was named CEO Communicator of the Year by the Houston chapter of the Public Relations Society of America in 2014. He was finalist for the 2009 and 2010 Health Care Hero Award by the Houston Business Journal. In 1999, Modern Healthcare magazine named Dr. Boom one of healthcare’s newest leaders –the “Up and Comers.” In the 2007 Modern Healthcare “Up and Comers Yearbook” celebrating 20 years of the list, Dr. Boom was singled out as the “Star Student” of the “Up and Comers Class of 1999.” The American Heart Association awarded Dr. Boom the “2006 Distinguished Service Award” and in 2012, Dr. Boom and his wife Dr. Julie Boom received the “Good Samaritan Award” from Interface-Samaritan Counseling Centers. In 2016, he was selected to receive the year’s American College of Healthcare Executives Regent for Texas –Southeast, Senior-Level Healthcare Executive Award as well as the ACHE’s Recognition Award.

Dr. Julie Boom is a pediatrician at Texas Children’s Hospital. Her special interests are in vaccine advocacy and research. Married for more than 25 years, the Booms have three children, Kathryn (24), John (20), and Janie (14). They are active members of First Presbyterian Church. Dr. Boom enjoys travel, soccer, gardening, playing the piano and gourmet cooking.

Dr. Ali S. Khan, MD, MPH, MBA, is Dean of the College of Public Health at the University of Nebraska Medical Center (UNMC) and a former Assistant Surgeon General with the U.S.Public Health Service. Dr. Khan’s professional career has focused on health security, global health, and emerging infectious diseases. He completed a 23-year career as a senior director at the Centers for Disease Control and Prevention (CDC), which he joined as a disease detective, and where he led and responded to numerous high profile domestic and international public health emergencies. Dr. Khan was one of the main architects of CDC’s national health security program and continues this work at UNMC, which has been nationally-designated to prepare the American healthcare system to respond to outbreaks of high hazard pathogens. He also continues to actively support global outbreak responses such as the response for the West Africa Ebola outbreak in Sierra Leone and the Rohingya refugee crisis in Bangladesh as a member of World Health Organization (WHO) Global Outbreak Alert and Response Network (GOARN).

Dr. Khan received his medical degree from the State University of New York Downstate Medical Center in Brooklyn, and completed his pediatrics and internal medicine training at the University of Michigan. Dr. Khan has a Master of Public Health from Emory University’s Rollins School of Public Health, and a Master of Business Administration from the University of Nebraska at Omaha. He has authored numerous papers and publications and has consulted extensively for multiple U.S.organizations, ministries of health, and the World Health Organization where he serves on the steering committee for GOARN. Dr. Khan is the author of The Next Pandemic: On the Front Lines Against Humankind’s Gravest Dangers. 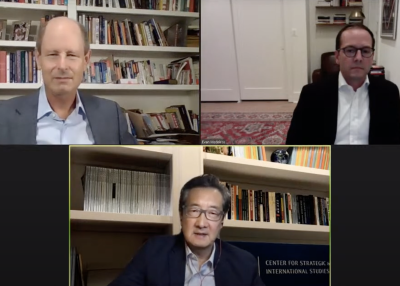 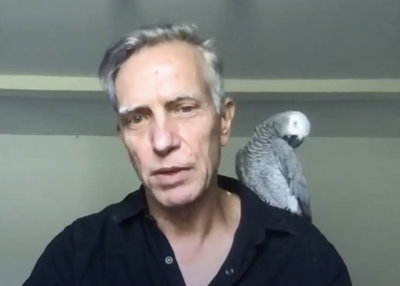 Joseph Havel marked the opening of new exhibition 'Joss' by walking through how he casts bronze and sharing images and video clips of different stages of his processes. 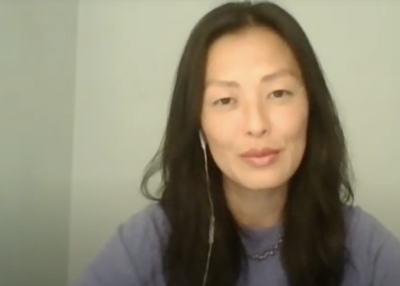 Brookings Institution senior fellow Dr. Jung Pak shared insights on how the current North Korean leader is different than his predecessors, and the global impact he has had so far. 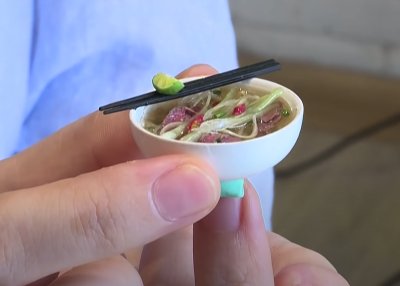 Around the World: Sculpting Miniatures of Vietnamese Food, Learn Japanese-Inspired Stenciling, and More

In this digest of visual art, learn about photographer Tenzing Dakpa's autobiographical series 'The Hotel,' find inspiration in Japanese katazome textiles to make your own art at home, and more. 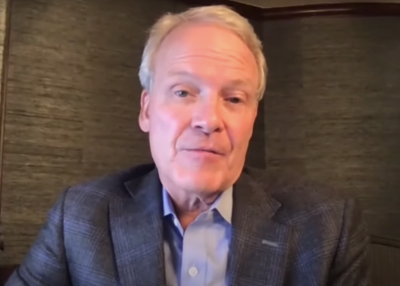 Houston Methodist's Dr. Marc Boom returned to discuss the state of the coronavirus in the fall, the status of testing, and hopes around treatments and vaccines, five months after his first appearance with Asia Society in April. 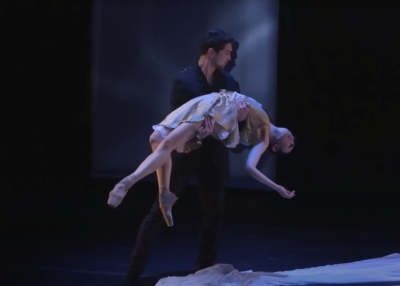 In this digest of Performing Arts and Culture, learn about Houston Ballet principal dancer Charles-Louis Yoshiyama's journey in a special interview, tune in for the 2020 Singapore Literature Festival, and more.