[WEBCAST] The Economic and Financial Impacts of Coronavirus: How Do We Get Back to Normal? | Asia Society Skip to main content

[WEBCAST] The Economic and Financial Impacts of Coronavirus: How Do We Get Back to Normal? 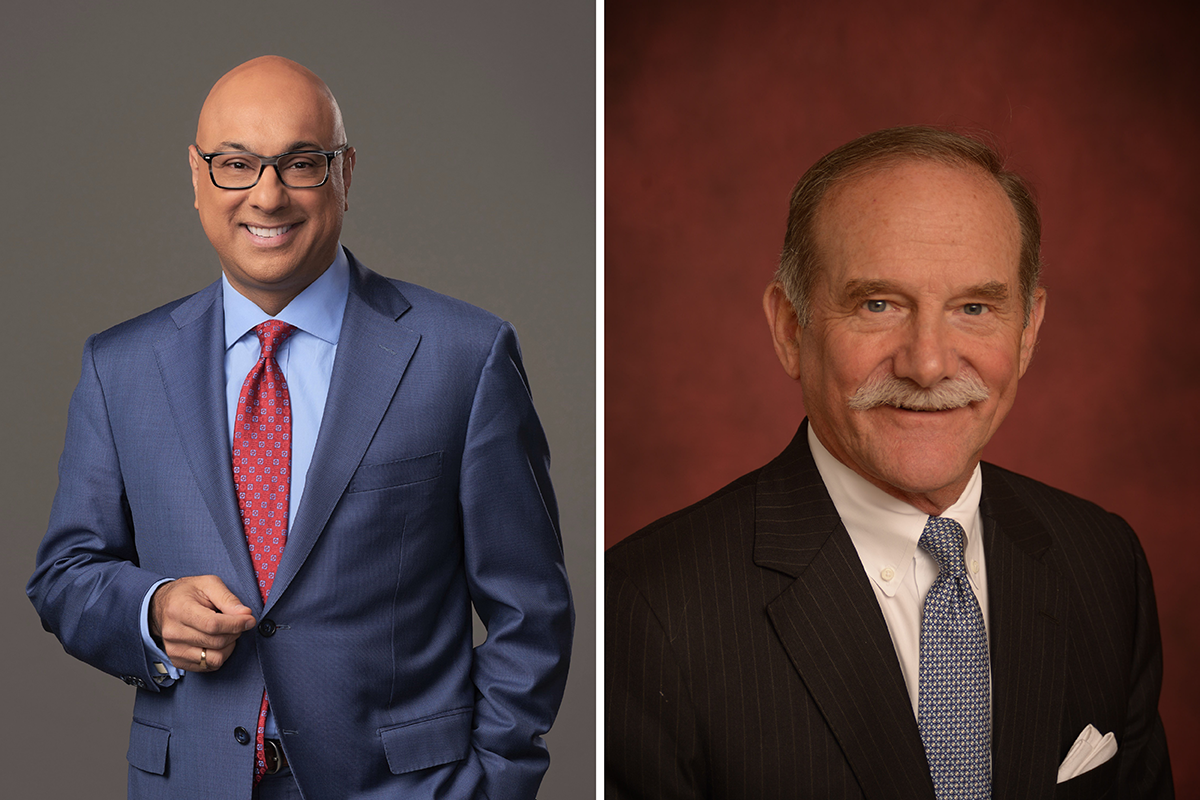 Tune in Thursday, April 16, at 7:30 p.m. CT for a live video webcast. We invite audience questions via YouTube.

The COVID-19 pandemic has impacted people and economies across the world. An unforeseen human tragedy has become a major economic crisis. The disease is present in virtually every country in the world, and governments have been forced to take unprecedented actions to slow the spread across their populations. As of April 1, the United States has over 215,000 confirmed COVID-19 cases, and that number is growing almost exponentially. Federal and state governments have collectively — and intentionally — shuttered much of the economy. Public gatherings have been canceled, and stay-at-home orders are sweeping across the country.

Amidst this environment, fear has gripped the public markets, and a demand shock has driven oil to its lowest price in decades. The airline, hospitality, and entertainment industries have been gutted. As a result, global unemployment is spiking and a steep recession is inevitable with businesses of all sizes facing the possibility of bankruptcy. For the week ending March 28, over 6.6 million people in the U.S. filed claims for unemployment benefits, far exceeding many economists' expectations.

Government and business leaders are responding to this crisis not just in the U.S. but around the world. Central banks have slashed interest rates and are pumping trillions of dollars into the global financial systems to keep money flowing. World governments are making direct cash payments to citizens as well as small businesses to keep economies from collapsing. Will all of these actions be enough as millions face the realities of lost income, lost savings, and more? Join Asia Society Texas Center for a discussion with Ali Velshi and Marty Goossen on the realities of the economic and financial impact of COVID-19, what has been done, and what more needs to be done to address this issue.

Ali Velshi brings his sharp analysis and point-of-view to the new weekend morning show, “Velshi,” airing from 8 a.m. to 10 a.m. ET on Saturdays and Sundays on MSNBC. Previously, Velshi anchored “MSNBC Live” and “Velshi & Ruhle.” The MSNBC host will continue to serveas a fill-in prime anchor and cover breaking news for the cable network. Velshi has covered a wide range of domestic, global and economic issues throughout his career, including climate change, the spread and defeat of ISIS, the refugee crisis, the Iran nuclear deal, tensions between Russia and the west, the Greek debt crisis and the global financial crisis.

An award-winning journalist, Velshi was honored with a National Headliner Award for Business & Consumer Reporting for “How the Wheels Came Off,” a special on the near collapse of the American auto industry. His work on disabled workers and Chicago’s red-light camera scandal in 2016 earned him two News and Documentary Emmy Award nominations, adding to a nomination in 2010 for his terrorism coverage. Additionally, Velshi has taken his economic analysis to “Oprah,” “The View,” and “The Daily Show with Jon Stewart.”

Velshi is the author of Gimme My Money Back (Sterling and Ross, 2008) and co-author with CNN’s Christine Romans of How to Speak Money (Wiley, 2010).

Born in Kenya and raised in Canada, Velshi graduated from Queen’s University in Canada, which bestowed an honorary Doctorate of Laws upon him in 2016. Velshi splits his time between New York City and Philadelphia, where he teaches a course at the Wharton School of the University of Pennsylvania. Active in the community, Velshi serves on the Boards of Trustees of the Chicago History Museum, Seeds of Peace, the XPrize Foundation, The National Constitution Center, and the Philadelphia Citizen, and is a member of the Council on Foreign Relations. As of September of 2019, he is an instructor in “Business Communications for Impact” at the Wharton School of the University of Pennsylvania. 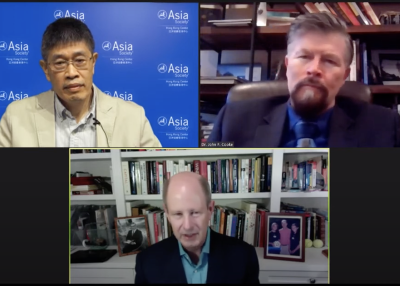 In partnership with Asia Society Hong Kong, Asia Society Texas Center presented a program on the global efforts to develop vaccines and treatments for the novel coronavirus. 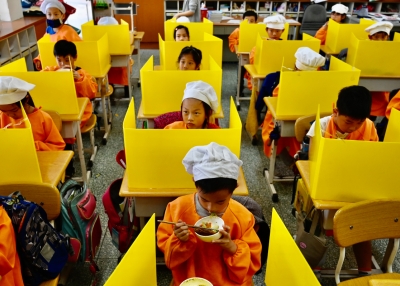 Around the World: How Taiwan Suppressed the Coronavirus; The Past, Present, and Future of Artificial Intelligence;and More

In this weekly digest of Business and Policy topics, tune in to a webcast on how different regimes have responded to the coronavirus pandemic, revisit a previous Bank of America Women's Leadership Series program, and more. 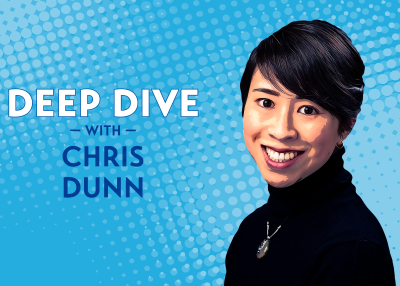 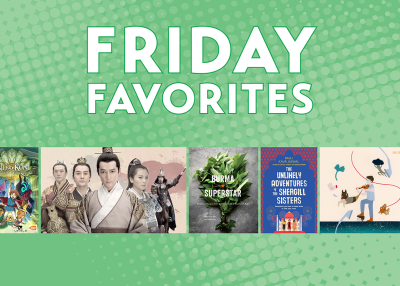 Each week, we're sharing the Asia Society Texas Center team's picks for what to read, watch, and listen to. Join us to learn about tabletop game Carrom, videogame 'Ni no Kuni: Wrath of the White Witch,' and more. 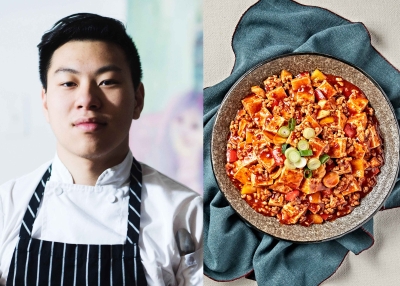 Around the World: Mapo Tofu Cook-Along with Junzi Kitchen's Lucas Sin, 'I Will Make You Mine' Film Debut, and More

In this weekly digest of Performing Arts and Culture, tune in for a webcast discussion with artists featured on the new Smithsonian Folkways Asian Pacific America Series, see a film that would have debuted at SXSW, and more. 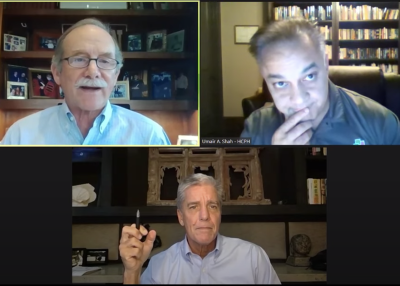 Thu 16 Apr 2020
7:30 - 8:30 p.m.
Houston Time
Calculate your local time »
20200416T193000 20200416T203000 America/Chicago Asia Society: [WEBCAST] The Economic and Financial Impacts of Coronavirus: How Do We Get Back to Normal? The COVID-19 pandemic has impacted people and economies across the world. Will relief efforts by governments and banks be enough as millions face the realities of lost income, lost savings, and more?